The federal government will probably be running health care exchanges in many states, said Sandy Praeger, Kansas Insurance Commissioner and head of the Health Care and Managed Care (B) Committee of the NAIC in an interview.

The federal government, through the U.S. Department of Health and Human Services (HHS), will probably be running health care exchanges in many states, said Sandy Praeger, Kansas Insurance Commissioner and head of the Health Care and Managed Care (B) Committee of the NAIC in an interview after the HHS released its interim final exchange rules Monday.

“Each one is going to have a different flavor,” “she said about the various state exchanges. ”We all get to establish our own essential health care benefits,” for instance, she said.

Praeger, a past president of the NAIC, said she still sees opportunities for states to perform many functions for HHS, especially including the rate and form review and network adequacy functions, and cited the SERFF system as a tool.

SERFF, the System for Electronic Rate and Form Filing, is an NAIC business arm and program that offers a technological solution to for both the filing and approval process.

“I really think HHS will use our SERFF system,” Praeger said. “The more they learn about it, the more they realize they don’t have to ‘reinvent the wheel.’”

According to SERFF’s website, 49 states, the District of Columbia, Puerto Rico and over 3,400 insurance companies and others use SERFF. In 2010, the system recorded more than half a million filings and generated $4.2 million, or 5% of NAIC revenue.

The NAIC is developing guidance for how states might approach the areas in which they can play a role, with proposals and white papers, and hope to get that done before the August Summer meeting, via the Exchanges (B) Subgroup, Praeger said.

The NAIC has a white paper, Financing the Exchange.

Praeger mentioned that there could be some sort of memo of understanding between the federal government and the states with regard to integrating the SERFF system within the exchanges. Doing so could save money for the government and for insurance companies, which would not need to make duplicative rate and form filings, she said, adding that the exchanges do know it will be a “heavy lift,” but that the insurance companies would be gaining “a whole lot more customers.”

Some states that got rate review grants were able to give a portion of that grant to NAIC and SERFF personnel in order to get some of that technology integrated, Praeger noted.

By Oct. 1, 2013, states are required to have formed new organizations to operate the exchanges, including hiring and training staff, and implementing business processes and IT systems. The exchanges must be operational by Jan. 1, 2014.

“There is concern from a state regulatory standpoint that there will be some market shrinkage – smaller companies will be purchased by some of the larger ones, but, on the other hand, the exchange, create more of a level playing field,” Praeger said.

She said that it is “unfortunate” for customers as well as for companies in the states who may have drawn a line in sand, and done no work, and who are tossing the dice as to whether there will be an overturn of healthcare reform either by the Supreme Court of by a Republican landslide in the national election, with a Republican Senate.

Praeger, an elected commissioner whose second term runs until 2014, said Kansas, a GOP stated led by Gov. Sam Brownback, will likely start with a federally facilitated exchange – at least, at first. Much of the decisions regarding whether to start setting up exchanges are done by the governors’ offices in states. Kansas had decided to return a $31.5 million federal grant to help develop an online insurance exchange database system.

Health exchange regulations unveiled Monday made clear that consumers in all states will have access to the new system effective Jan. 1, 2014, whether it be through a federal exchange or a state exchange.

“These policies give states the flexibility they need to design an exchange that works for them,” stated HHS Secretary Kathleen Sebelius.

Separately, a KPMG poll released March 12, showed that 62% of state government respondents don’t know status of exchange development in their state and cite cost and uncertainties as the main challenges in forming exchanges.

“What’s interesting is the fact that a combined 32% of respondents indicated that either political concerns or uncertainty regarding the future of the legislation as the primary challenge,”  Hencoski stated. “….However, waiting creates the risk that there simply won’t be enough time to have a state exchange operational by the 2014 deadline.”

Some 26 states have challenged the act in court and about one third of states have not made substantial progress to prepare for the exchanges – and the timeline for implementation is short, Hencoski noted.

The KPMG survey was conducted as part of a Feb. 21.

This version corrects a SERFFrevnue number. SERFF provided 5%, not 20%,  to the NAIC’s budget. Also, comments for the exchange white paper clsoed a year ago. 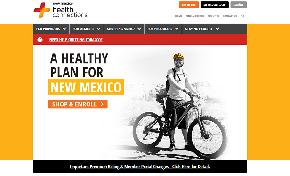