By Ron DeLegge | February 24, 2012 at 07:00 PM | The original version of this story was published on Research Magazine

The aftermath of the credit crisis has dramatically changed the behavior of corporations.

The aftermath of the credit crisis has dramatically changed the behavior of corporations. To appease financial markets, companies quickly reduced costs, ramped up productivity and have enjoyed record profits ever since. But the crisis also led to other unexpected changes: a mountain of corporate cash.

How can advisors tap into this wave of increasing dividends? And which ETFs can help them to boost their client’s income?

Industry sector ETFs that concentrate on segments of the market where dividends are increasing or higher than broader benchmarks offer one strategy for capturing more income. Investing in individual stocks and depending on dividend income from one company increases a client’s risk, whereas owning a basket of stocks is the safer strategy.

For advisors looking to diversify away for U.S. securities, BlackRock also offers the iShares S&P International Stock Index Fund (IPFF). The fund has 82% of its exposure concentrated in the financial sector. The top countries represented inside IPFF are Canada (79.17%), United Kingdom (11.25%) and Sweden (4.78%). IPFF’s dividend yield is 2.04%.

Utilities are another sector that has a record of consistently high dividends.

The Utilities Select Sector SPDR (XLU) has a 3.80% yield and owns S&P 500 stocks that produce and distribute electricity along with natural gas. Among XLU’s 33 holdings are utility titans like Duke Energy, Exelon and Dominion Resources. Over the past year, utilities have bucked the stigma of being a dull and low return sector. In 2011, XLU gained 19.53%. XLU’s annual expense ratio is 0.18%.

Another strategy for obtaining more income is ETFs that own stocks with a history of increasing dividends. Most of these dividend ETFs will also offer broader market coverage than what a sector fund can offer.

The SPDR S&P Dividend ETF (SDY) comprises the 60 highest dividend yielding stocks within the S&P Composite 1500 Index that have increased dividends every year for at least 25 consecutive years. While many dividend oriented equity ETFs are heavily concentrated in a handful of industries, like financials, SDY’s overall sector exposure is broader than most. Financial stocks make up just 19.23% of SDY, while consumer staples (18.7%), industrials (13.94%) and consumer discretionary (11.32%) are among the other top categories.

SDY is linked to the S&P High Yield Dividend Aristocrats Index. It carries a yield of 3.23% and charges annual expenses of 0.35%.

The Vanguard High Dividend Yield ETF (VYM) screens for stocks that pay high dividends. Although VYM has only yielded slightly more than the S&P 500 on a historical basis, it takes a conservative approach. With roughly 439 stocks, VYM is well diversified and loaded with blue chips like Exxon Mobil, Johnson & Johnson and Microsoft. The fund yields 3.44%.

There are other approaches to seeking income in a world of low interest rates. A negative news report on the 60 Minutes TV show about massive defaults in the municipal bond market in late 2010 scared many investors away. But instead of collapsing, munibonds increased in value. The Barclays Capital Municipal Bond Index, a widely followed barometer of national U.S. municipal bond performance, gained 10.7% in 2011. Also, credit quality did not fall apart at the seams as many strategists predicted.

“Municipal yields, nominally, not even tax adjusted, have been at or higher compared to U.S. Treasuries over the past several months,” said Jim Colby, senior municipal strategist and portfolio manager at Van Eck Global. “Right now represents a unique buying opportunity for investors.”

For over four decades, the portion of rated munibonds that have defaulted is below 0.5%, according to research from Moody’s Investor Services and Standard & Poor’s.

Astute advisors are cautious about chasing yield at the long end of the yield curve.

“I’m sticking with bonds that are short to intermediate term durations to get more yield than a savings account,” says Mappa. “But at the same time, I want to protect against a potential uptick in future rates, where the principal value would substantially decline.”

In its January meeting, the Federal Reserve Board reiterated its goal of keeping short-term interest rates pegged near zero until 2014. That means low yielding income products like bank CDs and money market funds won’t be much help for income starved investors. An attractive way to help clients overcome the income shortages from living in a low rate environment is to take calculated risk in order to generate some yield.

DFA Joins ETF Party, but Is It Too Late?

According to Morningstar, DFA's fund outflows over the past 12 months topped $19.5 billion on May 31. 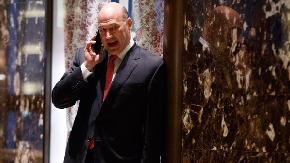