Bruce Johnston posted an informative comment to my last blog, “The Social Media Lessons for Advisors from Rep. Wiener’s Problems.” As Bruce is one of the most knowledgeable people on the planet when it comes to financial advisors using social media, I gave him a call to find out more...

Bruce Johnston posted an informative comment to my last blog, “The Social Media Lessons for Advisors from Rep. Wiener’s Problems” about the FINRA and SEC regulations regarding the latest innovations in electronic communications. As Bruce is one of the most knowledgeable people on the planet when it comes to financial advisors using social media, I gave him a call to find out more about the challenges of social media in the financial services industry.

D. Bruce Johnston spent most of his professional career as a top marketing executive at major financial services firms. About four years ago, he realized the potential for social media in financial services, but couldn’t get any of the major companies to listen to him. So, he and a couple of partners launched Advisolocity in Tuttle, Okla.; a full-service digital marketing consulting firm, to work directly with financial advisors. “We started helping the advisors on the front lines, because most of the distribution companies just haven’t gotten it yet,” Johnston said.

So, make no mistake, Bruce is a big advocate for advisors using social media—Facebook, LinkedIn, Twitter, YouTube, texting, etc.—to more effectively communicate with their clients. But he also is fully aware of the pitfalls for advisors and BD/custodial firms that are blindly venturing into this new virtual reality. “FINRA ruling 10-06 and subsequent SEC guidelines have stated that BDs have a responsibility to monitor advisor communications on social media platforms,” he says. “But neither regulator has definitively stated how this monitoring should be done.”

Obviously, this places firms and advisors in the difficult position of clearly being required to do what is unclear. But, according to Johnston, what is clear are the two most critical areas for advisory social media communications: archiving and sales literature. “Advisors already accept that they need to archive their email communications,” Johnston points out. “Now, they have to archive all their other digital communications as well: everything from their Facebook postings to their Tweets.”

Johnston says that when he asks advisors if they are archiving their social media, the invariable response is: “No, but they are personal communications.” Sound familiar? The problem is that it will be the regulators who determine what is and what isn’t “personal communication,” not the advisor himself, nor even Congressman Wiener. And without any current guidelines, that determination will most likely be made after the fact, and probably in conjunction with a penalty.

“I can’t tell you how many Tweets I’ve received saying: ‘financial planner for hire by the hour’ or ‘read this research report,’ ” says Johnston. “Do you really think simply saying ‘that’s personal’ is going to hold up? Advisors are just going to need to accept that when you’re in this business, you don’t have personal communications.”

The other issue for advisors is sales literature. According to Johnston, Facebook pages and LinkedIn profiles are considered sales literature by FINRA, which means that they have to be reviewed by compliance departments before they go live, and any changes also need to be approved. And every firm will soon be issuing guidelines for any kind of digital correspondence. Sound a bit like Big Brother?

After talking with Johnston for an hour, one starts to realize the magnitude of both the opportunities and the challenges that digital mass media posses for the financial services industry. On one hand, a rapidly growing number of prospective clients—both young and old—are communicating with each other via the latest social media platforms; and they expect their advisors to reach them that way as well. On the other hand, the immediacy and personalization of social media goes far beyond anything the writers of current regulations ever imagined.

This brave new world will take some time to sort out, and in the meantime, advisors will do well to remember WienerGate: What is and isn’t acceptable behavior in social media probably isn’t going to be your call—and after the fact probably isn’t the best way to find that out. 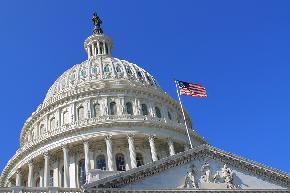