The Obama Administration's proposed cap on charitable deductions for the highest earners among us hasn't been front-and-center for several months, but it will grab headlines again.

The Obama Administration’s proposed cap on charitable deductions for the highest earners among us hasn’t been front-and-center for several months, but it will grab headlines again. To refresh, his budget proposal would prevent those who earn more than $250,000 per year from claiming their income-tax charitable deduction up to their highest marginal tax rate. Those deductions would be limited to 28%. So, if a high income taxpayer makes a $10,000 charitable gift, their deduction could not exceed $2,800, rather than being as high as $3,500, based on the highest federal income tax rate of 35%.

Non-profit professional associations, charities and commentators have yelped that this will be a death blow to our nation’s nonprofits. Surely, it isn’t great news for nonprofits, but I don’t think it will be as devastating as many believe.

I have faith in the American donor. I know their primary motivations for giving are love for a charitable mission and setting a good example for family and society; in other words, supporting charity and encouraging others to do the same. The 2007 U.S. Trust Survey of Affluent Americans revealed that a mere one-third of respondents cited tax considerations as their primary reason for giving. However, in a 2005 WSJ Online/Harris Interactive poll, taxes ranked fourth after the altruistic motivations. (The WSJ/Harris poll is four years old, but I don’t think giving motivations change much over even longer periods.)

Plus, people of modest means contribute the vast majority of the charitable dollars. The $25 and $50 donations from those making up to $200,000 a year added up to nearly two-thirds of the gifts in 2004, according to Giving USA 2007. (That $200,000 income-level was the Giving USA cutoff. If you raise the income-level to Obama’s proposed $250,000, the charitable gifts would be even higher as more charitably minded people fall beneath the threshold.)

In a May 9 blog post, Obama budget director Peter Orszag reiterated the administration’s commitment to the cap and lawmakers on both sides of both chambers have been objecting since the proposal was first announced. At this stage all we have is a proposal. There’s likely to be serious horse trading before something becomes law, and there’s plenty of time for modifications. Whatever results won’t take effect until 2011–unless the effective date is modified. Until then, donors can still make gifts in 2009 and 2010 that are deductible up to their highest tax rate. Some gift ideas for your clients include:

Since I’m suggesting these for a term of years, they can be used for clients of any age. Typically we think about these for the charitably inclined in their 60s, 70s and 80s. Why not a short-term trust for a 30-, 40- or 50-year-old? With life expectancy off the table the payout rate can be more generous and the charity gets a gift in a few years. Do you have a client who has a campaign pledge to pay? They can earn income at a good rate and the obligation is paid before the campaign ends.

For any of these trusts, consider yourself as trustee, so your clients’ charitable dollars don’t depart the portfolio immediately. You need to be experienced with the fiduciary duties of trusteeship so don’t take it on lightly. If you’ve got that experience, or are affiliated with a trust company, you can earn some fees while your clients’ charitable wishes are fulfilled.

The Obama proposal doesn’t worry me much. I’m more concerned about unemployment, credit availability, mortgage relief and consumer confidence. I believe his proposal–which takes aim at the fourth-ranking motivation of those who give one-third of the charitable gifts–won’t kill charitable giving. And there are plenty of options in the meantime. .

Advisors should consider Roth IRA conversions and irrevocable trusts as governments pile on debt, they said. 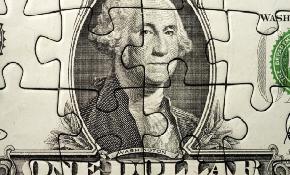