When researchers at Deloitte & Touche L.L.P., New York, conducted face-to-face interviews of computer security executives at 10 big insurance companies and 90 other big financial services companies earlier this year, they found that 83% of the participants said their systems had been compromised in the past 12 months. About 40% of those participants’ companies had suffered financial losses as a result of the attacks.

When the researchers asked about attacks in 2003, only 39% of the participants said their systems had been compromised.

Financial institutions “are under increased pressure to deliver a secure environment while also providing greater consumer access,” says Ted DeZabala, a Deloitte principal. “There is a very fine balance between meeting such demands while maintaining the level of security needed to prevent and manage attacks.”

Despite the surge in attacks, more than a quarter of survey participants are making do with flat security budgets. About 10% of the participants have less cash to spend this year than they did in 2003.

The percentage of participants who say their companies have fully deployed anti-virus measures has dropped to 87%, from 96% in 2003.

But, on the bright side, more financial services companies have programs for managing privacy, and more computer security specialists say senior managers are committed to doing what it takes to comply with security regulations, Deloitte says.

But they performed better than they did during 2008 financial crisis, the firm says.

It may even lead to 4-5% inflation next year, he forecasts. 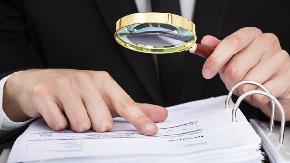 Here's what SEC examiners will look for in the year after the June 30 compliance date.