To Save for Retirement, Workers Need an Emergency Savings Solution

If we’ve learned anything from the past couple of years, it’s to expect the unexpected.

For retirement savers this has been a challenge — particularly with many struggling to balance daily expenses, retirement saving, and debt.

The right emergency savings package could be a valuable benefit for workers, and recent legislative proposals seek to tackle that challenge.

Workers and retirees are chronically under-saved, particularly for short-term expenses and emergencies. According to several studies, fewer than 4 in 10 Americans have saved enough to cover an unexpected expense of $1,000.

With debt balances across the U.S. now at $1.7 trillion (about $5,200 per person more than in 2019), low- to middle-income workers in particular are feeling the pinch of rising day-to-day expenses, increased debt, and saving for retirement.

There’s nothing extravagant in their plans for the future. In fact, many workers today report they simply hope to maintain their current standard of living in retirement, with only 40% saying they feel confident they’ll have enough saved to live comfortably, according to recent Principal research.

It’s not just workers worrying about these issues, policymakers are concerned, too.

In late March, as Secure 2.0 was being passed in the House, the Senate Health, Education, Labor, and Pensions Committee also held a hearing on similar retirement topics.

Building off provisions from the Rise Act, Secure 2.0, and the Retirement Security and Savings Act, the new proposed Rise & Shine Act, or S. 4353, focuses on creating additional protections for workers and retirement savers at all stages of their retirement timelines.

Approved in mid-June by the Senate HELP Committee, the Rise & Shine Act would enact a number of improvements to the retirement system, including a provision that would enable employers to offer post-tax emergency savings accounts into which employees may be automatically enrolled to fund emergency expenses.

Employers could also contribute to the emergency savings accounts (separate from matching contributions). Withdrawals could be restricted, but not less than monthly.

Important to note: In contrast with retirement savings plans, no early withdrawal penalty would apply to withdrawals from these sidecar accounts.

The Rise & Shine Act states that all contributions to the accounts must be combined with the defined contribution retirement savings plan for application of contribution and annual additions limits, and nondiscrimination and top-heavy testing.

That’s a potential headache for many.

This legislation also addresses emergency savings, but rather than establish a separate savings account, the EARN Act would allow for annual, penalty-free withdrawals (up to a max of $1,000 from defined contribution plans), and the ability to make withdrawals for any reason.

While this idea seems less complicated than the sidecar option, it comes with its own set of concerns and administrative issues.

Participants who take a withdrawal would have three years to repay it.

And, before becoming eligible for a second or subsequent withdrawal, the participant must recontribute (through normal contributions) at least the amount of the last withdrawal.

The policymakers behind these ideas believe that easier access to penalty-free withdrawals will reduce the number of loans and hardship withdrawals, or leakage, from retirement savings.

But it’s also possible that the availability of annual, penalty-free withdrawals from a retirement account could have unintended behavioral impacts. And the availability of sidecar emergency savings accounts could also serve to divert employee contributions from long-term retirement savings given the greater ease of accessing the money.

Although salary stagnation and slower job growth may contribute to these impacts — debt is definitely a leading concern for many workers. At the beginning of the year, we saw 64% of the U.S. population living paycheck to paycheck (up from 61% last December).

New emergency savings provisions could help retirement savers not pull from their retirement savings or take large loans or hardship withdrawals to cover emergencies, or get out from under their burden of debt.

We’re not sure how much of the current emergency savings-focused provisions will pass later this year, but what’s clear is that Congress will continue reviewing workplace retirement savings plans as a solution for addressing broader financial wellness issues and goals.

Time will tell if tethering emergency savings to retirement savings might lead to incremental benefits — or unintended problems.

In the interim, although we’re encouraged by some of the efforts both the House and Senate are making towards recognizing these complex issues, there’s still much that needs to be addressed.

We’ll continue to watch closely and advocate for beneficial solutions to better support American workers as they plan for retirement. 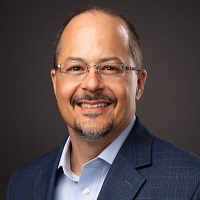