The time has come for employers to make mandatory contributions to defined contribution plans. Please do not shoot the messenger: We need to address this reality in order to achieve the retirement outcomes needed for Americans.

At the same time, Fidelity Investments recently reported that the average 401(k) balance reached a record $130,700 in the fourth quarter 2021.

While this is a wonderful result, this amount will not provide enough supplemental retirement income to maintain employee lifestyles when employees stop working, after taking into consideration increased living costs and projected life expectancies.

Lastly, on a global basis the United States’ existing retirement laws, regulations and structures are producing outcomes that rank well down the major country rankings.

Realizing that change is needed, our legislators at the federal and state level continue to look for ways to reform our defined contribution-focused retirement system and increase projected future savings by expanding access to retirement plans and allowing lifetime income products to be part of plans.

While these efforts are laudable, they do not go far enough.

In my view the proposed changes will not translate into accumulating the amount of needed assets to generate satisfactory retirement outcomes for households.

We will likely fall short as increasing access or adding income options does not necessarily equate to actually having cash in retirement accounts when full-time work ends.

What is needed is to mandate having defined contribution plans in place for all workers – both part-time and full-time – and requiring minimum corporate retirement contributions.

Let’s explore why these mandates are needed.

Here are some thoughts on the environment we face today and for the near future:

Over the last several decades through legislation and regulation we have moved the responsibility for retirement saving from corporations to individuals.

We have put households, already dealing with the high costs of living including energy, health care, education and housing, in charge of saving enough to provide future incomes that will allow them to have reasonable lifestyles in later life.

At the same time wages have not increased sufficiently to compensate for the increase in living costs.

The result of this squeeze is that households have not been able to accumulate sufficient savings and benefits to secure their non-working years.

Due to low levels of savings and resources, more and more Americans will likely depend on Social Security retirement benefits as their primary income source to pay living expenses when full-time work stops.

As we know, Social Security was only designed to replace about 40% of the average worker’s compensation prior to retiring. Relying on Social Security as the primary income source will not result in satisfactory lifestyles in retirement.

The financial status of Social Security needs reform to be sustainable for current and future beneficiaries. This effort will likely put additional pressure on the federal government and workers to contribute more.

As we have demonstrated in the past few decades, mandating defined benefit plans for all workers is not feasible from a financial and accounting standpoint for businesses.

Post pandemic, we have seen that American business needs qualified workers. Recruiting and retaining qualified workers is essential for business success today and in the future. Enhanced retirement savings offerings could lead to attracting the needed workers.

Given that we already have a full defined contribution infrastructure in place we should find a way to use it better.

It has all the major regulations, years of business use and worker familiarity that come from the program being in place since 1978.0

We could mandate a minimum contribution of at least 2% of salary and allow for matching of employee contributions above this amount. We could also mandate the vesting methodology for these contributions.

This new effort could be subject to the contribution maximums already in place.

As a country, we need to take serious action to improve retirement outcomes for our citizens.

Workers just don’t have the capacity to save more for the future, and for the lengthening life expectancies many of us will be lucky enough to experience.

There needs to be a larger inflow of savings dollars into retirement plans.

Again, please don’t shoot the messenger, but this funding should come from corporations. It is the stark reality we are facing. 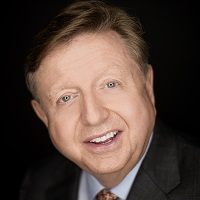 Harry N. Stout has been the president of Fidelity & Guaranty Life, deputy chief executive of Old Mutual Financial Network, and managing director of Insurance Insight Group. He is also the host of the “FinancialVerse Podcast” and the author of The FinancialVerse personal finance books and of Today’s Annuities — A Tool to Create Protected Lifetime Income.