by Richard Beleutz and Jose Garcia

What a difference a decade (or so) can make.

Roughly 13 years ago, the life settlements market suffered a massive dislocation. Changes to actuarial assumptions used by industry medical underwriters combined with the global financial crisis to create a confluence of events that left many portfolios in shambles and many investors wary of the asset class.

Today, however, with stock market valuations near record levels and real bond yields below zero, the central premise of life settlements — an asset class capable of delivering high single- to low double-digit annual returns with low correlation to traditional financial investments — is more relevant and appealing than ever.

With that perspective as context, it’s instructive to recall exactly what happened to life settlements late in the first decade of the new millennium and to ask whether today’s market is in a better position to withstand the next major financial shock. To the extent last year’s pandemic-related market swoon served as a stress test for life settlements, the early indications are reassuring.

Thirteen years ago, a perfect storm affected life settlements, and the industry was not prepared. “Hot money” was pouring into a comparatively small market. Banks were loosening their purse strings to provide leverage and financing for policy premiums. At the same time, new buy-side players were entering the space, often with more capital than experience in the highly specialized asset class.

The first domino to fall was in late 2007, when two leading underwriters to the life settlements industry made changes to their data tables. This was followed in February 2008 by an update to the Valuation Basic Tables (VBTs), a key mortality input used throughout the life insurance industry to calculate life expectancies. These changes affected asset valuation levels for many portfolios more negatively than expected. In some cases the write-downs triggered by revised life expectancies meant financed assets were underwater, resulting in forced selling.

On their own, the valuation markdowns would have been a big development for the life settlements market. However, they were followed the very next month by an event that shook the entire global financial system — the March 2008 collapse of Bear Stearns (and, just six months later, by the even bigger collapse of Lehman Brothers). The ensuing financial crisis had major impacts on life settlements: The leverage that was financing premiums in many portfolios became much more expensive or dried up altogether and discount rates climbed sharply, creating losses on portfolios being marked-to-market. The natural desire to cash in “good assets” to pay for “bad assets” in difficult times also had a negative effect on life settlement funds, as redemption requests forced the liquidation of policies at distressed levels.

Thus, returns in the asset class broadly declined, which led some to question whether life settlements truly are less correlated to the financial markets. After all, stocks and bonds traded down sharply, and to a lesser extent, so did life settlement assets — at least on a mark-to-market basis.

Correlation, however, comes in different flavors. One is the “direct correlation” of returns between certain asset classes. For example, the returns of equities are often correlated to the returns of corporate bonds since both are linked to companies’ operating performance and the financial condition of company balance sheets. Similarly, international stock values frequently correlate to the strength of the dollar due to currency translation.

The other major form of correlation is what has come to be known as “embedded beta.” This is where assets with no obvious relationship nonetheless trade lower together in times of distress due to liquidity concerns and the very structure of financial markets. Notably, most of the life settlements markdowns 13 years ago had little to do with a direct, fundamental relationship to other financial assets and everything to do with embedded beta.

If the dislocations of 2008 were largely the result of macroeconomic forces, it is worth considering whether those factors are still operative. In other words, have life settlements reduced their vulnerability to embedded beta? If so, an investment in an asset class capable of generating above-market returns with low correlation to traditional financial assets may be worth a fresh look.

Several distinct changes to the life settlements market make it better positioned to handle stresses than it was in 2008:

The Pandemic as Stress Test

To be clear, March 2020 was not March 2008. Governments and central banks also learned some lessons from 2008 and quickly flooded financial markets with unprecedented liquidity this time around to staunch the bleeding. Nonetheless, the global pandemic was an important — and ultimately successful — test of maturity for life settlements.

When the virus first swept the globe, market participants were wary on two fronts. First, there was the health dimension; how would the market digest and adjust to any impact on mortality? Secondly, there was the financial market dimension; as the economic fallout of a global shutdown dawned on financial markets, would life settlements track traditional risk assets lower, or would they deliver on the uncorrelated promise?

On the health front, there were few surprises. While some observers initially speculated that the pandemic could provide a windfall by increasing mortality, managers of life settlement assets mostly assumed a prudent, wait-and-see posture. They quickly discerned that after the initial spikes in death, the population underlying their policies would not be significantly affected by COVID-19, primarily due to increased public health measures, less activity due to lockdowns, and restricted or controlled access to nursing homes.

In terms of correlation to broader financial markets, the asset class did experience some muted embedded beta effects as investors — similar to 2008 — required liquidity and requested redemptions from open end funds. Supply was also reduced at the beginning of the pandemic as potential sellers hunkered down to see how things would play out. But these factors primarily resulted in some increased volatility rather than the steep losses and carnage from the previous cycle, and the asset class continues to thrive. This is evidenced by both the steady market activity of today, and the continued performance of closed-end funds that aren’t prone to liquidity pressures.

In other words, life settlements took a punch and kept on going.

Much has changed since 2008. The life settlements industry has grown considerably, not just in terms of assets, but also in its level of sophistication and ability to appeal to a broader group of investors.

The structural market changes discussed above may reduce the embedded beta typical of open-ended life settlement funds, create a general increase in market liquidity, and drive continued measures to bolster the market’s legal and regulatory framework. Therefore, it is a great time for investors, who are understandably nervous about frothy equity valuations and frustrated by appallingly low bond yields, to give this uncorrelated total return asset class another look. 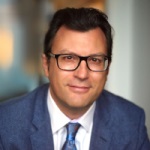 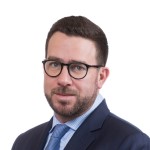