Last spring, we had no idea what effect the Covid-19 pandemic would have on life insurance policies. Sadly, we all knew that many people were going to succumb to the coronavirus and that it could have an impact on life expectancies and how insurance companies view individual policyholders.

At the time, we spoke to several agents, representing large institutions, and the typical response was that the wheels of change turn very slowly in the life insurance world. They said that actuarial tables generally don’t vary too much year-over-year, even during strange times like these.

However, we recently learned that COVID-19 has indeed had a dramatic impact on life expectancies in the United States. In fact, in 2020 the average American’s life expectancies plunged by a full year. This is remarkable news.

We expect that this revelation will have a dramatic impact on the life settlement market, in both the short and long term. With the average American lifespan dropping a full 12 months, the life settlement equation, heavily influenced by life expectancy calculations, will change and definitely affect how policies will appraise. Offers should go up.

The federal researcher who produced the report said she was shocked by these numbers, and that we haven’t seen a decline of that magnitude in decades.

Another expert, former New York City Health Commissioner Dr. Mary T. Bassett, who is now a professor of health and human rights at Harvard, said that we may see U.S. life expectancies stagnate or decline for some time to come. She was referencing some of the racial inequalities that the study showed. Life expectancies of the Black population declined by 2.77 years. Life expectancies for the average Hispanic dropped by 1.9 years while the average for a white American dropped by 0.8 years. The gap between Black and white Americans, which had been narrowing, is now six years. Dr. Bassett said she expected life expectancies for Hispanics to continue to decline as the Hispanic population has been heavily impacted by Covid-19.

Inflation, Life Expectancy, and the Loss of Betty White

Many factors impact the appraisal value of a life insurance policy and the ultimate life settlement value.

The future costs required to keep the policy in force is another major factor.

The policy’s cash value is yet another key aspect of the equation. This value can be used to pay future premiums, thus influencing the overall carrying cost.

This is the most critical part of policy appraisal and life settlement transaction, where you look at the overall health and status of the insured. How old are they? Are they a healthy weight? Do they smoke? Any underlying health conditions? And finally, what do the actuarial statistics that measure life expectancy suggest? All of these factors together determine the life expectancy and how long the policyholder is expected to live. With these new, known-changes affecting life expectancies across the board, we believe every life settlement transaction will be impacted, and we fully expect that policies will appraise at higher values. Life settlement payouts will also increase.

The life settlement market is dynamic and impacted by many factors including classic supply/demand, policy availability, and the current level of purchasing capital “on the street.” We monitor all of these factors, but it is undeniable that life expectancy is a cornerstone of the policy value equation. Shorter life expectancies mean larger offers.

We urge all agents and advisors, who have considered or are planning to consider a life settlement for their clients, to immediately get those policies appraised. We are already recalculating offers with this data in mind. Even small changes in life expectancy can dramatically impact the value of a policy. These shifts are monumental. 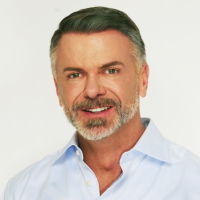 Wm. Scott Page is the founder of PolicyAppraisal.com.

Inflation, Life Expectancy, and the Loss of Betty White