The election of Joe Biden to be the 46th president of the United States and progress on a COVID-19 vaccine and antibody treatment propelled a market rally in which leadership rotated to segments of the economy hardest-hit by the pandemic.

Related: 5 Kinds of Bills Biden Might Be Able to Get Through Congress

Investors welcomed the close but definitive result of the presidential election. Despite President Donald Trump’s attempts to challenge election results, the market consensus is that recounts and court cases will be resolved without changing the results or creating a crisis.

Investors also appeared to embrace the prospect of a divided Congress as Democrats fell short of the “blue wave” anticipated in the weeks leading up to the election. The GOP gained seats in the House of Representatives, narrowing the Democratic majority. Control of the Senate will be decided by two runoff elections in Georgia on Jan. 5, with the GOP favored to win at least one of the two seats and retain a narrow majority in the Senate. If the Democrats win both Georgia Senate seats, each party will hold 50 seats and Vice President Kamala Harris would have the tie-breaking vote.

With a GOP majority or razor-thin Democratic “control” of the Senate, the progressive wing of the Democratic Party faces long odds against their policy priorities for at least the next two years. Although limited tax increases could be tacked onto an infrastructure bill that gains bipartisan support, a huge tax hike is probably off the table unless Democrats can pull off both victories in Georgia runoff elections and decide to jettison the Senate filibuster. Biden probably will also need to scale back spending plans for pandemic relief and stimulus given resistance from GOP leadership.

Election results, and optimism about the long-term prospects for containing COVID-19, influence the outlook for many segments of the market:

A strong health solution to the COVID-19 crisis is a precondition for the global economy to achieve a sustainable recovery, and there is a danger that investors and political leaders declare victory too soon in the battle to contain the pandemic. The path from promising early results for COVID-19 vaccines and treatments to approval for general use, mass production and distribution is a long one, with potential obstacles at each step along the way.

Jeremy Siegel: Christmas Is Coming Early for the Stock Market

Near-term risks remain high, with COVID-19 case counts surging, economic momentum stalling and fiscal support uncertain. Although the market is embracing the prospects of divided government, a divided and polarized government is not a recipe for a rapid response to a crisis.

Although the long-term outlook for equities is encouraging given progress on the health and political fronts, investors should remain realistic about the challenges ahead. Market volatility will likely continue until the pandemic is contained, with the tug of war between staying home and economic reopening persisting until there is more clarity about economic reopening.

Given continuing uncertainty about the path of the pandemic, the virtues of maintaining a well-balanced and liquid portfolio remain intact. 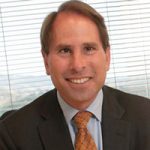 Daniel is a graduate of Brandeis University and earned his MBA in finance from the University of California, Berkeley. He is a CFA charterholder and a former president of the CFA Society of San Francisco. He also sits on the Board of Trustees for the Green Century Funds.

Jeremy Siegel: Christmas Is Coming Early for the Stock Market