Life Insurance Agent Commissions and How to Protect Them

Life insurance agents work strictly on commissions, but the figures vary from company to company and agency to agency.

Usually, agents are paid a commission between 40% and 90% of the premium paid during year one. Afterwards, the companies pay renewal commissions that can last up to 10 years, but this specific number of years varies by company. In some instances, the commission paid on a renewal is usually in the range of 2% to 5%of the annual premiums paid into the policy during the specific years but can be as high as 10% annually. For example, the first five years, renewals can sum to 10% annually. The second five years, renewals are often in the range of 2.5%to 5% annually.

Furthermore, according toInvestopedia.com, the burnout rate for life insurance sales agents is extremely high. More than 90% of new agents quit the business within the first year. When extended to over five years, the burnout rate is greater than 95%.

Renewal commissions offer the following advantages to agents. First, they provide the agent with on-going compensation. Second, they serve as payment for on-going services to customers during the life of the policy. Third, they reward the agents for long-lasting books of business. Additionally, this persistent long-established continuity of sales certainly benefits life insurance companies. Third, renewals tend to reward agents for being loyal to the company. Fourth, renewals can provide agents with retirement income if the commissions become vested (paid out even after agents leave the company).

Captive agents are employees of only one company and their agents receive an IRS W-2 Form, but the books of business belong 100% to the insurance company. As employees, they are limited to products from that company and maybe compensated via salary or commission. For the consumer, captive agents cannot compare rates from multiple companies to see which companies offer the best policies for the consumer.

Independent insurance agents can offer consumers the best deal because they are not limited to only one company. Instead, independent agents receive an IRS 1099 Form and their books of business belong 100% to the agent.

According to the Insurance Information Institute, the life/annuity insurance sector consists of annuities, accident and health, and life insurance. In 2018, there were 841 life/annuity insurance companies in the United States and its territories. Net premiums written for this sector totaled over $600.6 billion. For 2019, the net premium written totaled $678.7 billion or an increase of 13%.

There are three main classifications of commission structures.

1. A heaped commission structure is designed in such a way that the commission on first-year premiums is high, and the renewal premiums are lower.

2. A level commission structure offers the same commission during the first-year and renewal-commission periods.

Additionally, agents often receive a service fee. Sometimes the renewal commissions transfer to a service fee when the agent who initially sold the policy no longer has a contract with the life insurance company and the policy is assigned a “servicing agent” who continues to provide guidance and service to the policy holder. Through this service fee, a long-lasting relationship with owners of an existing policy is possible in the eyes of the insurance company. However, because the service fee is not significant, the service agent does not do much to consult with policy holders to service these accounts or up sell them on additional insurance needs.

Financing arrangements are an additional compensation method and can take the form of loan advances by the life insurance companies to the agents in anticipation of future commissions but must be paid back through future commissions. These are meant to subsidize the amounts of money that an agent makes from commissions while the new agents can build their books of business to a sustainable level of income.

These financing arrangements are a bridge to provide new agents with a stable monthly income until they earn enough through renewal commissions on a regular basis. Such financing arrangements often put the agents under stress because they are either required to pay back the loans or they are required to perform a high amount of certain business related activities such as making cold calls, setting appointments, or attending training sessions and meetings. A voluminous validation schedule outlines all the requirements for the agents to receive financing and to maintain employment with these companies.

There are four additional miscellaneous ways in which agents are compensated.

First, bonuses may be paid to the agents who reach certain sales goals or maintain employment with the company for a certain number of years. These bonus thresholds are outlined in the bonus compensation schedules.

Second, employee benefits that the agent receives are either paid for or provided at a reduced rate. These can include profit-sharing plans, individual life and health insurance coverages, and retirement plans.

Third, expense allowances are available through some companies that pay for sales expenses for their agents such as for new computer equipment, advertising, or office space.

While agents are being paid to sell life insurance products, they are not compensated exorbitantly, when 95% of agents quit within the first five years. Most agents that survive —many, if not all — earn enough in renewals to provide for a middle or upper middle-class income lifestyle. Each of the top 10 companies has a small handful of agents who earn more than $1 million dollars each, due in part to their ability to write large group corporate policies or work with extremely high-net-worth individuals.

In some cases, for example, an insurer might assure sales agents that they own their own books of business and the associated future renewal commissions, and then reneg and take the books of business in-house.

Whether the agents have a legal claim may depend on the nature of the legal agreements involved.

As this example points out, it is possible for transferring sales agents to create an understanding with the new company that they remain in charge of their clients and own their own books of business.

When less than 5% of sales agents survive after five years in the life insurance industry, these renewal commissions become an important part of their sustainable income.

Generally, independent agents own their own books of business outright. 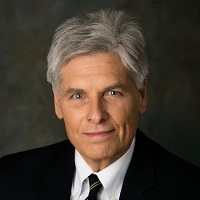 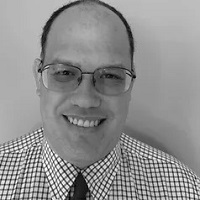 Bernard F. Pettingill Jr. is the president of Pettingill Analytics, a forensic consulting firm in Palm Beach Gardens, Florida. He has been a professor of economics at the Florida Institute of Technology and at Palm Beach Atlantic University. He has also been an associate professor at Louisiana State University Medical School, in New Orleans. Federico R. Tewes is a health and life services analyst at Pettingill Analytics.