No one in business was prepared for what happened when the coronavirus invaded the U.S. Overnight, it literally upended the nation’s economy, leaving American workers not knowing what to think about the future.

While some workers are doing well, others are underemployed, and 13 million are jobless. Whether you’re a CEO, just entering the workforce, or someone in between, such confusion and uncertainty begs the question, “What’s it take to survive in a job today?”

(Related: The Only Message Customers Want From You)

What businesses are looking for are people with the ability to adapt, learn, perform, and progress so they can contribute to the organization’s success. To be specific, these are people who possess four basic business survival skills:

Why is it that when the teacher asks the class a question, it’s always the same kids who raise their hands? But not in business. Many believe that success on the job depends on keeping your head down, going along to get along, and not making waves. In other words, never raise your hand.

While it may be the culture in many businesses, it’s also dysfunctional behavior. Companies experiencing the pandemic’s pervasive effects know their survival depends on rapid and continued adaption and innovation, which starts with asking questions, lots of questions. Here are examples:

In other words, if a company wants to flourish, its success depends on everyone involved being observant and curious and raising their hands and asking questions.

If anything is obvious, it’s that we all need to up our ability to concentrate on the job, to stay focused. It’s not easy. We’re drowning in distractions, one every three minutes on average. What makes it worse, as Gloria Mark of the Deptartment of Informatics at the University of California, Irvine, noted, we have only a limited amount of short-term memory available. Is it any wonder why we’re more stressed, less productive, and oblivious to what’s going on around us? We don’t have a chance to concentrate.

The iconic management consultan, Peter Drucker pointed out that Mozart was an exception. He was the only “first rank composer” who could work on several pieces at the same time. Handel, Haydn and Verdi composed one at a time.

Most of us aren’t a Mozart. Paying attention takes work, starting with actively minimizing distractions, better organizing our time, and not jumping on the internet and social media during the work day. Is it too high a price to pay if you want to make a difference where you work?

Unfortunately, workers who can think clearly are in short supply. Daniel Jeffries, the futurist and author, is on to something when he says, “We’re not taught how to think anymore, only what to think.”

“Clear thinkers analyze and inspect ideas and arguments before expressing them,” writes Kay Daya, an Academic Writing Lab Instructor at Edusson.com. ”Be inquisitive enough to inspect and examine the validity, logic, and truthfulness of other peoples’ claims and arguments closely.”

Soaking up ideas, facts, and opinions doesn’t equal clear thinking. Far from it. Rather, it’s the arduous task of sorting out all of those and putting them together, much like you would a puzzle until you see the picture clearly. This is what it takes for businesses to make it today.

No matter who we are, our age, or our job, the one thing we all do from morning until night is persuading others either to do or not do something. A few examples of influencing others:

A kid asks his mom if they can we go to the ice cream shop before it closes for the season. Mom, replies, “Sure, if you clean your room and rake up the leaves.”

Knowing that home buyers often want to be sure their friends will like a particular house, real estate agents may say, “From what you’ve told me, I know your friends are going to love it!”

When Dale was faced with a lower-priced competitor, he asked the customer’s committee for three “must have” requirements at a fact-meeting. Then, when closing his sales presentation, he asked them, “How does my proposal stand up with that of the competition? We’re giving you exactly what you said you needed. However, our price is firm.” They signed the order.

Trying to convince someone to change their mind is challenging. Although such efforts are all-too-common, they fail, miserably. We balk and get our back up. No one wants to be told what to do. A more effective approach is to let people come to your conclusion on their own. What makes it successful is a basic human principal: What’s in it for me? How will it enhance my life and make me more successful?

No matter the job, survival depends on skills that empower workers to be change agents, asking questions, staying focused, thinking clearly, and influencing others. 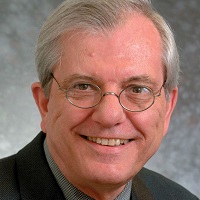 John Graham of GrahamComm is a marketing and sales strategy consultant and business writer. He is the creator of “Magnet Marketing” and publishes a free monthly eBulletin, “No Nonsense Marketing & Sales Ideas.”