Darren Tedesco says everything starts with giving marketers and reps a clear view of clients' information.

Darren Tedesco, the president of the Weston, Massachusetts-based wealth tech firm, says the company aims to give distributors, and advisors, a consistent, unified, easy-to-use view of each client household’s finances.

“The secret sauce is what you do up front,” Tedesco said last week in an interview. “Understanding what advisors need.”

(Related: Why the Commonwealth-MassMutual Tie-Up Is a ‘Big Deal’)

Commonwealth Financial Network, the largest independent broker-dealer in the United States, created Advisor360° in early 2019, by turning its own advisor platform team into a stand-alone company. Massachusetts Mutual Life Insurance Company then agreed to use Advisor360° technology, to help MassMutual advisors and field partners with activities such as customer relationship management, workflow management and portfolio oversight.

For people involved in life insurance, one thing the technology deal did was lead to some confusion about which Commonwealth Financial everyone was talking about.

Commonwealth Financial Group is a Boston-based general agency that has been helping MassMutual distribute its products since 1857.

Common Financial Network is a separate company. Joseph Deitch, a financial professional with experience at Mass Indemnity and New England Life, formed the Cambridge Group, a financial planning firm, in 1978, and then started Commonwealth Equity Services, the independent broker-dealer that now goes by the name Commonwealth Financial Network, in 1979.

Commonwealth Financial Network began developing the technology at the heart of Advisor360° in 2003.

Advisor360° has been supporting the MassMutual relationship by beefing up tools advisors can use to manage products such as life insurance, annuities, disability insurance and long-term care insurance, and, for example, see the names of the beneficiaries, and any policy expiration dates or deadlines.

A broker-dealer can also integrate carrier servicing and in-force illustration platforms into the system.

Depending on how a broker-dealer’s system is set up, an advisor may, for example, be able to filter a database to create a mailing list consisting of clients with life insurance policies that are about to expire.

Tedesco was the managing principal for innovation and strategy at Commonwealth Financial Network from 1994 through March 2019.

He’s responsible for making Advisor360° technology something that attracts advisors, rather than scares them off.

Here are four things Tedesco said about advisor tech during the interview.

1. The secret to setting up a good advisor tech system is communicating with advisors.

Tedesco said Advisor360° spends a lot of time getting feedback and ideas from advisors, then having usability experts watch carefully to see if mock-ups are easy for advisors to use before sending a proposed project to the development team.

Advisor360° has been doing those usability analyses in-person, and usability analysis is one function still suffering from the effects of the COVID-19 social distancing rules, Tedesco said.

2. The typical incumbent systems are no longer file cabinets.

Today, Tedesco said, financial services organizations typically have most of their information in computer systems, of some kind.

But, in many cases, when system analysts look at a broker-dealer’s information technology system collection, “it’s a parts bin,” Tedesco said.

To change one customer’s address, a live human may have to log in to many different systems, find the address in each system, and update the address manually, Tedesco said.

3. Getting the basics right will make adopting the technology of the future easier.

Insurtech companies say their artificial intelligence (AI) systems can scour financial transaction for trend analysis and investment ideas, and customer messages for ideas about what the customers are really thinking.

“If you don’t have the data, you can’t do that,” Tedesco said.

Today, financial services regulators are moving toward asking financial advisors to take a broad view when determining whether a particular transaction is in a client’s best interest.

Getting a broad view of a client’s finances, through a unified, well-organized account review system, may simplify and speed up that kind of holistic analysis, Tedesco said. 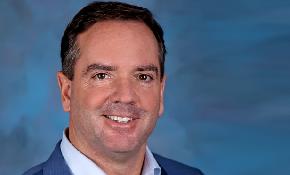 Life Insurers Have to Be Able To Hedge Their Annuity Risk: Idea File

Don Dady says the products have to be different because the world is different.

Great American and its parent are retaining about $34 billion in annuity reserves. 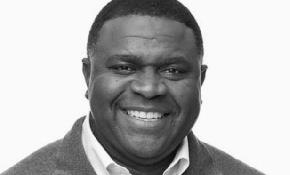 'Everything Is About Engagement': Idea File

Mike James, NFP's individual solutions head, talks about life and annuity sales in the age of the social distancing moat.