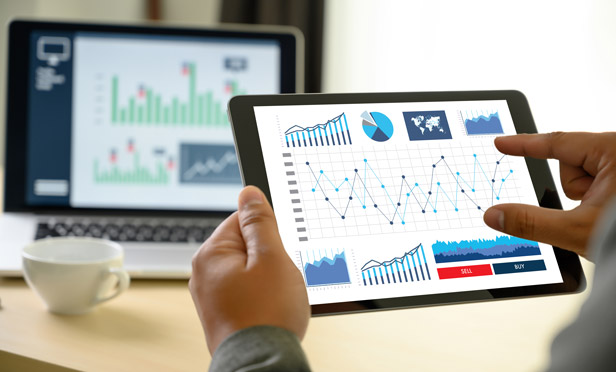 The new RIA Planning Analytics tool that Envestnet MoneyGuide is set to announce Tuesday is “a good start” to giving advisors tools that include  features with “a decent sorting/filtering capability” at no extra cost, according to Joel Bruckenstein, head of Technology Tools for Today (T3), who reviewed it in detail on his T3 website Monday.

“It is a good, free enhancement to the MoneyGuide platform that is in its initial stage,” he told ThinkAdvisor by email on Monday. However, “I have no doubt that it will become much more robust over time,” he added.

The latest Envestnet development has the expert wondering “how much of the enhanced functionality will be free, and at what point do they start charging?”

While “some of the items on my ‘wish list’ can be produced at little additional cost,” he said, others — including “updates to the probability of success — cost money to provide, so I would charge for that if I were them.”

In his T3 post, Bruckenstein said RIA Planning Analytics offers a “great deal of functionality … that advisors can leverage immediately, and it is free; so what’s not to like?”

What makes the analytics package helpful, he explained, is that it “provides structure” to much of the data that advisors are “inundated with … so that it can be acted upon and add value.” For instance, advisors can use it to identify clients who lack a healthcare goal or who don’t have life insurance, and then reach out to them.

The platform, says the T3 producer, is “only scratching the surface of what it can and will be in the future,” and it “has the potential to unleash additional creativity and value for years to come.”

(Envestnet did not immediately respond to a request for comment on the new technology Monday.)

One example of an enhancement that Envestnet MoneyGuide “needs to make,” according to Bruckenstein, is that advisors today are “limited to the sorting and filtering that the platform provides.”

“The age groups and income buckets, for example, are fixed. You can’t sort for clients age 38-53, or clients with incomes between $75,000-$150,000. In fairness, there is a Master Grid that you can export to Excel and then do the types of sorting I mentioned, but to me, that is a temporary workaround at best,” he explained.

When it comes to data mining and data visualization, the initial version of RIA Planning Analytics “just makes me wish for more,” he said.

In addition, “some measure of client engagement would be helpful,” he went on to say, noting: “I want to know who has engaged with the Play Zone, the client portal, etc. If I can identify patterns across client subsets, or across clients of various advisors, that would be valuable information.”

Bruckenstein was “told that some benchmarking is already in the works.”

“I expect to see benchmarks for how often advisors update plans vs. other advisors as well as how many goals an advisor is setting vs. some benchmark,” the T3 founder explained.

Similarly, in the healthcare goal view, “if I knew whether the plan anticipated traditional Medicare or Medicare Advantage, and if I knew the anticipated state of residence in retirement, I’d have a better idea if the health goal had sufficient funding,” he pointed out.

Bruckenstein also wants to “see some data points tracked over time,” he said, explaining that “it is great to know the average client age, but it is much more valuable to track the trend over time.”

What also offers “potential is a deeper tie in with MoneyGuide Blocks,” he said. Also, “more broadly speaking, tighter integration with both the MoneyGuide and Envestnet platforms is highly desirable,” he noted.

It takes time for tools like this to be introduced, because it’s just “not that easy to do, and it can be costly,” Bruckenstein said. “Also, as you can see, when you start going down this path, advisors, like me, are going to ask for more.”

“My sense is that the launch of RIA Planning Analytics is just the very beginning of a journey that put powerful analytical tools in the hand of advisors. I look forward to seeing where this journey takes us,” the T3 producer explained.