COVID-19 and the Consumer Gender Gap in Life Insurance Coverage

The COVID-19 pandemic has underscored many known disparities across race, socioeconomic status, and geographies. It has also brought the subject of life insurance to the foreground for many families, making this a good time to reexamine the gender gap in life insurance and its potential impact on a family’s financial security.

Statistically, women buy less life insurance than men and have less coverage when they do own a policy. The million-dollar question is…why?

Women make on average 22% less than men, according to Haven Life. Haven Life reported that the life insurance coverage gap nets out to women holding 83% less coverage, with the dollar value of this gap in coverage between men and women is an astonishing $192,000, with men carrying almost double the policy limits as women.

Undervaluing Women’s Contributions to the Household

Haven Life also reported that women fill an average of 6.44 roles in the house, from lawn care to grocery shopping to child care, versus an average of 5.88 for men. Another study, cited by the U.K. publication Today, women do two more hours of housework per day than men do.

In the United Kingdom, on average, women do 40% more household work than men, according to the U.K. Office for National Statistics.

In Canada, the CBC reports, women do 50% more unpaid work than men.

(Related: We Are Working to Close the Gender Gap in Insurance)

Both genders value life insurance almost equally, but according to Haven Life’s survey, there’s a 12% gap between when it comes to actually buying it.

The Most Important Retirement Planning Milestones at 8 Different Ages

When determining how much life insurance coverage is needed, many families (and advisors, too) focus solely on each member’s salaries and fail to consider how much the surviving male spouse would need to pay to outsource all the work the woman of the house does for free.

Especially now, with many families still staying home, working from home, homeschooling children, taking care of elderly parents and neighbors…it’s time to value the contributions of men and women equally and close the gender gap in life insurance coverage.

Insurtech as a Lever for Closing the Gender Gap

The way we buy life insurance is increasingly digital, essentially leveling the playing field for traditional gender roles. Now women can be targeted using social media campaigns just as easily as men. Everyone can self-educate themselves about insurance, empowering women and men equally.

Social distancing is also leveling the playing field by forcing the insurance industry to reconsider the traditional paper-based sales process and health screenings. Digitization offers the prospect of helping busy women and families get underwriting decisions quickly and easily, so they can check another important ‘to do’ off their list rather than waiting weeks or months for a decision.

As a result, advisors are turning to new technologies and platforms that support a digital sales process. This can include a needs-analysis questionnaire that helps advisors and families evaluate the actual cost of a woman’s contributions to the household and land on more accurate coverage amounts. Advisors and advice can be provided on demand rather than by appointment. Digital applications streamline the process and enable real-time quotes so families can get the coverage they need much more quickly.

The life insurance industry exists to help families achieve financial security in an uncertain world. Insurtech has a key role to play, particularly when it comes to empowering families and advisors with powerful digital tools. When we all work together, we can realize our mission and deliver financial security to families, whoever, and wherever they are. 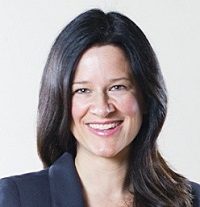 Rowena Roy is head of business development at Breathe Life.