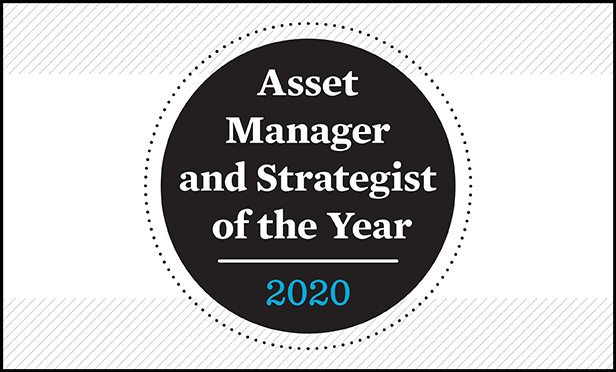 Last year the stock market did much better than expected — and so did some active managers, who had to beat the results of some aggressive benchmarks.

To perform well, they needed to be ready for the unexpected, said Tim Clift, chief investment strategist for Envestnet | PMC, who discussed why finalists for the 16th annual Asset Manager and Strategist of the Year Awards were selected out of thousands on the Envestnet platform of active managers.

To make it to the initial step of judging, managers had to have a minimum of $200 million in assets and three years of experience. Plus, the strategy must be open to new investors and available on the Envestnet platform.

The Envestnet|PMC & Investment Advisor Asset Manager and Strategist of the Year Awards recognize those active managers in different asset classes who have beaten the benchmarks, shown solid performance throughout the years and are best-in-breed in their respective class.

As in past years, the selection committee includes Envestnet|PMC executives and Investment Advisor editors, who choose the top managers from seven asset classes/categories, as well as a manager of the year.

Finalists and winners are picked from those managers that Envestnet analysts have diligently researched, and in most cases have met with, as well as combed through using performance and governance factors. The manager of the year is selected from the winners of all seven categories.

The winners will be announced in June and showcased in the July issue of Investment Advisor magazine. The finalists announced Wednesday are:

Although both 2018 and 2019 stock markets were up years, Clift said, “2019 was up dramatically, and unexpectedly. A lot of folks going into 2019 were worried about a recession and were potentially positioning portfolios for a down market, and that didn’t happen,” he said in an interview.

With the S&P 500 up almost 29%, and the Nasdaq up 35% in 2019, “it really was a different environment than expected, especially with worries about the trade war and the market already in a 10-year [bull run],” he explained.

The setup was different going into the year, and with market performance, equity managers had to be up 31.5% to beat the S&P 500, “and that’s no easy feat,” Clift said.

“It also was a fairly narrow market. A lot of mega- cap companies did well, but it was a small percentage of companies that did really well. You had to be a very strong stock picker and not be afraid of overweighting some of the very big names. Sometimes that goes against what an asset manager wants to do,” he explained, adding that if a manager didn’t hold some big technology names, they likely underperformed.

Similarly, fixed income was a “flip from the year before,” which made it so challenging, Clift explained. “In 2018, the Fed was raising rates and basically trying to slow down the economy. Then the environment completely flipped in 2019 because everyone was afraid of recession.

“The Fed actually lowered rates three times, which is a completely different interest rate environment. Again, fixed income managers had to be very nimble and change around their duration outlook and how much credit was in their portfolios,” he said.

This year’s awards continue even after the death of Envestnet founder, CEO and Chairman Jud Bergman last fall. Envestnet co-founder and now CEO Bill Crager has helped “the company heal from that loss,” Clift said, and has also pushed the company to move forward.

Then there’s the pandemic. Typically the awards would be presented at the Envestnet Advisor Summit in May, which had to be cancelled due to health and safety reasons. Instead, there will be digital access on the firm’s site that will provide key Summit content on demand, including a winner presentation to be released in June.

There are seven categories: Large Cap, Mid Cap/Small Cap and SMID, Fixed Income, Global, Liquid Alternatives, Impact and Strategist. Clift noted that one change they saw this year was a “pickup of interest” and greater flows into impact investing managers.

How Finalists, Winners Are Picked

For 16 years, IA and Envestnet|PMC have partnered to find, select and honor the Asset Manager Award Managers of the Year in multiple categories.

The selection process begins with the Envestnet team of analysts who research each category for best-in-class managers by using several metrics as well as meeting with most management teams, to narrow the fields that can have 20 to 100 managers each.

The analysts make their detailed presentations of top choices to the selection committee, comprised of Envestnet|PMC Chief Investment Strategist Tim Clift and Managing Director Erik Preus, CFA, as well as Investment Advisor Editor-in-Chief Janet Levaux and Executive Managing Editor Ginger Szala, who after deliberation proceed to vote on the winners.

The committee relies heavily on the research and due diligence expertise of the offices, in addition to collecting and analyzing each manager’s performance numbers and key indicators such as market upside and downside capture.