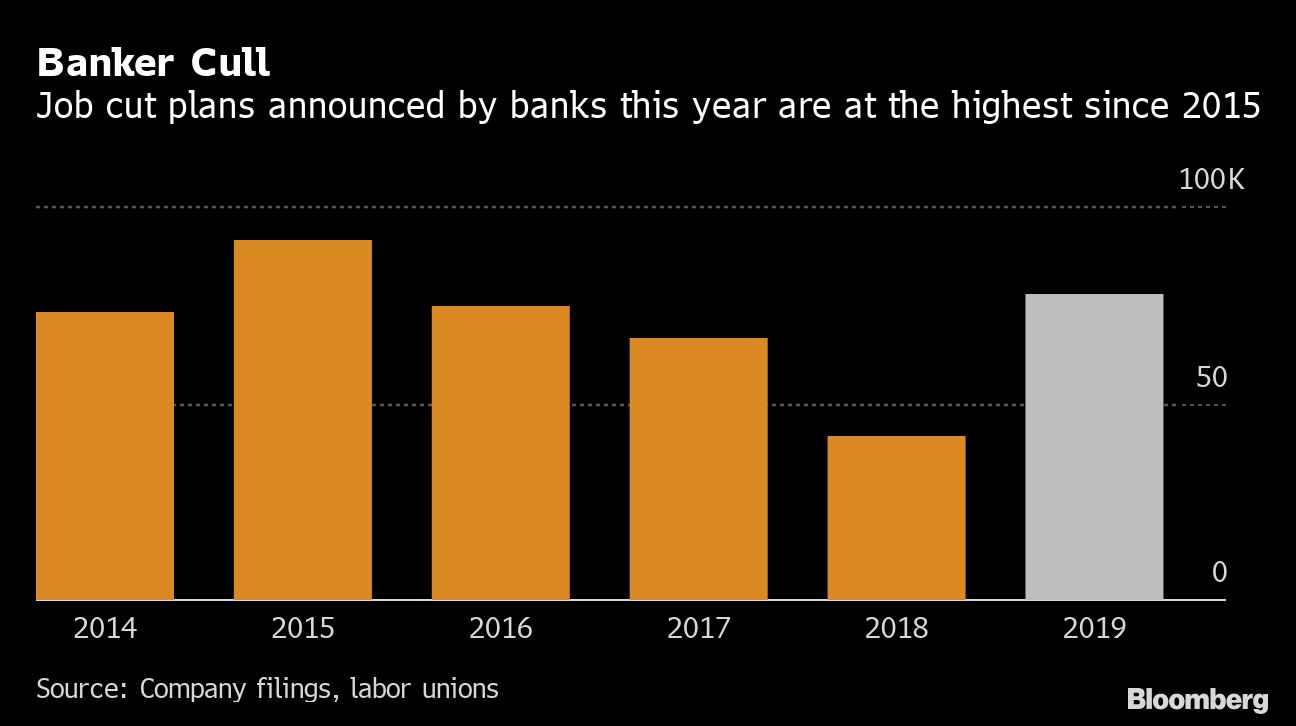 Banks around the world are unveiling the biggest round of job cuts in four years as they slash costs to weather a slowing economy and adapt to digital technology.

This year, more than 50 lenders have announced plans to cut a combined 77,780 jobs, the most since 91,448 in 2015, according to filings by the companies and labor unions. Banks in Europe, which face the added burden of negative interest rates for years to come, account for almost 82% of the total. 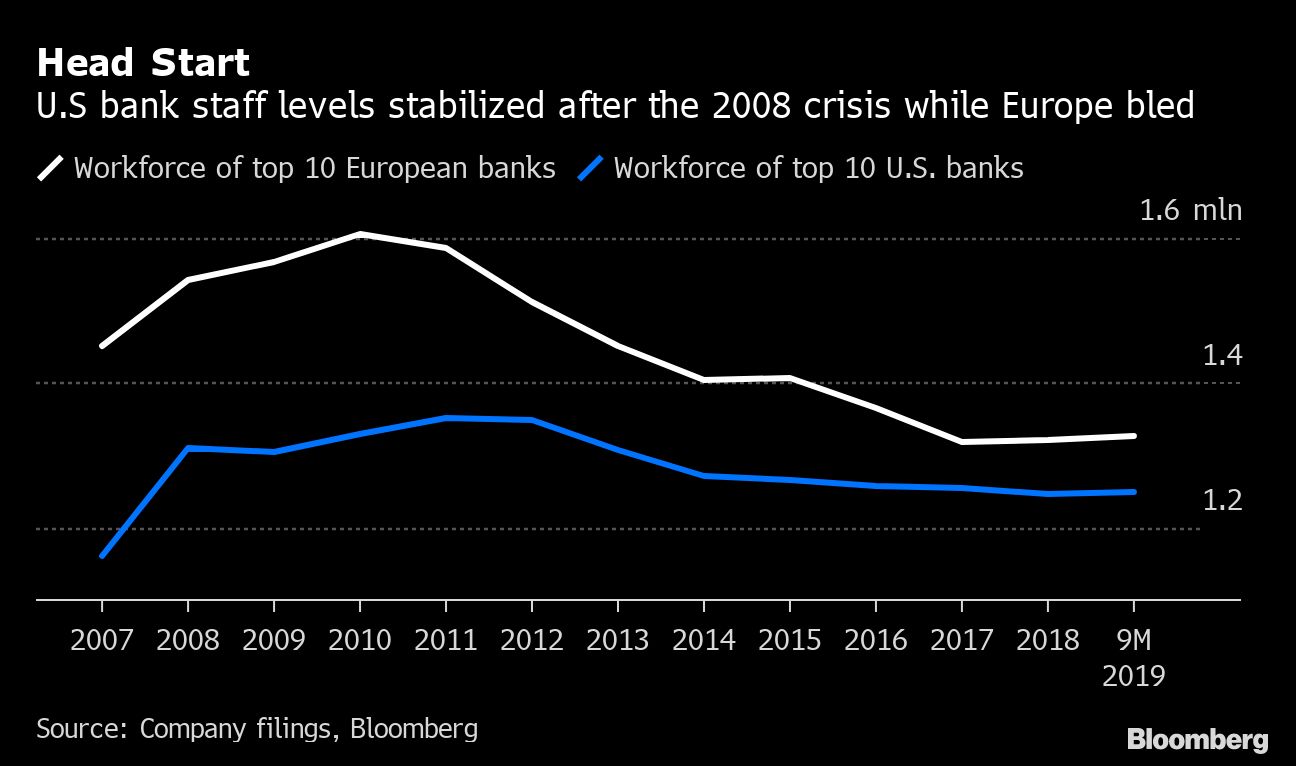 The 2019 cuts bring the total for the last six years to more than 425,000. In fact, the actual amount is probably higher because many banks eliminate staff without disclosing their plans.

Morgan Stanley is the latest firm to make a year-end efficiency push, cutting about 1,500 jobs, according to people familiar with the matter. Chief Executive Officer James Gorman has said the cuts account for about 2% of the bank’s workforce.

Unlike in the U.S., where government programs and rising rates helped lenders rebound quickly after the financial crisis, banks in Europe are still struggling to regain their footing. Many are firing staff and selling businesses to shore up profitability.

Germany’s biggest lender tops the list of planned job cuts. Deutsche Bank AG is planning to get rid of 18,000 employees through 2022 as it retreats from a big part of its investment banking business.

The lender’s home country is the most fragmented major banking market in Europe and among the most exposed to negative interest rates because its lenders hold more deposits than competitors abroad.

Spain’s Banco Bilbao Vizcaya Argentaria SA, or BBVA, plans to cut jobs in its client solutions business and may extend that to its wider business, according to a newspaper report.