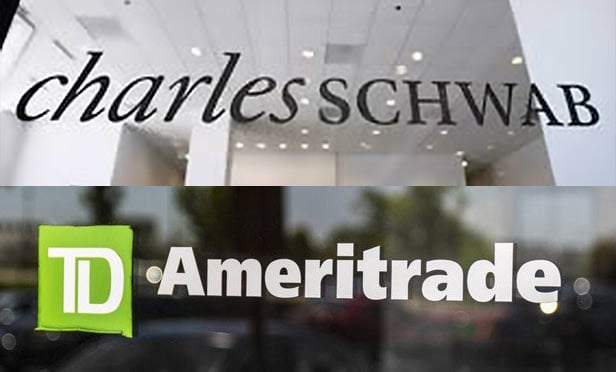 The blockbuster deal faces intense scrutiny due to Schwab’s estimated 50% market share as an RIA custodian and TD Ameritrade’s roughly 15%-20% share; Fidelity has about 25%. (Photos: Bloomberg/Shutterstock; Image by Chris Nicholls/ALM)

The possible timeline for the deal to clear its legal and regulatory hurdles is lengthy and complex. (Charts: Morgan Stanley Research) 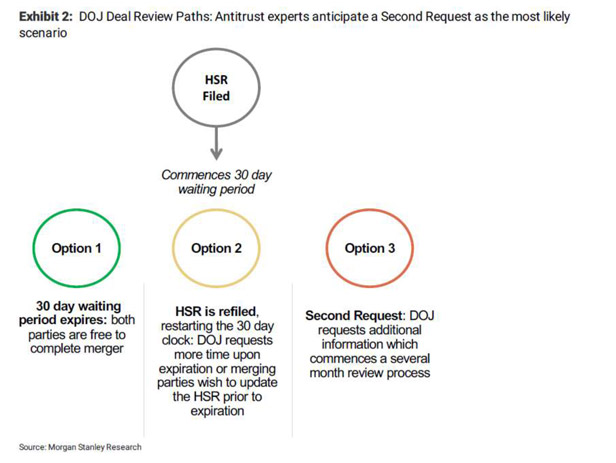 The deal's expected “second request” process — involving the Department of Justice — for 2020 will entail documents required by the Hart-Scott-Rodino Antitrust Improvement Act, or HSR, of 1976. 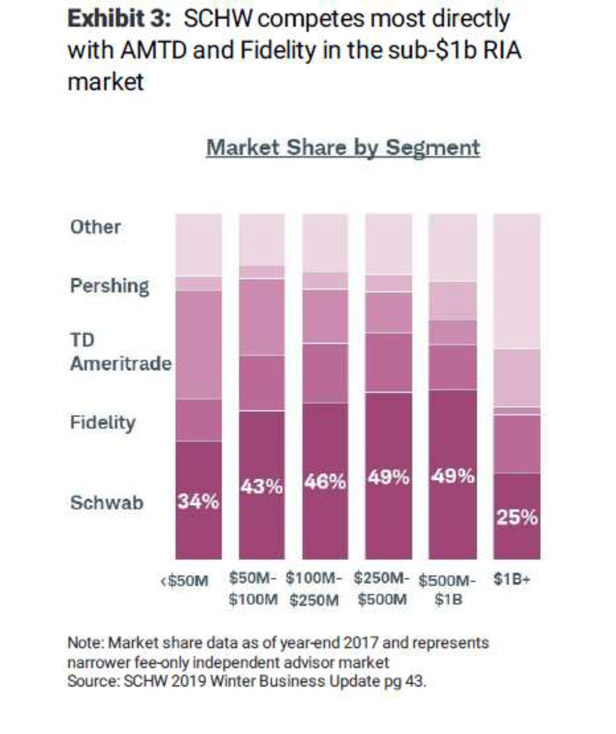 Breaking down the competitive situation for the former rivals and future competitors will be part of the approval process. 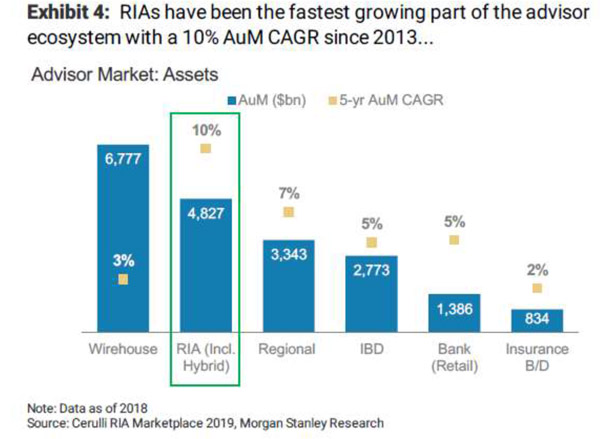 Overall, the industry that would be affected by the merger is experiencing strong growth as measured by asset flows. 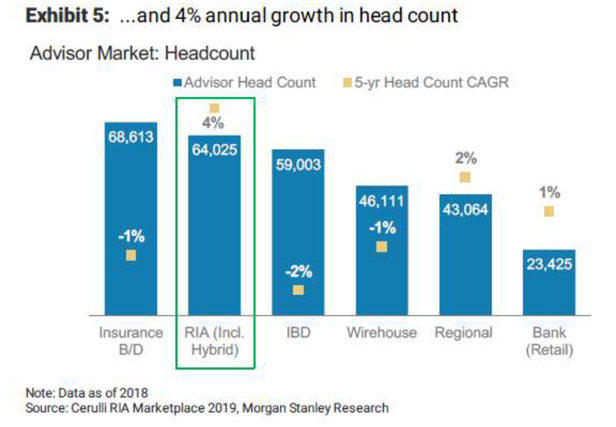 The number of advisors joining RIA firms also has been expanding.

Asset flows into the RIA channel have helped it expand market share, namely at the expense of the wirehouse firms.

The rising headcounts of RIA firms are giving the channel greater market strength, as insurance-owned broker-dealers, independents and wirehouses suffer. 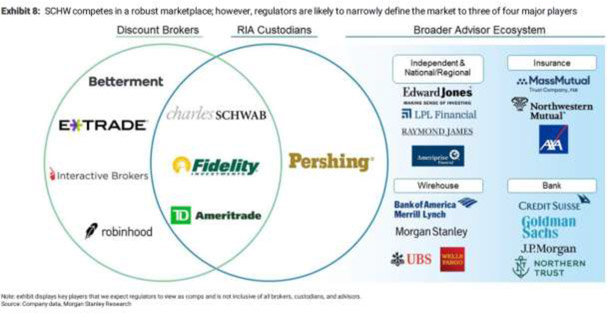 The big picture for the industry in which Schwab and TD Ameritrade compete includes a growing number of new rivals, as well as renewed interest from more traditional players.

Charles Schwab’s planned $26 billion purchase of TD Ameritrade has been one of the biggest developments in the business for 2019. But how will it play out in 2020?

A team of Morgan Stanley analysts recently took a deep dive into that issue.

“Investors are asking what’s the likelihood of regulators approving Schwab’s merger with TD Ameritrade,” said Michael Cyprys and Peter Kaloostian, in a report on the deal. The two CFAs view the equity market pricing in about a 60-70% probability for the deal’s completion.

“While we think the ultimate probability is higher, we see a 6-10 month time frame for regulatory approval that could lead to volatility in the stock and present buying opportunities,” they explained in a report.

The two analysts, who discussed the potential timeline with antitrust lawyers Juan Arteaga and Alexis Gilman of Crowell Moring, highlighted their insights and their own analysis in their recent note — which ThinkAdvisor assembled into the slideshow above.

As they describe, the focus for both firms is to get their required paperwork in order for the dual-track process of gaining regulatory and shareholder approval.

The Morgan Stanley duo believe that if regulators did decide that the Schwabitrade merger could lower competition in the RIA space, it’s possible that Schwab “would divest some advisory relationships [rather] than commit to certain service requirements, tech investments, and pricing.”

Overall, their outlook is that the current competitive climate includes rivals “capable of serving the spectrum of RIA sizes,” as well as many smaller players “that could have [an] incentive to enter or capture share, which is a positive sign for healthy competition.”

Check out the gallery above to see their findings.