Should a software company and an oil and gas producer receive the same sustainability rating  even though one company operates in an industry that poses a much greater environmental risk than the other?

Until last fall, Sustainalytics, whose corporate ratings form the basis of Morningstar’s sustainability ratings for mutual funds and ETFs, rated Microsoft and Royal Dutch Shell the same. Both companies scored 75 out of 100 within their industry groups, ranking in the top  quartile among their peers, despite the much higher ESG risks for the oil and gas sector than the software industry, according to Jon Hale, head of sustainability research at Morningstar.

Sustainalytics then changed its rating system to account for material ESG risks among industries as well as a company’s ESG risk characteristics within its sector. Morningstar has now incorporated those ratings in its ESG risk ratings framework for mutual funds and ETFs.

“The rating now provides greater insight into how well companies in a portfolio are managing the material ESG issues they face both relative to their industries and across industries,” said Jon Hale, in a recent blog post. In the new rating system where a lower score, rather than a higher one, indicates less ESG risk, Microsoft scores a 13.8, Royal Dutch Shell a 34, which is less than Exxon’s 44.5. 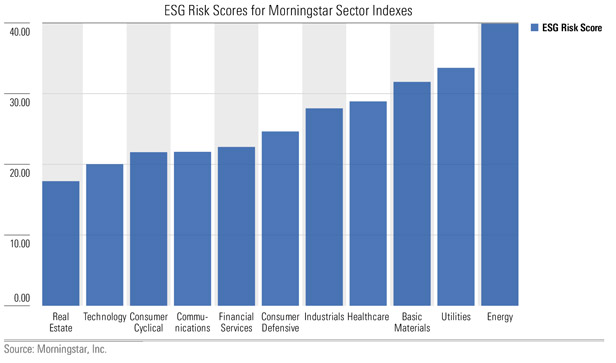 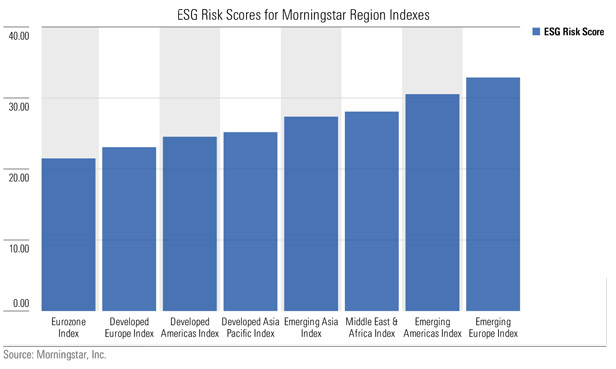 Fund sustainability ratings can be updated with upgrades and downgrades but not before a rating changes at least one percentile.

“By adding in rating ceilings for high ESG risk portfolios, we are limiting their ability to earn a positive sustainability rating, regardless of where they may fall within a peer group,” according Madison Sargis, associate director of quantitative research and author of a new report Interpreting the Morningstar Sustainability Ratings Changes. “By adding buffers around breakpoints we require funds to meaningfully alter their portfolio before a fund can receive an upgrade or downgrade in sustainability ratings.”