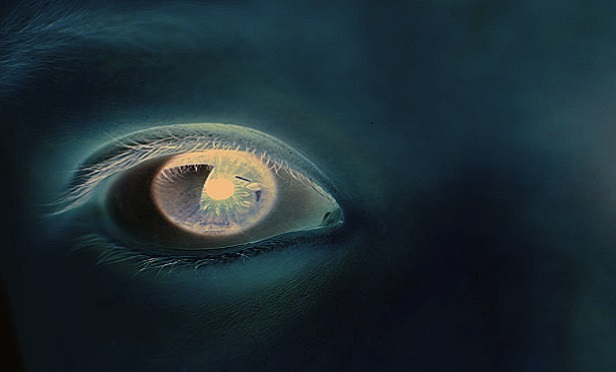 Here are charts showing how 4 key Fed life insurer financial indicators have changed over the past 5 years... 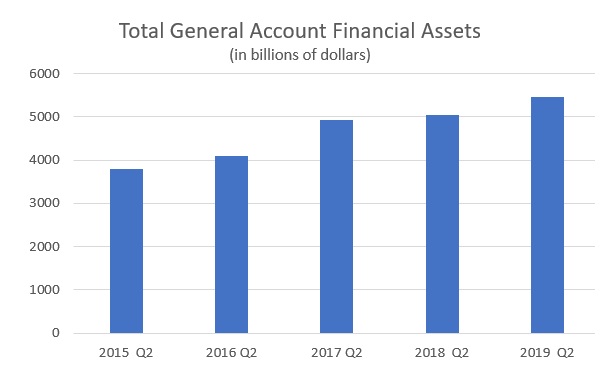 Life insurers' own general account assets jumped up between 2016 and 2017, then jumped again this year, to $5.5 trillion. 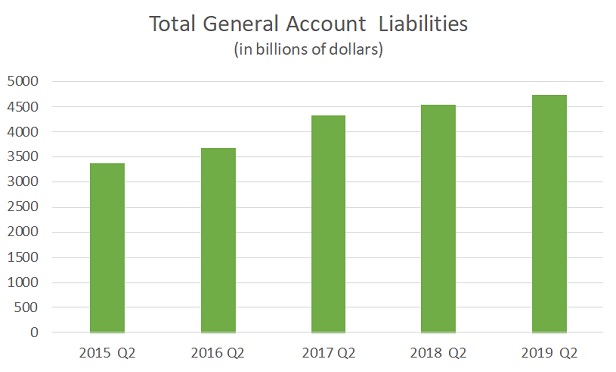 Life insurers' own general account liabilities jumped up between 2016 and 2017 and have increased steadily each year since. 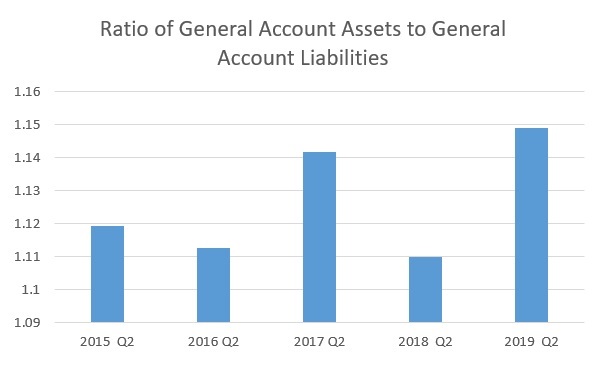 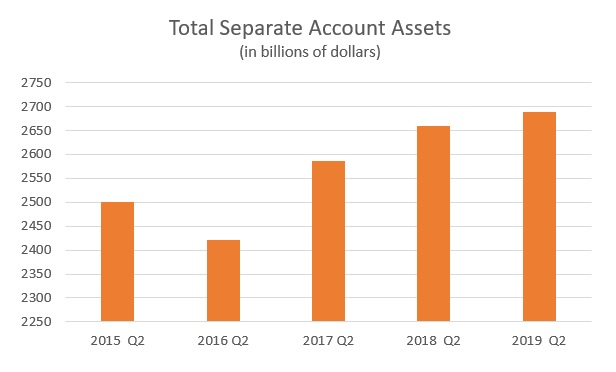 The Federal Reserve Board looks in U.S. life insurers’ throats every three months to see how they’re doing.

The Fed probes life insurers’ finances by compiling data from sources like S&P Global and the National Association of Insurance Commissioners.

Unlike many private organizations that publish reports on life and annuity issuers’ performance, the Fed distinguishes between life insurers’ own general account investments and the customer-controlled separate accounts inside products such as variable annuities.

To see how life insurers have been doing over the past five years, see the data cards in the slideshow above.

Links to documents related to the Financial Accounts of the United States are available here.

— Read Life Insurers Are Hungry For Staffers: Jacobson, on ThinkAdvisor.

The annuity issuer's parent says it will 'actively evaluate other options in relation to Jackson.'