The Right Ways to Pass the Torch

When your succession plan involves selling the firm to an employee, here's how to make that process a win-win.

Over the years working with independent advisory firm owners, I’ve seen what works — and what doesn’t. One area where my experience has been particularly enlightening is succession planning.

Even with the current acquisition frenzy, many firm owners still want to transition their businesses internally, but I’ve seen a number of internal succession plans that haven’t worked. I used to wonder why, so sometime ago I started tracking succession planning behaviors to find the answer.

Traditionally, most firm owners who have decided it’s time to prepare for their retirement go to a “succession planning” firm that outlines a plan based on the owner’s goals and show them what should happen based on the owner’s retirement plans and the growth of the business. This usually is measured by increases in the number of clients, revenues, and profitability.

The problem with these pro formas is they usually create expectations by the retiring owner of what the successor “should” be able to achieve and locks out the successor from taking on realistic initiatives that would be more successful. In doing so, it erodes trust between owner and successor. Consequently, in a majority of the firms I’ve followed, the designated “successor” does not end up taking over the business — and the firms are sold to outside buyers.

The reason for the low success rate for internal succession plans is the singular focus on achieving those “target numbers,” rather than on the current growth environment and grooming the successor to take over the business. Here’s an example of a transition that illustrates the elements of what I’ve found to be the keys to successful successions.

About 15 years ago, I got a call from a male owner advisor who had met a young female advisor who wanted to sell her firm, but continue to work with her clients. The resulting merged firm has been a client for 15 years. The owner has retired and his (previous) firm is now owned by two younger partners, and the successor transfer is completed.

But, the key to the success of this transfer came not from setting goals, but from an almost myopic focus on the relationship between the owner and his successors. That relationship was based on building trust between them and a transfer of knowledge, information, and support from the owner. Most important, there were open and honest communications between the groups.

Trust can be conveyed in a number of ways: patience, support, honesty, encouragement, acceptance of weaknesses, and openness and honesty. Also, with a transition, there must be a willingness to transfer power and authority, a clear desire to create a good relationship with the successor, and most importantly, a commitment to the successor.

Once the owner has created a solid relationship with his/her successor, they can focus on passing along the tools the successor will need to be successful. This begins with learning the ins and outs of running the business, such as decision making, communication, and strategic planning. Of those, decision making is by far the most important.

In their current jobs, most future successors usually don’t have to make decisions that greatly affect the business as whole. Even though many employees secretly — or not — believe they could make better decisions than their bosses, they really have no idea until they sit in the big chair.

Responsibility changes everything. Having an opinion is one thing. But taking responsibility for the consequences of the outcome is something else. Thus, an owner must give a successor some experience in making big, or even not so big, decisions. And, then, you are going to have to help them evaluate the outcome, take responsibility for it and then decide what to do next.

In decision making, it’s important to give future leaders the experience of failure. An owner may see that something is going to fail, but the successor needs to learn it. This means owners have to let their successor fail so they learn it’s not the end of the world. Giving them the confidence to try and fail is one of the best things to do for them.

Of course, for most owners who are working on an internal succession, their financial future is partly dependent on the success of the firm. Helping a successor to be the best they can be is in their best interest, but there are times in this process they have to give a little to get a bigger result. Small financial failures can go a long way in helping a successor learn.

An owner also has to leave their successor room to do the new job their own way. Everyone is different. Forcing successors to try to be like the owner is simply setting them up for failure — not only to be like the owner but unable to their new job. Successors have to figure out how to do their job in the way that works for them, which means the owner must let them learn.

Next, owners must help successors to form good relationships with the other employees. This can be very difficult for many owners who have become quite attached to “being the boss.” Not to be overly harsh, if an owner wants their protege to succeed with the business, they have to let go of the reins — and, when called upon, help the new owner be the best boss they can be.

Helping a successor have good relationships with the firm’s employees boils down to being a good leader. This is not learned in a classroom, but through great leaders. To teach leadership, you need to take an interest in a successor, be sure they have what they need to succeed at their jobs, be more concerned with fixing problems rather than blame, and be quick to take responsibility for bad outcomes of your decisions and actions.

Further, when you take your leadership to the next level, the successor becomes more committed to being at your firm. That is, they can say unequivocally: “I don’t want to be anywhere else.” Once you have that level of commitment and a willingness to learn how to make decisions, the successor is truly ready to “talk numbers.” When this happens, they become the player calling the shots, and you become the parent cheering from the sidelines, providing guidance only when asked.

If done right, the rewards are exponential in growth, valuation and your retirement savings. In all my years guiding clients through internal transfers, the numbers take care of themselves when you start the process with people and their communication. All growth begins with trust and commitment. If you don’t have that, you don’t really have anything to transfer.

Angie Herbers is chief executive at Herbers & Company, an independent growth consultancy for financial advisory firms. She can be reached at www.HerbersCo.com.

Tibergien: The Smell of Fear

Are you behaving in a way that causes others to question your leadership? 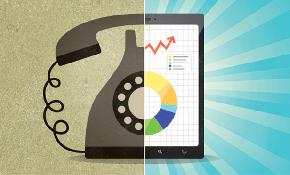 Over the past few decades, advisors went from having almost no choices to getting a long menu of solutions. The shift was — and remains — exciting.