The Secret to Picking Recession-Resistant Stocks 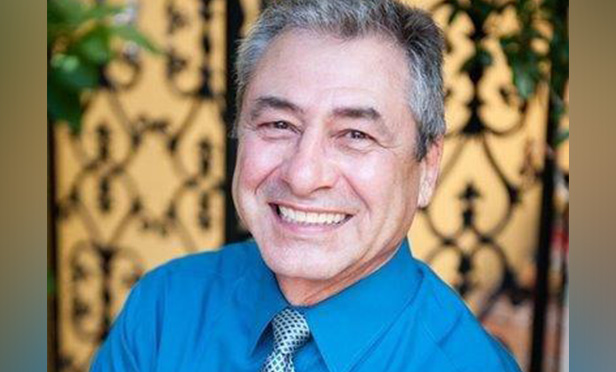 Picking recession-resistant stocks is far more science than art — and today isn’t too soon to start getting scientific, as signs that a recession is on the way are mounting, many experts contend. Shun the cyclical sector; instead, zero in on companies that focus on giving consumers bargains. Or so says consultant Joseph Belmonte, Ph.D., who uses a stock-picking system that Warren Buffett employs as a filter to determine purchase price, according to the strategist.

Belmonte talked to ThinkAdvisor about how investors can best prepare for a recession, especially by using his investing methodology — clean surplus accounting — to choose equities.

Since 2003, when he began applying clean surplus, Belmonte’s portfolios have outperformed the market, on a compounded basis, by about 2:1, he says.

Founder of Buffett and Beyond Research, the consultant, based in Boynton Beach, Florida, is studying 600-700 stocks to learn how they performed in the last recession (that is, the Great Recession). This is a reliable indicator of how they’ll do in the next one, he maintains.

Using clean surplus analysis, which excludes a company’s one-time gains and expenses, and other events distinct from usual business, Belmonte focuses on stocks with the fastest and most consistent earnings growth.

“The numbers tell almost everything we need to know about a company. You just have to use the right numbers,” says the Ph.D., who has developed hedged growth-income strategies for family offices and holds lectures for professional investment groups nationally.

In a recent phone interview, Belmonte discussed his  system. The doctor of business administration is a former associate financial professor at Northwood University in Midland, Michigan. Before immersing himself in the stock market, he notched a 13-year career as a marine engineer.

THINKADVISOR: There’s increasing talk of a looming recession. How should equity investors prepare?

JOSEPH BELMONTE: You want to stay out of cyclical stocks because as soon as that “R” word is mentioned, cyclical stocks start declining or, at least, will stop going up.

What types of stocks are smart to invest in, then?

We’re looking for recession-resistant stocks. When there’s a recession, where are you going to shop? A place like Ross Stores. You’re not going to go to a steak house for lunch; you’ll get a burger from McDonald’s. Those are the types of stocks you want to get into.

What sort of research do you recommend to find such equities?

You need to go back and see how companies did during the last recession: Did their earnings — or net income, which I use in my strategy — decline? If you look at the records of stocks like Caterpillar, Macy’s, housing, cruise lines, hotels — all very cyclical — they declined in the nasty recession from June 2008 to 2009. Ford was down 65%, Royal Caribbean Cruises was down 75%.Las Vegas Sands was down 92%.

In a recession, people aren’t going to hotels because they don’t know what tomorrow will bring. They’re thinking: “I don’t know if I’ll have a job next week; so I’m not going out and spending $200 a night on a hotel room.”

What are other examples of stocks that do well in a recession?

Dollar Tree, AutoZone, O’Reilly Auto Parts. We know that fewer cars will be sold during a recession and that people will keep up their old clunkers. That’s where the AutoZones and O’Reilly’s come in because they sell car parts to keep the clunkers running longer. During the last recession, McDonald’s was down only slightly. Dollar Tree was up 25%. AutoZone was up 32%.

But what sectors, per se, would be good to invest in?

I stress the stocks rather than the sectors. I don’t want more than 10% in each sector. I just want to see which companies are making money. The stock’s numbers are the first determinant of whether I get into it or not. So that automatically keeps me out of all the sectors that aren’t doing so well.

What sectors do you deliberately stay out of?

I don’t like bank stocks because they’re in tune with interest rates, and interest rates are artificially changed by the Federal Reserve. I don’t like oil companies because they’re cyclical stocks. When they’re doing well, they’re doing great. But if Saudi Arabia says they’re doubling production or cutting it in half, the markets go crazy.  All that can be manipulated by the governments that own those wells. Anything that can be manipulated by politicians or governments, I don’t want to be involved with.

Buffett's Been Quiet, But His Philosophy Still Speaks Volumes

What is clean surplus accounting, the method you use for stock picking?

Clean surplus is an old term for earnings. The system is a whole different psychology because you’re just going by the numbers showing [how] companies are making money. The premise is to find companies with earnings that are growing at a consistently increasing rate and are higher than the next company and the next company [and so on]. It allows you to compare the operating efficiency — return on equity — of one stock to another, even across industry lines.

What does the analysis involve?

It allows us to develop the net income [number], which is substituted for earnings. Net income takes away non-recurring items and future liabilities, like which companies are getting sued, from the earnings number and leaves a net income number that’s comparable from one company to another. Once we have that ratio, stock selection becomes quite easy.

Why do you focus on the net income number?

I’m strictly a numbers person. Accounting numbers weren’t made for selecting stocks. Investing is its own discipline, but schools haven’t recognized that. They keep regurgitating finance and accounting principles to investment classes. Investing is all about numbers. If 96% of professional money managers can’t outperform the S&P 500 or the Dow 30, then maybe those numbers aren’t meant for comparing IBM to Amazon to Merck to Starbucks [etc.]. The clean surplus methodology makes more sense.

Who would this strategy appeal to most?

This is a good system if you stick to it and don’t get crazy — if you don’t run out and sell because the market is down, like today, and buy the next day when the market is up. The numbers don’t lie. They’re there to tell you something. You just have to use the right numbers.

And you’re mostly pinning your decision on that ROE number?

Academics and advisors often ask me, “Why don’t you think about this number or that number?” I tell them, “You can’t think too much. Once you have the [ROE] number, stop thinking because we can think ourselves to death.” We can come up with every reason in the world whether, say, we should or shouldn’t buy Amazon.

But using mainly the clean surplus figure seems to be taking a narrow view?

As long as the company is making money and the stock is going up consistently and gaining value each and every day, I can sleep at night. I don’t worry about the price. Eventually price will follow value.

Anything else that you look at?

Debt and anticipated revenues. Up until the past three or four years, I strictly used the ROE number for the portfolios. Lately, I’ve added anticipated revenues to the mix. It’s hard to say if that will [have impact]. My methodology has worked out  very well over the years.

What sort of return have you had?

The portfolio will return about 80% of the [ROE] number. We try to pick stocks that have a 20% ROE. If we can find 30 stocks that exhibit that, then we can expect 80%. Holding [such] stocks for a year, we’ve outperformed the market on a compounded basis by about 2:1 since the beginning of 2003.

With what level of risk?

How do you find the net income number?

It’s difficult. You have to look at the footnotes to see what the future liabilities of the company are. They don’t like to put those numbers in; so they put them in the footnotes. And you’ve got to stay away from a company’s “extracurricular activities” even if they make money. For example, is McDonald’s really in the real estate business because they buy places and then lease the land back to the franchisees? We want to invest in the most efficient companies that are doing what they do best.

Why do you need to have 30 stocks in a portfolio?

I found in my research that if I invested in the top 10 of those 30 stocks, I wound up having a more volatile portfolio. I also experimented with 50-stock portfolios. But they began to correlate more with the market averages. So if the portfolio is too big, you become the market. If it’s too small, it gets very volatile.

When do you get rid of a stock?

When a company’s earnings start to slow down. GE is a good example. When it dropped lower than our 20% threshold, we really had a big problem selling it. We waited a year, and then it dropped a little more. We said if we’re following our rules, we have to get out of it. It doesn’t matter what the name of the stock is. We sold it, and we’re happy we did.

Buffett's Been Quiet, But His Philosophy Still Speaks Volumes