ThinkAdvisor Life/Health recently ran an article about the decline in life insurance sales to folks under 40. There are a number of reasons for this trend. Among them, I believe, is the lack of financial support for Life Happens.

I have spent 58 years in this business and am a life member of the Million Dollar Round Table.

In the late 1980s and early 1990s, the industry faced what many observers called a “crisis.” As one person described it, we were getting “hammered” by the media, the state insurance departments, the FTC and the courts, all very publicly, and in a few high-profile cases quite justifiably. And yet, no one was responding to defend the industry.

In 1993, I was a member of the Industry Reputation Task Force, which was organized by seven field organizations to address this gap. In October 1994, we created the Life and Health Insurance Foundation for Education (LIFE), which is now Life Happens. In June 1995, I became LIFE’s first full-time president.

For the record: I am no longer employed by Life Happens, nor am I a member of its board of directors.

Here is what we did, when I was at LIFE.

We engaged the communications firm Robinson Lake Sawyer Miller, now Weber Shandwick, to help us develop a message and strategy to restore consumer confidence in life insurance. They told us our challenges included restoring our own faith in life insurance. The negative media coverage was beginning to get to us as well. As a result, LIFE embarked on a campaign to emphasize the essential role of life insurance in a sound financial plan, and the value added by agents and advisors.

We had dual objectives: first, to restore public awareness and confidence in life insurance, and the agents and advisors who sold it; and, second, to give those agents and advisors the confidence that someone had their backs. We reminded them that, “A financial plan without life insurance is just a savings and investment program that dies when you do.”

The 10 Best Bars in the World

We spread out across the offices of over 100 life insurance company CEOs and succeeded in raising about $10 million a year for three years to support our messaging campaign.

And, as time passed, surveys showed we had begun to “move the needle.”

However, over the next few years, as the sense of crisis passed, funding began to diminish, as did our budget. Our message began to reach fewer and fewer people, including producers themselves. I retired in early 2008. To stay focused on its mission, with a smaller budget, LIFE changed its name to Life Happens. Life Happens now produces some of the finest marketing and sales support material available.

I’m not suggesting LIFE’s forced retreat from the broader and more intensive public information/education strategy is the only reason for the decline in life insurance sales to younger people, but I do believe it is a significant contributing factor.

Holgar Johnson, who was the president of the Institute for Life Insurance for 22 years, through and after World War II, said about public relations and public education, “You have to keep everlastingly at it.”

That the life insurance industry did not stick with its increasingly effective public education program has meant, particularly for young people, that life insurance is not seen as “essential to a sound financial plan.” As a result, many young people will die with only a few thousand dollars, if that, in a 401(k) or other savings, leaving their families terrified about the future.

One of the great advantages LIFE had was that we were seen as independent of any company, as indeed we were. That gave us credibility. Life Happens has that same advantage. It just needs more money to do the job.

Surely, with half a trillion dollars in annual life insurance premiums the industry could use 0.01% of that revenue, or $50 million a year, to educate the public about the essential role of life insurance in their financial plans, and about the value added by insurance and financial advisors. 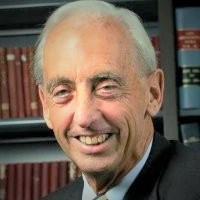 David Woods, CLU, ChFC, LUTCF, is a retired insurance agent in Longmeadow, Massachusetts. He was the chief executive officer of the National Association of Insurance and Financial Advisors from 2003 through 2007, and the president of Life Happens from 1995 through 2007.