5 Debt-Laden Companies That Are Getting Extra Investor Attention

Some fear the turmoil in GE’s credit is a sign that things can get much worse.

The good times are coming to an end in the corporate debt market, and this week’s turmoil in General Electric Co. credit is a sign that things can get much worse.

That’s what a growing chorus of money managers are saying. About half of the $5 trillion market for investment-grade bonds now resides in the lowest tier of ratings. Many investors fear that as global economic growth shows signs of slowing, the rosy assumptions built into companies’ profit forecasts could prove wrong, and at least some of the lowest-rated high-grade debt may end up getting cut to junk.

Blue-chip company debt has been clobbered this week, and is on track for its worst year since 2008. One of the biggest whipping boys in corporate bond markets has been GE, which is facing weak demand for gas turbines, high debt levels and a federal accounting probe. Now investors are looking at other companies with big borrowings, including Anheuser-Busch InBev NV and Ford Motor Co., for any signs of fragility.

“GE is a harbinger for what’s going to happen when large capital structures get downgraded,” said Josh Lohmeier, head of U.S. investment-grade credit at Aviva Investors, which manages more than $480 billion. “It’s going to be messy, and it’s going to be painful.”

Lohmeier isn’t the only one flagging such risks. Guggenheim’s Scott Minerd said Tuesday that GE’s selloff is just the start of a “ slide and collapse” in investment-grade credit. Jeffrey Gundlach, CEO of DoubleLine Capital LP, said corporate debt is the ” most dangerous” part of the high-grade bond market. Distressed-debt investor Marc Lasry is eyeing an eventual sell-off in the investment-grade market for his next opportunities, including bonds sold by GE if they become even cheaper.

These are five other corporate borrowers that are on money managers’ radars as the market weakens:

Moody’s Investors Service said last month that it may downgrade the world’s biggest brewer, citing the company’s large debt load. AB InBev’s liabilities mushroomed as part of its 2016 acquisition of competitor SABMiller PLC, with borrowings equal to 5.4 times a measure of earnings known as Ebitda as of June 30. Moody’s said it expected that metric to be closer to 4 times now.

To hit that target, the company would possibly have to fully suspend its dividend and reduce debt by $26 billion by the end of next year, Barclays PLC said in an Oct. 5 report. In late October, the company said it was cutting its dividend payout in half. Earlier this week, it said it was buying back up to $2.5 billion of bonds — a testament to the company’s commitment to deleveraging, according to CreditSights.

The only Detroit automaker to avoid bankruptcy during the financial crisis, Ford has since fallen out of favor as investors worry about how higher steel tariffs and slowing sales will weigh on its profits. The company’s debt is trading like it’s speculative-grade, even though it’s rated one step above junk by Moody’s and two steps by S&P Global Ratings. Ford says it’s committed to maintaining investment-grade ratings, but investors fear the company could return to high-yield territory as it’s fighting a “ multiple-front war” including slowing sales growth in China and higher costs in the U.S. from global trade disputes.

Campbell Soup more than doubled its debt load to nearly $10 billion with its acquisition of Snyder’s-Lance Inc., pushing leverage to more than 5 times Ebitda. The company’s deleveraging path has hit a few road bumps, with its CEO unexpectedly resigning in May and the company forecasting earnings well below analyst expectations. Facing a potential downgrade to junk, Campbell said it would pay down debt by selling assets. Moody’s, which rates Campbell two steps above junk at Baa2, has removed its downgrade review from the company. But it changed the medium-term outlook on Campbell’s rating to negative.

Activist investor Dan Loeb is pushing the company to overhaul its strategy, and is trying to gain seats on Campbell’s board of directors. Risk premiums on the company’s 4.8% bonds due 2048 have jumped to 2.53 percentage points, from 2.15 percentage points in September.

When Dr. Pepper Snapple Group Inc. combined with Keurig Green Mountain Inc. in July, the merged company was left with around $17 billion of borrowings, which Moody’s estimated would be 5.6 times the company’s Ebitda. Keurig Dr Pepper has said it will lower leverage to under 3 times in two to three years from the closing of the merger, but analysts have been skeptical that such an aggressive timeline is achievable. In its first quarter reporting earnings as a joint company, Keurig Dr Pepper said it had repaid about $550 million of debt since the deal closed.

The utility holding company already faces up to $17.3 billion of potential liabilities for 2017’s wildfires, according to a JPMorgan Chase & Co. estimate, and could face as much as $15 billion from the wildfires ravaging Northern California now, according to Citigroup Inc. (The state’s authorities are investigating PG&E equipment as the possible cause of the Camp Fire, which could trigger liability for the company.)

Those are big figures for a company that earned shareholders about $1.6 billion last year. PG&E said on Wednesday it had fully drawn down its credit lines. “The risk of bankruptcy is very real for these guys,” Bloomberg Intelligence analyst Jaimin Patel said on Wednesday.

Representatives for GE, AB InBev and Campbell Soup said they are cutting debt to reach their target levels, and they along with a spokesman for Ford said they are committed to maintaining investment-grade ratings. A spokeswoman for PG&E noted that the cause of the Northern California fires has not yet been determined, and the company has borrowed under its credit facilities to provide greater financial flexibility for general business purposes, including to pay down upcoming debt maturities.

Representatives for Ford and GE said their companies are moving with a “sense of urgency” to restructure their businesses and pay down debt. Spokeswomen for AB InBev and GE pointed to their companies’ decision to cut dividends to accelerate paying down debt. A spokeswoman for Keurig Dr Pepper said it has managed to rapidly cut leverage after past deals.

Not every market participant is convinced GE’s troubles will spread. In a note dated Tuesday, Bank of America Corp. strategists led by Hans Mikkelsen said that GE’s problems are relatively con‘fined to the company.

The challenges that corporations including GE and PG&E are dealing with may be more individual company issues, but AB InBev, Keurig Dr Pepper and Campbell Soup all face risks linked to their heavy debt loads after acquisitions. Real problems may arise if their commitments to pare down aren’t met fast enough.

Sales for new bonds have shown signs of pressure lately, as well. Industrial & Commercial Bank of China Ltd. pulled a deal this week.

“The blind faith people have put in corporate bonds in recent years is unraveling,” said Andrew Chorlton, head of U.S. multi-sector fixed income at Schroders PLC, which manages more than $400 billion. “If you don’t deliver on deleveraging, you won’t be granted the same freedom that you once were.”

Editor’s Note: Why This Matters to Agents

Life insurers make heavy use of high-grade corporate bonds to back obligations related to life insurance policies, annuities, long-term care insurance, and other products that may pay benefits starting far in the future, or for long periods of time.

U.S. life insurers had about 48% of their $4.4 trillion in general account assets invested in corporate debt securities in 2017, according to data from the American Council of Life Insurers’ ACLI 2018 Life Insurers Fact Book.

How bonds perform affects what products life insurers can sell, and what insurers charge for the products. 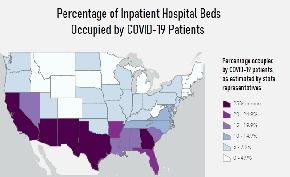