Commit, Communicate and Collaborate for Success in Business

Commitment, communication and collaboration are key to running a great firm. 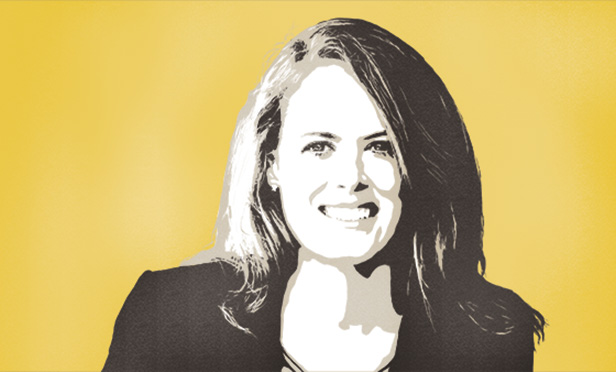 Whenever I get hired to work with a new owner advisor, they almost always “know” what they “want” me to help them with: an organizational chart, a compensation plan, finding a rainmaker, technology, etc. Yet, rarely are those things what their business really needs. In most cases, what the client is really requesting is help with growing their independent advisory business. In rare cases, they say that they want to become a better business owner. While I might start working with them on what they think they “want,” I’m slowly but surely training them to run their firms better — by focusing on what they most need.

Here are the key elements of what many advisors need to be a successful business owner:

1. Commit to decisions. This doesn’t seem like it would be a problem for advisors who want to run successful businesses. Yet, it’s surprising how many firm owners jump from one project to another at the first sign of difficulty, without giving any project a real chance to succeed. Equally as bad is not learning from what they’ve tried to do.

I’ve found the real cause of this “failure to commit” is that most firm owners don’t really know where they want their business to go. I’m not talking about a “business plan.”

As I’ve said before, detailed long-term business plans, more often than not, overwhelm business owners and put them into a state of mental paralysis. Instead, simply having a general idea of what you want your business to be is far less intimidating — and far more motivating.

Consequently, the first step to successfully growing an advisory business is defining what you mean by “growth.” Many firm owners define “growth” as increasing profits and/or revenues. But these are not the only measures of growth, and often they aren’t really what owner advisors want to get back from the businesses they build.

Though it’s nice to make more money, typically that is far down on most advisors’ priority lists. And, in a privately held business, owners can define “growth” any way they want to. Instead of income, independent advisors tend to value control over their working environment, personal and/or professional growth, and helping others.

There are many definitions of “growth” beyond more revenues, profits, and clients. Before a firm owner sets out to grow their business, I highly recommend they have a heart-to-heart talk with themselves — and possibly their spouse or significant other — about what they really want from their business.

If you define “growth” as one or more of these intangibles, your progress will be harder to measure. For instance, you could have substantial “growth” without anything appearing to be different. When we have a narrow definition of growth, it’s easy to forget about seeing what’s changed for the better.

If these are your goals, you should assess your progress beyond the profit and loss statement: Is your client service better, staff more knowledgeable, tech interface more user friendly? And are you becoming a better executive and owner? And perhaps most importantly, is your business becoming more mature? In other words, as a whole, is it better for you, for your employees, for your clients? It’s up to you as the owner and your partners to define what “successful” growth is for your business.

There’s nothing wrong with traditional business growth goals such as increased clients, revenues, and profits. However, with easily “quantifiable” goals, there is the danger of putting too much pressure on yourself and your staff in order to attain them.

For instance, today, many firm owners have a goal of attaining $1 billion in client assets under management. While that’s a worthy goal, underneath their bravado, the magnitude of it can be intimidating to many.

It’s far less stressful — and more successful — to have a general idea of what you’re trying to do, like grow AUM. And then take steps to do that. If you later get to $1 billion, great. If at some point along the way you realize your firm’s AUM is big enough, that’s fine, too.

Once a firm’s owner(s) defines what the “growth” of their business will look like, making decisions about what to do next becomes much easier. Rather than having some massive plan that extends far out into the future, you can simply make decisions about what steps to take next, one at a time.

Taking small steps by making small decisions greatly minimizes your risk. For most small businesses, betting the farm on any one step is usually a recipe for disaster. Sooner or later, you’re bound to lose one of those bets; and when you do, chances are you won’t have the resources to recover.

The other major benefit of taking small steps is that they are easy to commit to. I’ve found that the biggest road block to successfully implementing growth plans is firm owners’ fear of failure interfering with their commitment to the success of each step.

If instead, you have only a general idea of what you want to do (i.e. grow your revenues), failure doesn’t become an issue. What’s more, when you attempt smaller, more attainable steps, it’s easier to commit — which makes success far more likely.

And should you take a small misstep, it’s far easier to admit to it and learn from it. That way, whether you win or lose, it’s much easier to decide on the next small step and commit to it.

2. Communicate. It’s essential that owner advisors communicate what they want and need to clients, partners, and employees. The key is to not make your requests personal. Instead, communicate what the business needs. Talking about business needs creates a sense of team work for achieving a goal. It also sends the message that everyone on the team plays an important role in the success of the business, which is highly motivating.

When asking for help, it’s best to ask questions and listen closely to peoples’ responses. This takes more time, energy, and focus, but you’ll get far more buy-in from others for the success of the project.

It’s also important to accept help graciously. Acknowledge the contributions of others and show appreciation for their time and effort. Again, focus on their contribution to the success of the business.

When you lose the “self,” in your interactions, you’ll see your bossiness and your employees more objectively, rather than from the perspective of what you need.

For example, I have a client firm that has a problem with one branch office — it isn’t very profitable. It seems its sole employee won’t listen to suggestions, and the owner wants to cut him loose.

My suggestion was to schedule a meeting with the staff member and try to fix the problem through better communication. What’s crucial is to state the problem clearly and simply, and make it clear that you are there to help. Ask what your firm can do to help the employee do better.

In this case, it seems that the client interface technology did not get upgraded when the home office version did, and that the firm’s marketing campaign hasn’t been very effective in the branch’s small town. The tech problem was an easy fix, as was the marketing issue after the firm agreed to let the staffer do local seminars to attract new clients.

Unless you’re a solo shop, the key to being a successful advisory firm owner is to know what you want and to communicate that effectively with your employees, partners, and clients, as well as to collaborate on making it happen. Remember, it’s not just about you. It’s about everyone in the firm working together toward a common goal.

Angie Herbers is an independent consultant to the advisory industry. She can be reached at angie@angieherbers.com.

The Swiss-based bank says the head of ING Group will become its leader on Nov. 1, succeeding Sergio Ermotti.

BPU Investment Management purchased, recommended or held mutual fund share classes that charged 12b-1 fees instead of lower-cost ones.

The independent broker-dealer explains how a new integration has improved its ClientWorks advisor platform.