Rolling Bear Market in U.S. Equities Getting Hard to Shake Off 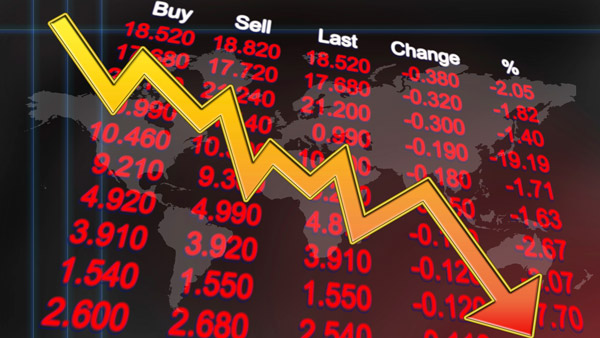 If you own a fund tracking the S&P 500 Index, the damage has been limited. But if you’re one of the millions of investors holding individual stocks in that benchmark, the last month has been as harrowing as any in at least three years.

The issue is below the surface of the violent rotations going on daily among industries, demonstrated Monday when three sectors dropped by more than 1 percent while the full index slipped by half that. The S&P 500 is down more than 7 percent since its record close in late September while banks, automakers and raw materials suppliers have lost roughly twice as much.

For the broad indexes, one industry goes down, usually a cyclical sector reliant on growth, while a defensive industry cushions the blow. But for traders and active fund mangers levered into bets on economically sensitive companies, the result has been unrelenting pain.

While the S&P 500’s current peak-to-trough retreat trails other pullbacks that the market experienced this year, individual stocks are faring worse. Members of the index dropped an average 17 percent from their 52-week highs, compared with 15 percent at the market’s bottom in February. Such widespread losses were last seen in early 2016, when the market suffered its biggest sell-off in four years, according to data compiled by MKM Partners and Bloomberg.

Inflation Reduction Act Could Spark Surge in Some Home Improvements

CDC Director Lays Out Overhaul of Agency After Pandemic Missteps

“It’s a very fickle market at this stage, especially for stocks that don’t have very strong perceptions of their growth outlook in the market,” said John Vail, chief global strategist at Nikko Asset Management. “People are feeling testy. ”

Industrial stocks, which have trailed the market this year amid growing trade tensions with China, took a hit again Tuesday as Caterpillar Inc. joined companies such as Fastenal Co. and PPG Industries Inc. in flagging cost concerns. The S&P 500 fell 2.2 percent as of 10:33 a.m. in New York, poised for its 12th decline in 14 days.

That sectors took turns in succumbing to selling is a risk that Morgan Stanley has been warning about since the start of the year. Calling it a rolling bear market, Mike Wilson, the firm’s chief U.S. equity strategist, predicted that higher interest rates and a less-synchronized global economic expansion would deal a series of blows to financial markets in a pattern that will ultimately hurt leaders such as technology.

Computer and software makers, whose 2018 gains through September more than doubled the S&P 500, have accounted for some of the biggest losers this month, declining almost 9 percent. Chipmakers have done worse, tumbling more than 12 percent.

“The rolling bear market has unfinished business with the S&P,” Wilson wrote in a note Monday. “Growth, tech, and discretionary stocks were among the final holdouts from the rolling bear market. These stocks have now begun to underperform, and we think there is more ahead.”