Uneducated Consumers Have Been Sold a Bill of Goods

As a 35-year veteran of the financial services industry I’ve come to a basic understanding of the mindset of consumers. Everyone has a synaptic pathway between their cerebral hemispheres for function and creativity, but when it comes to money that bridge is out.

There’s no connection linking earning power and value spending. No correlation associated with their financial holdings and the market risk of their portfolio. And zero understanding of their own psychonomics because there’s no financial profile (not even a risk tolerance test) to use as a reference point to determine economic decisions.

It’s not that the public is brain dead, just vacant on the proper use of money. The final frontier isn’t space, it’s the emptiness between the ears. How could this void go unaddressed for generations? The public at large is at best economically inept. It should be an absolute scandal to the teaching profession in America that the number one economic power in the world is last on the list of educating its citizens on money. And the worst demographic among the country’s population are its senior citizens. Yes, my own baby boomer brethren!

Why Pay for Break Even Advice?

You would think that when you live through a crisis like the great economic recession where seniors to be lost 30 to 40% over the “lost decade” (2001-2010), you would be shaken you out of your lethargy. That you would suddenly awake out of your economic stupor and rebalance your portfolio with more conservative investments as you draw nearer to your retirement date. But no. You were cheered on by your financial adviser to double down on your risk to make up for losses, the very losses he positioned you in and exhorted you to stick it out during the market meltdown of 2008. Many baby boomer portfolios finally got back to par in 2015. But that’s a decade of recovery, not a decade of growth. And more insult to injury, you paid your financial guru for this “break even” advice.

The baby boomer generation is often referred to as the “sandwich” generation, caught between paying their parents long-term care costs and tuition for their children’s education. The squeeze was on for such a long time, that they failed to pay off their home mortgage, a first in American retirement modeling. What’s a boomer to do? Listen to the double down advice from a fee financial adviser who wants to build their assets under management with securities, even though the vast majority of seniors need guaranteed income they can’t outlive? Social Security benefits can help pay some of the basic living expenses, but rarely can it pay all of them.

How Are Retirees to Pay for Essential Spending?

How did seniors pay budget obligations with the uncertain returns of the market during the “lost decade”? Many couldn’t withdraw enough income to pay basic bills without severely eroding their portfolios being ravished by the sequence of returns. So, most portfolios contracted. The money wasn’t there for budgetary obligations, so seniors borrowed money and used credit cards to supplement their income. In fact, several news outlets last August reported that seniors are now the largest demographic group in the bankruptcy system. This was not the vision of the golden years retirees had in mind.

For the last decade, financial advisers and registered representatives touted the bull market’s earnings sustainability in contrast to the so-called meager returns of lifetime annuities. But again, those meager 3% annuity average returns generated actual income and many a senior didn’t lose sleep over those average returns which beat the double-digit losses of the “lost decade.” The reality for most retirees is just paying for the essentials and maybe a little discretionary spending on the side by using their Social Security benefits and a guaranteed lifetime annuity. That’s it. Simple financial fundamentals.

Five years ago, the IRS introduced qualified longevity annuity contracts (QLACs) that can only be funded by deferred income annuities. That was the Fed’s answer to longevity through partial required minimum distribution (RMD) deferral. The insurance industry had nothing to do with this benevolence. The service didn’t even consider government bonds, which is surprising, since most annuity portfolios are funded by them. But the Fed is involved once again, by raising interest rates, which will increase future annuitization payouts and thus increase their internal rate of return based on life expectancy. Partitioning a portfolio to serve as part income generator and part potential growth is a part of a firm foundation for a retirement plan.

— Read 5 Top Annuity Videos of the Year, on ThinkAdvisor. 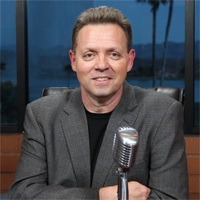 Steve Savant is a syndicated financial columnist, platform speaker and talk show host of the consumer show Steve Savant’s Money, the Name of the Game and the producer show, Let’s Get Down to Business. Savant is a major creator of financial services content for consumers and producers. He has taught continuing education classes for the Chartered Life Underwriter program, the Chartered Financial Consultant program, the Certified Financial Planner program and other designation programs.