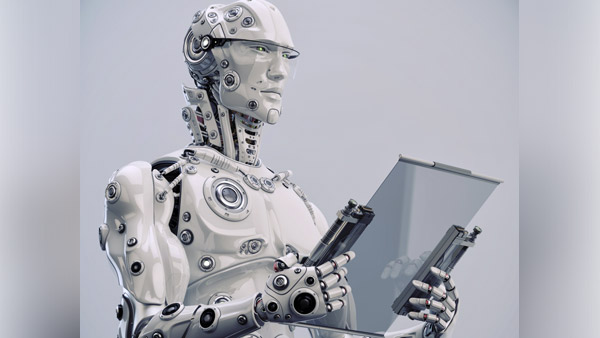 BlackRock is expanding its suite of thematic iShares ETFs with the launch of iShares Robotics and Artificial Intelligence ETF (IRBO).

This new ETF gives investors the ability to access companies that are creating rapid advancements across a wide variety of industries.

“Secular trends in technology aren’t confined to any one industry or geography, and that is particularly true for the broad-sweeping influence we see with robotics and AI driving innovation across all industries today,” Mark Alberici, head of iShares product innovation at BlackRock, said in a statement. “Investors looking to capture these long-term technology shifts now have a targeted solution available that reaches around the globe to offer exposure to leaders in robotics and AI.”

IRBO seeks to track an index that utilizes a rule-based security selection process to target the robotics and AI value chain.

IRBO offers investors access to two innovative and interconnected themes. As the components of the underlying index are equally weighted, IRBO is not dominated by mega-cap names and provides equal-weighted access to companies specializing in innovations across robotics and AI.

IRBO seeks to track the investment results of the NYSE FactSet Global Robotics and Artificial Intelligence Index, composed of developed and emerging market companies that could benefit from the long-term growth and innovation in robotics technologies and artificial intelligence.

The estimated expense ratios for the new ETFs are 0.12% and 0.15%, respectively.

Vanguard’s Equity Index Group will serve as the investment advisor for both ETFs.

The fund is available directly to individual investors, as well as through third-party financial advisors and workplace retirement plans.

The share classes have total net expense ratios of 0.20% for the investor class (FNASX), 0.13% for the premium class (FNBSX), and 0.10% for the institutional class (FNDSX).

The filings did not include tickers or expense ratios. The filings also do not provide much information about the funds’ underlying indexes, according to ETF.com.

When Your Prospect Says, "I Have No Money"

Emperor Investments, a robo-advisor with a technology platform built on 40 years of investment experience, announced its official launch.

The new firm, based in Toronto, is exclusively targeting U.S. retail investors looking for personalized equity portfolios, which are chosen by Emperor’s proprietary technology and evaluated by a team of investment professionals.

A key distinguisher of Emperor’s model is the firm’s focus on personalized portfolios that are invested directly in dividend-paying equities, not ETFs. To accomplish this, Emperor leverages the power of their algorithms to narrow down the universe of U.S. investable companies into a “dream team” selection, based off insights gleaned from four decades of investment experience by Francis Tapon, CIO and co-founder of Emperor.

Emperor’s model allows clients to have as many custom portfolios as they like, each one keyed to a different life goal, which in turn comes with its own unique investment horizon and risk appetite.

An initial investment of just $500 nets the investor a range of pure equity portfolios at a cost of 60 basis points.

This fund will have a significant impact on borrowers in underserved communities who struggle to attract affordable, responsible capital for their small businesses. Over five years, the $11.15 million raised so far will yield more than $38 million in loans for small businesses, create and retain more than 3,700 jobs and generate $75 million in annual economic activity, according to the firm, which says it has a 95% repayment rate.

The Small Business Impact Fund’s initial round offered investors two- and five-year terms with a nominal spread over a benchmark U.S. Treasury rate. Investors also took advantage of the option to source the investment from their donor-advised funds at large institutions like Schwab Charitable and Fidelity Charitable.

The platform is the initial offering resulting from a strategic partnership between the two companies, which also includes an investment by Advisors Excel in inStream and an agreement to develop and deliver customized technology to optimize the client experience, client outcomes, and the financial professional’s workflow.

As a result of the partnership with Advisors Excel, inStream’s offering now allows financial professionals to include customized annuity and other insurance solutions as they develop optimal financial plans for their clients.

The Rocket Dollar IRA is a self-directed retirement vehicle that allows for investments in alternative asset classes such as cryptocurrency, peer-to-peer lending, startups, private equity and real estate, in addition to traditional stocks, bonds and index funds.

The Rocket Dollar process is done entirely online. Each 401(k) or IRA has a one-time $360 fee for account setup. After that, clients pay $15 per month for account administration and compliance.

— Check out Bob Doll Checks In on His 10 Predictions for 2018 on ThinkAdvisor.