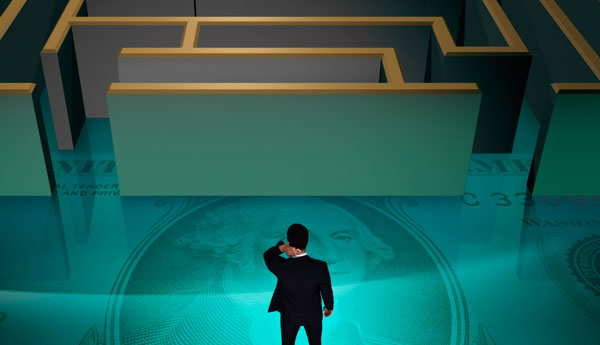 Almost three decades ago, BlackRock Inc. created software to obsessively monitor the then-fledgling firm’s financial risks. Now, after turning it into an essential tool on Wall Street, the firm is zeroing in another kind of client: financial advisors.

The world’s largest asset manager is marketing its risk analytics software, known as Aladdin, to the army of wealth managers who oversee billions of dollars in client assets.

The effort has gained a foothold, with the wealth-management units of Morgan Stanley and UBS Group AG, which oversee about $5.1 trillion in client assets, using the program to screen portfolios and analyze their weak spots.

The software was the star of BlackRock’s biannual investor day last week. In an art deco ballroom in midtown Manhattan, a rotating cast of top executives took the stage bathed in teal light, where they outlined plans to spread Aladdin to further reaches of finance.

“There is a huge opportunity for Aladdin to be the language of portfolio construction,” said BlackRock Chief Operating Officer Rob Goldstein during his presentation. “We’ve only just scratched the surface here.”

Aladdin is the lynchpin of BlackRock’s fast-growing technology business. Chief Executive Officer Larry Fink has said he hopes technology will power 30 percent of the firm’s revenue by 2022, though he said last year that would be a “giant reach.”

Winning over brokers and investment advisors will give the firm a huge platform from which to sell mutual funds and ETFs — and expand its already vast, some say alarming, influence in finance.

BlackRock has a long way to go in wealth management. While about 20 percent of the top 200 global asset managers use the software, it’s only reached 2 percent of the global private wealth industry, according to the company.

The creation of Aladdin — short for Asset, Liability, Debt and Derivative Investment Network — dates back almost as far as BlackRock itself. At first, the firm used it solely as an internal tool.

It’s often called the firm’s “central nervous system” because the software analyzes the $6.3 trillion investment firm’s every move. It monitors all of BlackRock’s portfolios, weighing what-ifs and worst-case scenarios, and even handles tasks like tracking corporate headcount.

Today, outside firms and competitors license the software to 30,000 users in 50 countries, according to the company. In addition to asset managers, other clients using Aladdin include the largest U.S. pension funds, Calstrs and Calpers, and some of the top insurers.

Even competitor Vanguard Group uses Aladdin to supplement some of its in-house risk-monitoring tools, according to a Vanguard spokesperson.

The asset manager first got the idea to start licensing the product in the 1990s, during the U.S. recession, according to Goldstein, a 24-year veteran of the company.

Wall Street firms asked BlackRock to examine their portfolios, giving the company an idea: it could sell the technology to other industry players and competitors.

“We had built an X-ray machine, and there were a lot of people who felt like something didn’t feel right and they needed an X-ray,” Goldstein said in an interview.

In total, Aladdin watches over a vast sum, rivaling the U.S. gross domestic product of more than $18 trillion.

BlackRock’s more recent plan grew out of an internal hackathon about three years ago. Engineers paved the way for a new product, called Aladdin for Wealth, which flipped the business model.

While the traditional Aladdin software examines data on millions of securities for large accounts, the wealth product helps brokers and investment advisers analyze client accounts invested in a more limited pool of securities, such as mutual funds.

Andy Saperstein, co-head of Morgan Stanley’s wealth-management unit, has said that using the software will help scour client portfolios for “risks that they didn’t even know where they were taking.”

That’s an area it can mine for opportunity. If Aladdin spots gaps or undue risk in portfolios, BlackRock can be in a good position to promote — and sell — its products, especially low-fee ETFs and index funds that clients on Main Street crave.

“This is something more holistic, which is where the industry’s going,” said Kyle Sanders, an analyst at Edward Jones. “There’s more demand for that now than there was five or ten years ago.”

BlackRock has also decided for the first time to open up part of the platform to engineers within its client organizations too, in an effort to further embed the software in their day-to-day business. Bloomberg LP, the parent of Bloomberg News, sells financial software that competes on certain fronts with Aladdin.

Competitors say Aladdin is becoming its own kind of risk. One recurring criticism of the software is that it could lead to a kind of groupthink about risk. With hundreds of clients relying on it, Aladdin could gravitate toward similar conclusions or fail to recognize common blind spots, critics contend.

SimCorp A/S of Copenhagen sells risk software that competes with Aladdin. Its chief executive, Klaus Holse, said some of his clients shun Aladdin because they “don’t want to enter into the systemic risk of being with BlackRock. If that for some reason fails, then everyone fails.”

Some SimCorp clients have raised concerns about BlackRock because they “don’t want to fund a competitor,” he said.

BlackRock’s Goldstein said such criticism is unfounded as Aladdin isn’t a one-size-fits-all risk tool. Each customer uses it in distinctive ways and rather than dictating behavior, it functions more like “a dashboard, in terms of how people drive a car,” he said.

The software is crucial to the asset manager’s future, he added. Hoping to impress that upon shareholders at investor day, Goldstein stood in front of a giant projection screen that displayed the words “ALADDIN IS BLACKROCK.”

“Aladdin and technology are core to everything we do,” he said. 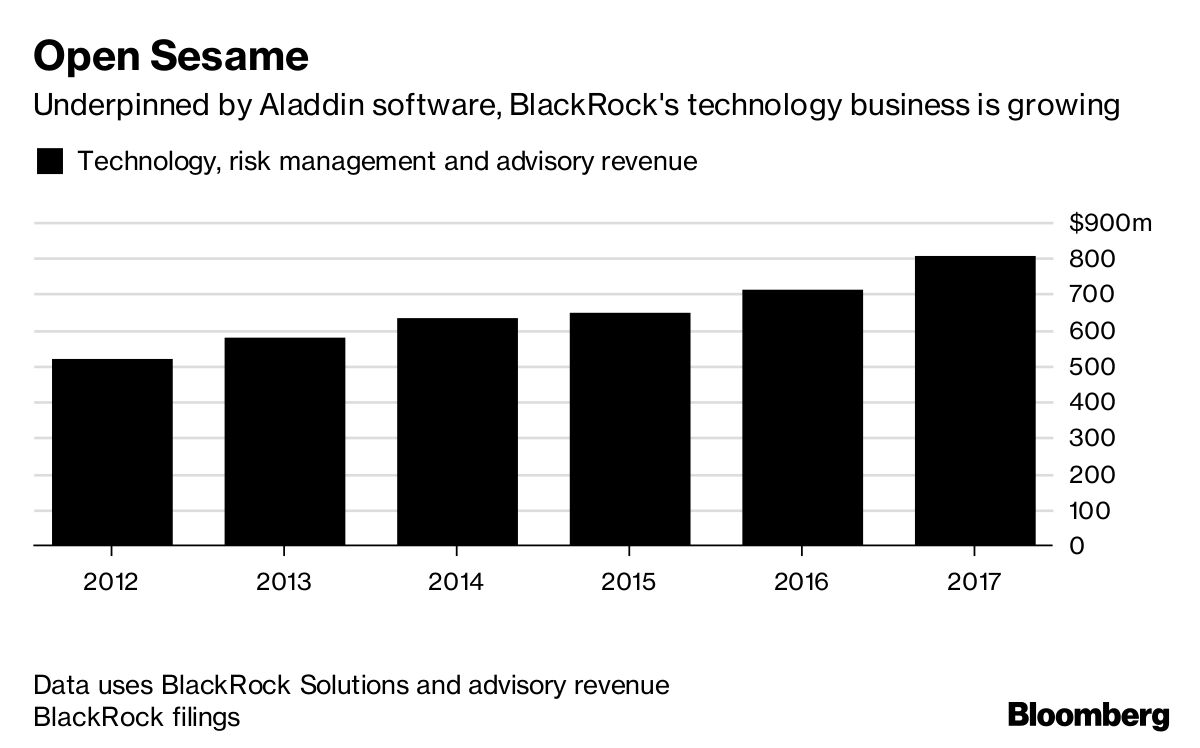