By Matthew Bergs and Anya Prince

This March, 23andMe, a direct-to-consumer (DTC) genetic testing company, received approval from the Food and Drug Administration (FDA) to test for predispositions to breast and ovarian cancer.

While this latest approved test is quite limited, because it only tests for three changes out of the thousands possible in the BRCA1/2 genes, it highlights the growing ability of individuals, and potentially insurers, to gather information about future risk for disease.

Consumers, by and large, perceive increased access to such testing as positive, but insurance experts have predicted that it could send the industry into a death spiral.

Essentially, the argument is that unless insurers have equal access to the results, consumers with a known predisposition to a costly disease would buy excessive amounts of insurance without insurers having the ability to accurately underwrite the coverage.

Consumers, on the other hand, fear that insurers will decline coverage or increase rates in anticipation of a diagnosis, even when only predisposition is indicated and not the actual disease.

Before diving into this debate, one might ask: “Should we even care about insurer use of genetic information?”

For almost a decade now, health insurers have been prohibited, under the Genetic Information Non-discrimination Act (GINA), from collecting genetic information or using that information when underwriting coverage. However, GINA does not apply to long-term care insurance (LTCI) or life insurance products. While fewer Americans have LTCI or life insurance than health insurance, the number of Americans who own such policies is still significant. For instance, the National Association of Insurance Commissioners (NAIC) reports that about 7.2 million Americans own LTC policies. LIMRA)reports that 44% of U.S. households own individual life insurance policies. Thus, insurer use of genetic information has the potential to impact millions of Americans.

One option insurers might favor is maintaining the status quo. Currently, at the federal level, LTCI and life insurance companies are allowed to internally set the guidelines for use of customers’ genetic information. Standard practice is that customers are not asked for genetic information, likely because the vast majority of genetic information is not useful when it comes to underwriting coverage.

Look at the Client's Whole World

As medicine and technology advance, however, so will the predictive value of such information, and, therein lies the problem. Insurers may soon be hard pressed not to use any and all genetic information that might provide a leg up on the competition as it relates to underwriting coverage. While this may not seem problematic in purely economic terms, indiscriminate use of such information may increase consumer distrust and prevent some consumers from undergoing valuable genetic testing. Thus, maintaining the status quo is not a viable option.

The option consumers seem to favor is to simply ban insurers from using genetic information, much like is done with race, and, in some contexts, gender. Consumers favor this option for a couple of reasons. First, genetic testing can potentially reveal deeply personal information about an individual’s health, such as a genetic predisposition to an incurable disease, and consumers are, understandably, hesitant to share that information with others. Second, history is rife with examples of misuse of genetic information (e.g., forced sterilization of the mentally deficient in the 1960s), and individuals are, understandably, fearful that genetic information may be used to discriminate against specific individuals or groups again in a similar manner.

For example, since 2001, insurers and the British government have agreed to prohibit the use of genetic information for all insurance policies under a specified amount (e.g., £500,000 for life insurance). However, for policies above that specified amount, insurers are allowed to use genetic test results that have been approved by a governmental body called the Genetics and Insurance Committee. (To date, only results regarding Huntington’s Disease have been approved for use, and only in life insurance applications).

Ultimately, the middle-ground model would provide insurers with the information needed to accurately underwrite customers’ coverage and, at the same time, limit potential privacy violations and discrimination. While careful consideration will need to be given to the standards for determining whether to approve the use of genetic information, the U.K. model presents a strong path forward for building a trusting relationship between insurers and consumers. 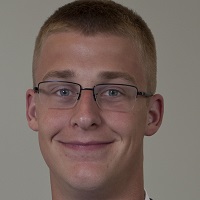 Matthew Bergs is a JD/MHA student at the University of Iowa. 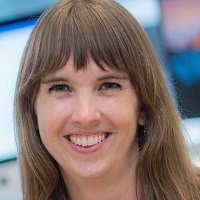 Anya Prince is an associate professor at the University of Iowa College of Law.

Anya Prince will address this topic during her keynote presentation at this year’s Global Insurance Symposium, and an in-depth analysis of these arguments is forthcoming in the Nebraska Law Review. A draft copy of the paper is available here.

Look at the Client's Whole World