A short- or longer-term shutdown could have a variety of effects on the markets, Greg Valliere and Andy Friedman say.

As a government shutdown looks like a distinct possibility come Friday, investors should expect market volatility to accompany a short-term shutdown while a longer term one offers both upsides and downsides.

While media reports are attributing the shutdown fight to an immigration policy row, Greg Valliere, chief global strategist at Horizon Investments, said Tuesday that too little attention is being paid to the political divide over spending.

“There are major differences on spending,” Valliere noted in his Tuesday Capitol Notes commentary. “The Democrats are insisting that if the Pentagon gets a huge spending increase — which is virtually certain — domestic spending should get an equally generous hike.”

As of Tuesday morning, Valliere continued, there simply weren’t enough votes “to keep the government open past midnight on Friday.”

Andy Friedman, head of The Washington Update, told ThinkAdvisor on Tuesday that Congress could agree to another short-term funding extension via a continuing resolution. However, “with each succeeding short term extension — this would the third in a row — the odds of an eventual shutdown increase.”

Congressional dithering over government funding “can lead to short-term market volatility, as it raises questions about Congress’ ability to attack more comprehensive issues,” Friedman added. “But any market pullback over funding typically is temporary.

When Congress finally reaches agreement, even if only a short-term extension, the markets typically bounce back,” he continued, adding that he regards “a market pullback over fear of a government shutdown as a buying opportunity.”

Valliere adds, however, that “a lengthy shutdown — which is possible — would begin to have an impact on confidence: investor confidence, consumer confidence and business confidence.”

— Check out 6 Things That Worry Greg Valliere on ThinkAdvisor. 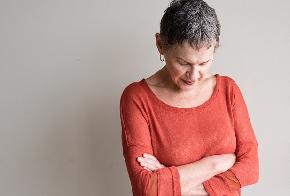 A Brookings paper outlines policies that could change to help women save more and get better retirement benefits.