How 8 Families Would Fare Under Congress’ 2 Tax Bills

While Congress irons out the differences between the tax bills proposed by the House and Senate, taxpayers have been living in limbo, and putting year-end tax planning on hold.

To see how the tax bills that passed each chamber would affect Americans across a range of incomes and circumstances, Bloomberg turned to Tim Steffen, director of advanced planning at Baird Private Wealth Management.

Steffen provided eight scenarios, from a Manhattan homeowner with a $2 million salary to a renter in Milwaukee making $40,000.

Most taxpayers would do better under the Senate bill, the results show — but that’s for the first year. Keep in mind that GOP senators crafted their individual tax changes to expire in 2026. Most of the House bill’s individual tax changes are intended as permanent — except for a $300 tax credit for qualifying individuals that would expire after 2022. But the Senate’s tough budget rules mean that its “sunset” provisions are more likely to become law.

These scenarios examine only wage income and pass-through business income, and how the taxes owed on those earnings would change. They don’t examine the effects of city taxes, which can make a major difference. They also don’t examine any larger economic changes that might result under certain portions of the legislation — such as the potential for some low- and middle-income people to see higher health-insurance premiums or for investors to receive better returns based on a planned corporate tax cut. 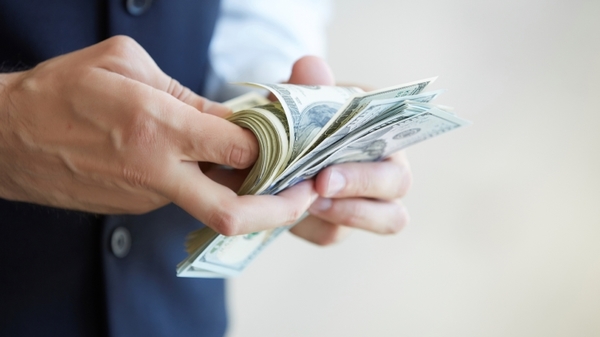 These Manhattan residents have a jumbo mortgage (at an assumed 4% interest rate) and take a $40,000 deduction on mortgage interest; pay property taxes of $96,250 and state income tax of $135,360; and make annual charitable contributions totaling $100,000.

The differences next to current tax law stem from new limits on deductions. The Senate bill results in a lower effective tax rate than the House — largely because its top marginal tax rate is 38.5%, while the House bill retains the current 39.6% rate for top earners. (“Effective tax rate” means the overall, blended rate you pay as different tax rates are levied on your income at different thresholds.)

City taxes for these Manhattan dwellers would work out to almost 4%. Combine that with the top federal rate and top state rate, and you get a marginal rate of about 50%.

A married couple has a primary residence in Malibu, California, and a second home in Lake Tahoe. The property tax on the Malibu home is $15,860, and $4,896 on their second home; they deduct $40,000 total in mortgage interest for the two homes; and give $50,000 to charity.

Taxpayers got hit with higher bills in only three scenarios prepared by Steffen — the Manhattan millionaires took a hit from both the House and Senate bills, and this well-off California couple would take a hit from the House bill. In this case, differences in mortgage deductibility and tax rates between the two bills played a role.

This married couple with a small manufacturing business in Pittsburgh, Pennsylvania, has $300,000 in pass-through business income. Their deductible mortgage interest adds up to $6,000; their property tax is $8,600; and they give 5% of their income to charity.

The Senate plan is better for these business owners. This couple would save about $500 under the House plan, but close to $23,000 in the Senate plan. That difference would narrow at higher income levels, said Steffen.

A married couple in a New York City suburb has estimated state income tax of $17,290; their annual mortgage interest deduction is $14,000; and they pay property tax of $13,750 — about the same amount they donate to charity.

Although the bills would take a bite out of their deductions and exemptions, this couple would benefit from enhanced child tax credits and from avoiding the alternative minimum tax. (The House bill would repeal the individual AMT; the Senate bill would raise the thresholds at which it applies — until 2026.) Many more families would qualify for the child tax benefit in 2018, Steffen said. Only one of the eight households in these scenarios would qualify under current law, but that would rise to five under the House bill and three under the Senate bill.

This New York City renter pays estimated state income tax of $8,148 and gives about $6,500 to charity.

The Senate plan would shave off close to $1,300 in net federal tax paid in 2018. It’s not nothing, but it’s hardly life-changing.

The House bill’s $300 family credit would be available for any family member who doesn’t qualify for the child credit, so that’s $300 for each spouse. And the increased standard deduction in both bills would help this childless couple get a substantial break.

This Portland, Oregon, couple earns close to the median household income for the U.S. Their property tax bill is $1,688; their deductible mortgage interest is $3,000; and estimated state income tax is $4,744.

The House bill’s temporary family credit helps this couple as well. Their tax savings would be about $1,216 under the House bill and $949 under the Senate bill.

This married couple rents and has an estimated 2017 state income tax bill of $2,104.

Net federal tax drops by $515 for this couple under both the House and Senate bills. In general, the doubling of the standard deduction and increased tax credit will bring big benefits, in tax terms, to low earners who don’t own a home and have few assets.