Based in South Windsor, Connecticut, the group is an independent super office of supervisory jurisdiction, or super OSJ, with 70 financial advisors and $1.7 billion in client assets.

“The financial advisors in our group are fiercely independent,” said Bill Brice, managing partner of Professional Investors, in a statement. “When we started the search for a new partner, we knew we needed a firm that respects our culture.”

“Professional Investors made it clear when we met with them that independence defined who they are, both as individual professionals and also as a group of like-minded advisors with a true sense of community,” said Gregg Johnson, Securities America executive vice president of branch office development and acquisitions, in a statement. “We’re not just comfortable with the super OSJ model that Professional Investors is built on, we support it. It’s at the heart of who we are.

Nathan Stibbs, executive vice president and chief strategy officer at Triad Advisors, said in a statement: “We look forward to aligning the resources, tools and expertise necessary to enable GCG and its professionals to build upon their four decades of exceptional client service and success, and significantly accelerate their growth strategy.”

According to the BrokerCheck records of Rick Levitz, managing partner and president of wealth management at GCG Financial, the group used to work with Securian Financial.

“We are excited about taking the next steps toward realizing our future growth plans and we view Triad as a key strategic partner in this journey,” Levitz said in a press release.

“The two factors that determined the firm we wanted to affiliate with came down to superior, easy-to-use technology and a culture that made all of us feel at home,” said Elite Financial Network President Dan Cairo, in a statement. “We spoke with multiple firms in our search process. Securities America immediately stood out as the best possible choice by far for us, our advisors and their clients.”

In other news, Luken Investment Analytics — a research firm and third-party asset manager — says that parent company Luken Investment Group has divested its interest in its brokerage business. The firm’s TPAM platform has total assets under administration of about $500 million.

Luken Investment Analytics CEO Greg Luken, said in a statement, “We’re excited about this new stage of evolution for our firm, which we’ve undertaken to support the surging demand among independent financial advisors for boutique asset managers that emphasize personalized service and targeted solutions that can be seamlessly integrated into highly customized financial plans.”

For broker-dealer and certain fee-based advisory services, Luken worked with National Planning Holdings. These business operations are now part of its own multi-custodial, independent RIA, which custodies primarily with TD Ameritrade.

According to a press release, Luken’s decision to focus on its TAMP business came after “an operational review the firm conducted to identify its most significant future growth opportunities following the sale of NPH to LPL Financial” in August.

Janney Montgomery Scott says it recruited seven advisors from wirehouse firms with a total of over $400 million in client assets and yearly fees and commissions of over $3.3 million. Six moved from Morgan Stanley, while one joined from Merrill Lynch.

Dynasty Financial Partners said Geller Family Office Services is moving onto its platform with some $4 billion in client assets under advisement.

Sherman has 20 years of industry experience and manages roughly $180 million in client assets.

“After much thought and due diligence, I decided to join RBC Wealth Management because of its reputation of always putting the needs of clients first, and its well-respected leadership team,” said Sherman, in a statement.

Lazar comes to Raymond James from Wells Fargo Advisors, where he previously managed about $265 million in client assets and had $1.8 million in annual fees and commissions.

He began his financial services career in 1995 with Merrill Lynch in Visalia, California. The advisor later joined First Security Investor Services, which was acquired by Wells Fargo the following year.

“We are delighted to welcome Mark and John to the Salt Lake City office of RJA and to team up with Morgan,” McComas said. 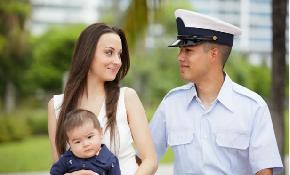 A key to that confidence is those using advisors save a lot more, First Command reports.