State officials say the regulation will lead to changes in the disclosures consumers get.

Insurance regulators in New York state are getting ready to implement a new regulation that could affect how life insurers implement some types of premium increases and parameter changes involving in-force life insurance policies and annuities.

New York regulators began working on the regulation in 2008, in part in response to reports about problems with “vanishing premium” life insurance products, or interest-sensitive life insurance policies set up in such a way that the effects of interest earnings on policy cash value were supposed to eliminate the need for the holders to make premium payments. A sharp, prolonged drop in interest rates threw off the original calculations and forced the holders to begin paying premiums to keep policies in force.

The new regulation is set to take effect March 19, 2018. If the regulation takes effect on time, and works as regulators expect, it could end up affecting how insurers make some types of changes in crediting rates and indexed account parameters, as well as how they make changes in life insurance premiums.

The regulation works mainly by requiring the insurers to send new notices to the state Department of Financial Services (DFS), and by setting new standards for notices for consumers.

The department has posted a copy of the new regulation here.

“With this department, DFS will have the ability to review increases by life insurers and ensure any increases comply with law, and consumers will be provided advance notice of any adverse changes to their premiums,” Vullo says.

Although the regulation would apply on in New York state, it could affect how regulators in other states write and apply their own regulations.

2. The regulation affects changes in “non-guaranteed elements” in a life insurance policy or annuity contract that are based on expectations about future performance other than investment performance.

Regulators say an insurer will have to comply with the new rules if, for example, it cuts crediting rates because of concerns about the future effects of variables such as low contract sales or high lapse rates.

An insurer would not have to use the new rules to make changes in crediting rates or indexed account parameters that are due entirely to changes in expected investment income or hedging costs, according to the DFS analysis of comments on the draft version of the regulation.

“Changes due to, for example, changes in interest rates should be straightforward and need not be reviewed,” officials say in the comment analysis.

DFS official say excluding certain types of arrangements from the new requirements could lead to unfair treatment of the participants in those arrangements.

4. Some commenters questions whether DFS has the statutory authority to make the changes it’s making.

One commenter told DFS that, once DFS conducts a review and proposes changes, the changes should be voluntary, because anything else would exceed current DFS authority. 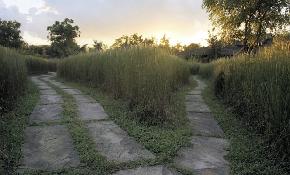