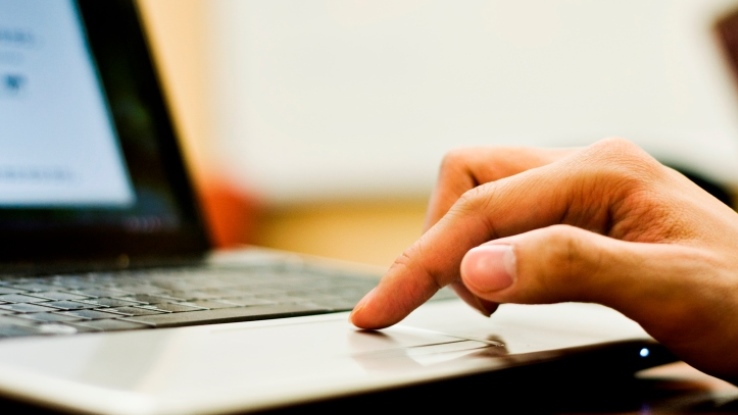 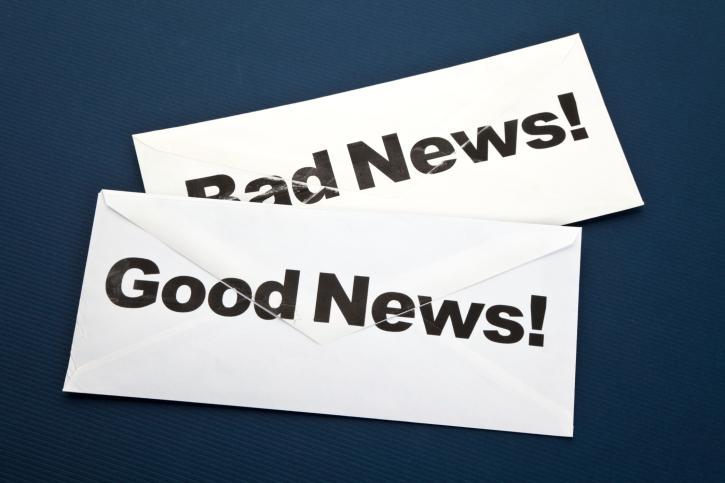 A salesman comes home after a hard day’s work and is greeted by his wife at the front door. She tells him she has good news and bad news about their new car. The salesman says: "OK, honey — so give me the good news." His wife replies: "The good news is, the air bags work!" 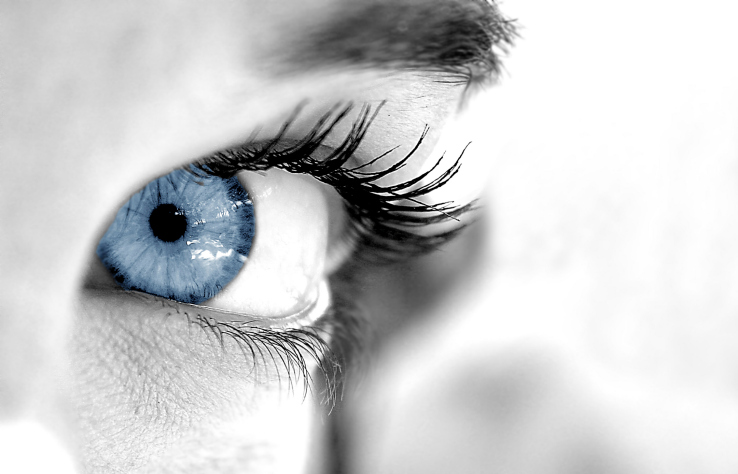 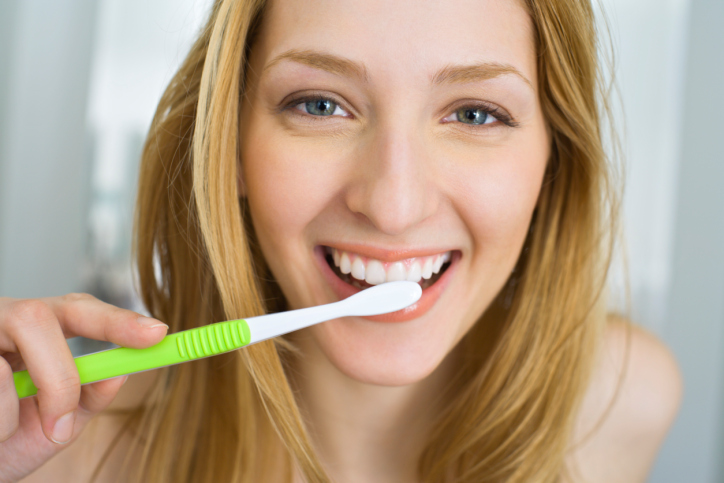 ​A toothbrush company's top salesperson was asked by his boss how he managed to sell so many brushes. He replied, "It's easy" and pulled out a card table, setting his display of brushes on top. “I lay the brushes out like this," he said, "and then I put out potato chips and dip to draw in the customers.” His boss said, "That's a very innovative approach," and ate one of the chips with dip. "This tastes terrible!" his boss yelled. The salesman replied: "IT IS! Want to buy a toothbrush?" 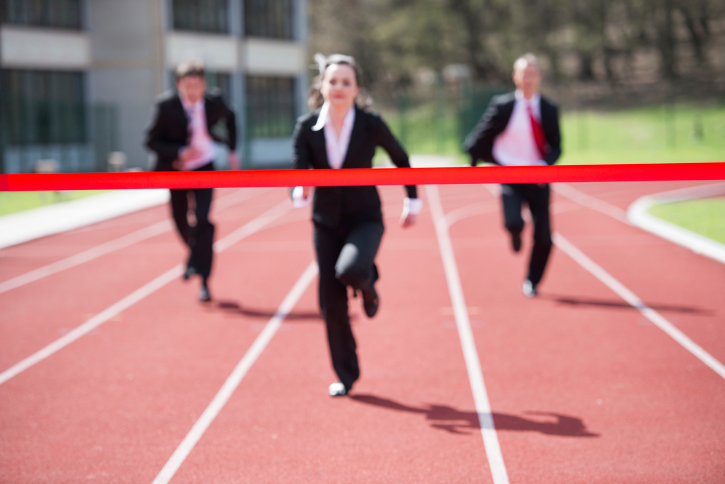 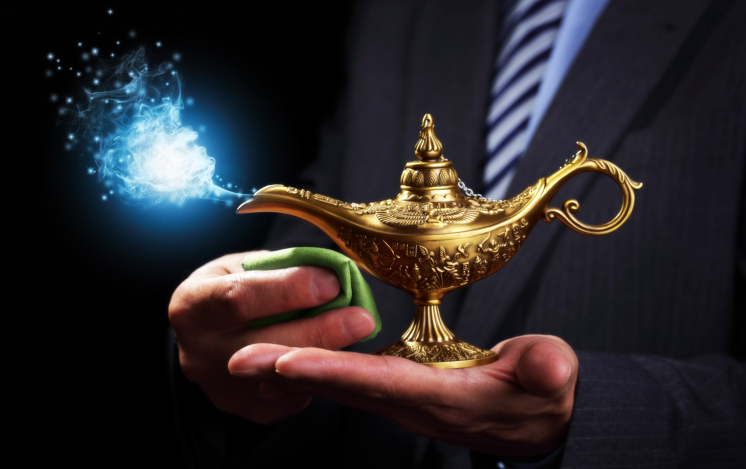 A salesman walking along the beach found a bottle. When he rubbed it, a genie appeared. “I will grant you two wishes,” announced the genie. “But for every wish you make, your rival gets the wish as well — only double.” The salesman thought about this. “For my first wish, I would like ten million dollars,” he said. Instantly the genie gave him a Swiss bank account number and assured the man that $10,000,000 had been deposited. “But your rival has just received $20,000,000,” the genie said. “And what is your second wish?” “Well,” said the salesman, “I’ve always wanted to donate a kidney for transplant.” 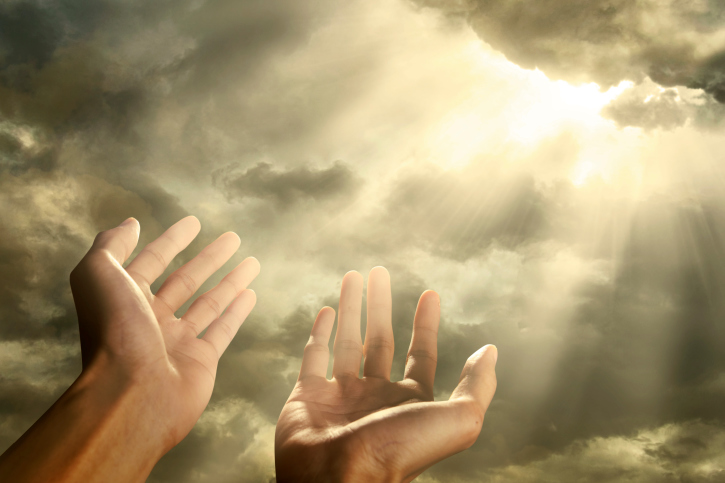 All I ask the Lord is for the chance to prove that money cannot make me happy. 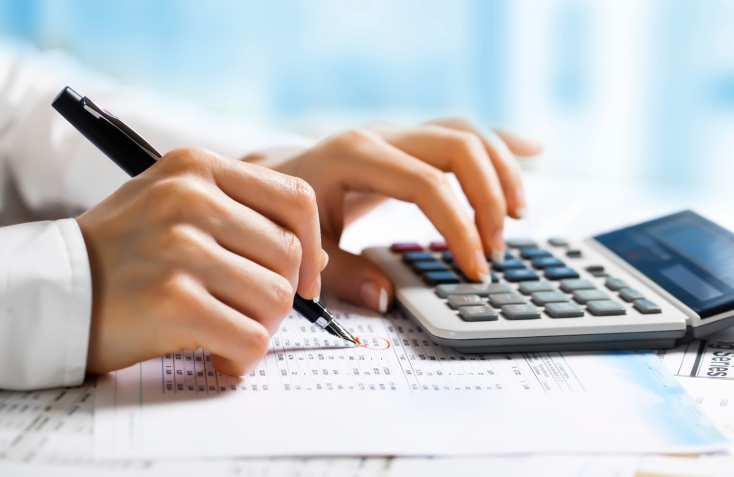 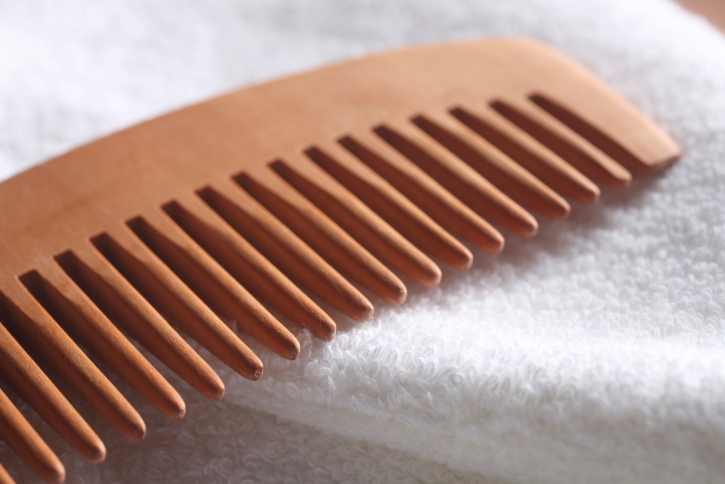 A salesman was demonstrating unbreakable combs in a department store. He impressed shoppers by putting the comb through all sorts of torture and stress. Finally, to impress even the skeptics in the crowd, he bent the comb completely in half, and it snapped with a loud crack. Without missing a beat, he bravely held up both halves of the comb for everyone to see and said, “And this, ladies and gentlemen, is what an unbreakable comb looks like on the inside.” 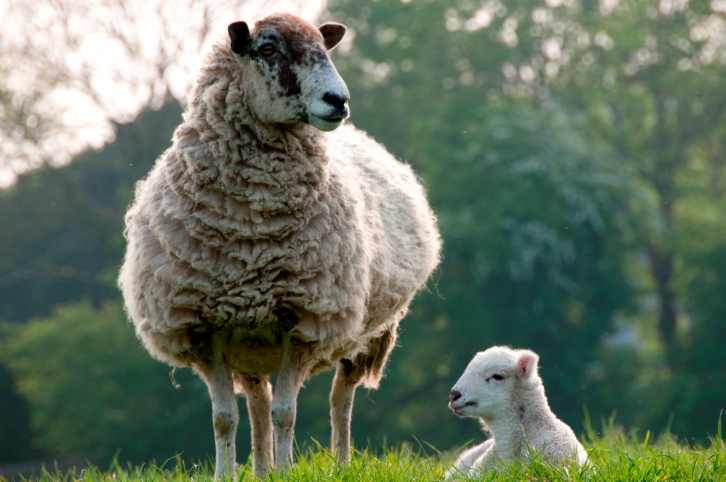 A confused customer approached a sales associate. “You said these pants were pure wool, but the label says ‘100% cotton.’” The salesman replied: “Oh, that’s just to keep the moths away.” 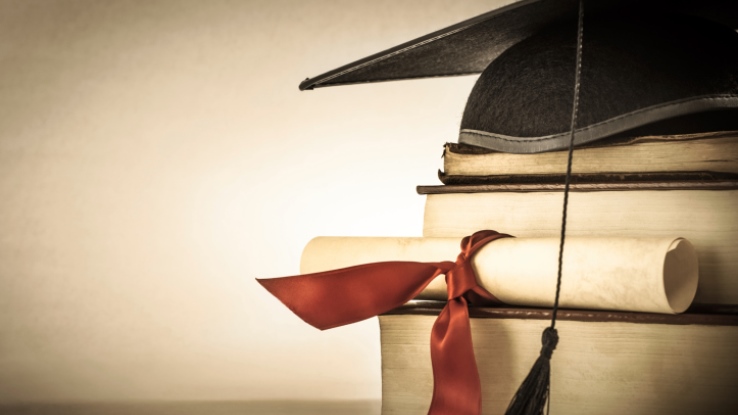 A sales training consultant was speaking to a new group of salespeople: “Folks, please let me know if I start talking too fast today, or if I confuse you. It all started when I took a speed-reading course a few months ago. Before the course, I was reading 180 words per minute with 97 percent comprehension. I now read 900 words per minute with absolutely no comprehension.” 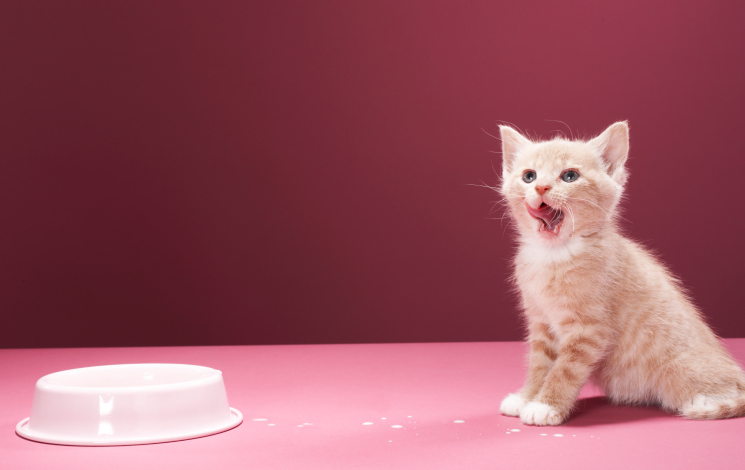 ​​An art collector notices a cat lapping milk from a saucer in the doorway of a store. He recognizes that the saucer is extremely valuable, so he approaches the owner and offers to buy the cat for $2. The owner replies: "I'm sorry, but the cat isn't for sale.” The collector ups his offer to $20, to which the owner says, "Sold!" The collector continues: "Hey, for the 20 bucks I wonder if you could throw in that old saucer. It'll save me from having to get a dish." And the owner says: "Sorry, buddy, but that's my lucky saucer. So far this week, I've sold 68 cats." 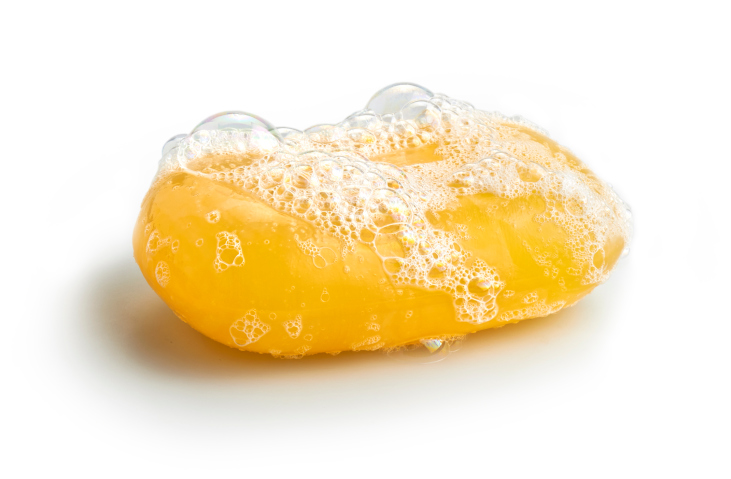 A man returned to his hometown and stopped to visit his friend, who ran the general store. As he greeted his friend, the man saw that every shelf in the store was stacked with soap. “Gosh! You’ve certainly got a lot of soap,” the man said. “You think so? Come with me," said the store owner. He lifted a trapdoor and took him down some steps into a huge cellar, which was jammed with soap from the floor to the roof. “Gee! You really must sell a lot of soap.” “No, I don’t actually. But the fellow that sold it to me — boy, could he sell soap!” he exclaimed. 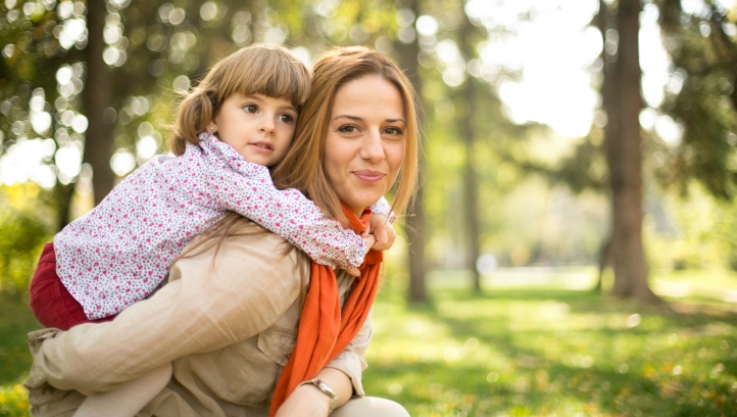 "Is your mother home?" a salesman asked a small girl sitting on the steps in front of a house. "Yeah, she’s home," the girl said, scooting over to let him pass. The salesman rang the doorbell, got no response, knocked once, then again. Still no one came to the door. Turning to the girl, the fellow said, "I thought you said your mother was home." The kid replied, "She is; but this isn’t where I live.” 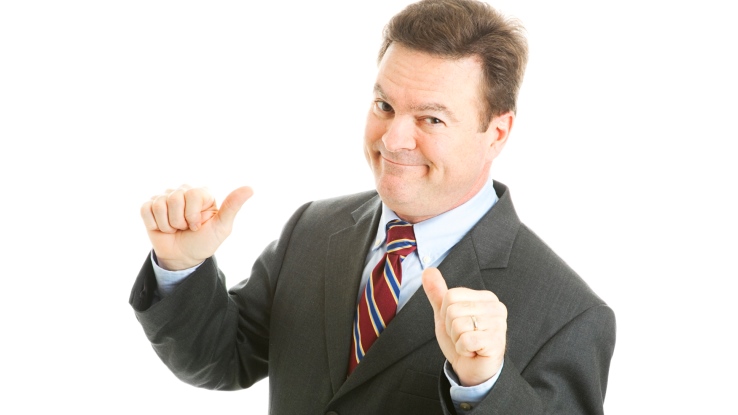 How do salespeople traditionally greet each other? “Hi, nice to meet you. I’m better than you.” 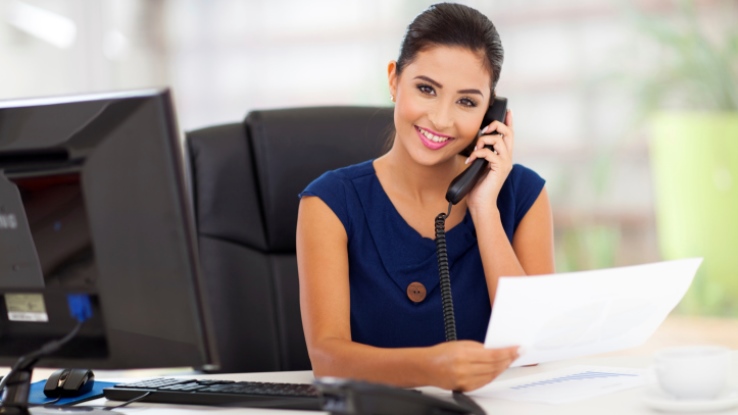 The more cordial the buyer's secretary, the greater the odds that the competition already has the order. Despite warnings from his guide, an American skiing in Switzerland got separated from his group and fell — uninjured — into a deep crevasse. Several hours later, a rescue party found the yawning pit, and, to reassure the stranded skier, shouted down to him, “We’re from the Red Cross!” “Sorry,” the imperturbable American echoed back, “I already gave at the office!” 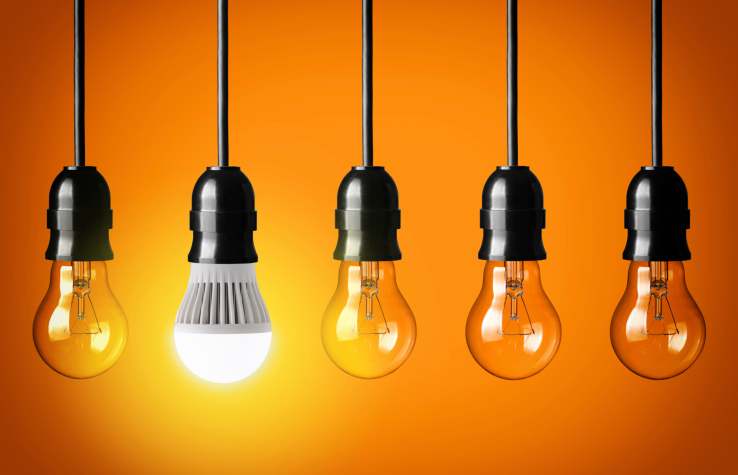 Question: How many salespeople does it take to change a lightbulb? Answer No. 1: None. You don't need a new lightbulb; you need to upgrade your socket to the newest version. Answer No. 2: Just one, but it'll take technical support weeks to sort out the mess left behind. Answer No. 3: Four. One to change the bulb and three to pull the chair out from under him. You might be a salesperson if ... You refer to dating as test marketing. | When you bought a new house, you called your fellow alumni and offered to name a room after them, if they'll help with the down payment. | Your favorite stories begin with, "Bob Jones, VP of marketing, sat at his desk and stared out his window..." | When you give your son his birthday present, you must say that it has an "unprecedented performance." | When you describe a product as "maintenance-free," you mean that it is impossible to fix it. | You insist that you do some more market research before you and your spouse produce another child.

Here’s the second installment of our effort to bring time-tested sales and marketing articles to the attention of new readers.

Selling life insurance, annuities, disability insurance, health insurance, and related products and services during a Washington meltdown, when it’s August, to consumers who are sure they will live, and be healthy, forever, is brutal work. Most of the remedies traditionally recommended for that kind of stress are terrible for you.

Humor is much safer, and less fattening.

Humor can also help you reduce the underlying level of stress, by creating beautiful little crevices in the stone walls you’re banging your head against. If a little light can get through, maybe you can get through, too…

Apparently the old saying “Laughter is the best medicine” has a lot of truth to it. When we laugh, our body releases stress and breathes in a bit of peace. But what makes a great joke? What kind of power is unleashed when your audience laughs?

(Related: 5 ‘One Liners’ for Asking Friends to Do Business With You)

We’ve written compilations of all sorts of jokes before, from great accountant jokes to jokes about insurance. But what about harnessing the power of a joke to close a sale, without getting yourself into a world of hurt? Is that even possible?

Ian Adams, sales manager at Yesware, says it is. In his old, much-mourned blog, The Senator Club, he recommended that sales-minded joke-tellers use the same approach that professional comedians use: Know your material without hesitation, talk as if you’re telling a short story, and avoid laughing before or while telling the joke.

Adams goes on to suggest nine short jokes to close that deal.

A few of his jokes are included here, alongside others that our research turned up.

The agency's activity map continues to show that the South and Southwest look great.

The company is distributing a new Medigap product through Integrity Marketing Group.