If you sell insurance, retirement savings products or investment products in the United States, you face a complicated fact of life: Whatever you might think about the U.S. federal income tax system, that system shapes the products and services you sell.

When the tax code lets your clients take deductions, or benefit from gains in the value of assets without immediately paying federal taxes on the gains, you might think of that as the Internal Revenue Service keeping its hands off of your clients’ hard-earned money.

The 1974 budget law requires workers at the federal Office of Management and Budget, an arm of the White House, to prepare detailed lists and descriptions of federal tax expenditures every year.

The OMB staff publishes the tax expenditure list in Analytical Perspectives, a budget guide that cames out at the same time as the president’s budget proposal.

The OMB puts tax expenditures in subject-related categories and gives each expenditure a number.

The first category, for example, is for National Defense. Tax expenditure Number 1, which falls in that category, is for the “exclusion of benefits and allowances to armed forces personnel.”

The second category is for International Affairs. Tax expenditure Number 2 is for the exclusion of income earned outside the United States by U.S. citizens.

The OMB also creates another table, of great interest to anyone who works in financial services, that ranks tax expenditures by size, with the biggest one on top and the smallest at the bottom.

The United States will have about $19 trillion in gross domestic product, or national income, this year, according to the Bureau of Economic Analysis.

President Donald Trump’s budget proposal for fiscal 2018, which starts Oct. 1, shows that the country might raise $3.7 trillion in revenue in 2018 and spend about $4.1 trillion.

In reality, it’s possible that eliminating some of the tax expenditures could change the economy or taxpayers’ behavior in ways that would just make the budget deficit worse.

In Congress, however, the rules make it easier for bills that might cut the federal budget deficit by more than a certain amount to come up for a vote on the Senate floor.

(Related: AALU to Congress: Life Insurance Is Not a Tax Expenditure)

Members of Congress and their aides scour the tax expenditure ranking tables for ideas about expenditures to try to cut, because they sincerely want to cut the federal budget deficit, they want to find a “pay for” for a new spending program, or they want to create a bill that will qualify for easy access to the Senate floor.

Three of the biggest, juiciest targets for would-be tax expenditure killers have to do with health care and retirement savings.

For any groups with an interest in health insurance, annuities, defined benefit pension plans or other financial services products, including the groups that represent insurance agents, financial planners and other financial professionals, the list creates what amounts to a giant multi-dimensional tax expenditure chessboard. Groups may create unexpected alliances in an effort to defend each other’s tax expenditures, or get into unexpected battles because of tax-expenditure-related conflicts.

Here’s a look at the 10 biggest tax expenditures in the latest OMB rankings, and how they’ve changed in the past year.

We ranked the tax expenditures in order based on the 2017 value estimates.

We’re also giving you the full description of each tax expenditure that appears in the latest Analytical Perspectives guide, so you can see how the OMB staff thinks of that item.

10. Deductibility of charitable contributions, other than education and health

Under the baseline tax system, unrealized capital gains would be taxed when assets are transferred at death. It would not allow for exempting gains upon transfer of the underlying assets to the heirs. In contrast, capital gains on assets held at the owner’s death are not subject to capital gains tax under current law. The cost basis of the appreciated assets is adjusted to the market value at the owner’s date of death which becomes the basis for the heirs.

8. Deductibility of nonbusiness state and local taxes other than on owner-occupied homes

Under the baseline tax system, a deduction for personal consumption expenditures would not be allowed. In contrast, the Tax Code allows taxpayers who itemize their deductions to claim a deduction for state and local income taxes (or, at the taxpayer’s election, state and local sales taxes) and property taxes, even though these taxes primarily pay for services that, if purchased directly by taxpayers, would not be deductible. (The estimates for this tax expenditure do not include the estimates for the deductibility of State and local property tax on owner-occupied homes.)

Crunch Time: New Standards Will Define the Future of CFPs Under the baseline tax system, expenses incurred in earning income would be deductible. However, such expenses would not be deductible when the income or the return on an investment is not taxed. In contrast, the tax code allows an exclusion from a taxpayer’s taxable income for the value of owner-occupied housing services and also allows the owner-occupant to deduct mortgage interest paid on his or her primary residence and one secondary residence as an itemized non-business deduction. In general, the mortgage interest deduction is limited to interest on debt no greater than the owner’s basis in the residence, and is also limited to interest on debt of no more than $1 million. Interest on up to $100,000 of other debt secured by a lien on a principal or second residence is also deductible, irrespective of the purpose of borrowing, provided the total debt does not exceed the fair market value of the residence. As an alternative to the deduction, holders of qualified mortgage credit certificates issued by state or local governmental units or agencies may claim a tax credit equal to a proportion of their interest expense.

Under the baseline tax system, all compensation, including deferred and dedicated payments, should be included in taxable income. In addition, investment income would be taxed as earned. In contrast, under current law individual taxpayers and employers can make tax-preferred contributions to employer-provided 401(k) and similar plans (e.g. 403(b) plans and the federal government’s Thrift Savings Plan). In 2016, an employee could exclude up to $18,000 of wages from adjusted gross income under a qualified arrangement with an employer’s 401(k) plan. Employees age 50 or over could exclude up to $24,000 in contributions. The defined contribution plan limit, including both employee and employer contributions, is $53,000 in 2016. The tax on contributions made by both employees and employers and the investment income earned by these plans is deferred until withdrawn.

Under the baseline tax system, all compensation, including deferred and dedicated payments, should be included in taxable income. In addition, investment income would be taxed as earned. In contrast, under current law certain contributions to defined benefit pension plans are excluded from an employee’s gross income even though employers can deduct their contributions. In addition, the tax on the investment income earned by defined benefit pension plans is deferred until the money is withdrawn.

Under the baseline tax system, the United States generally taxes the worldwide income of U.S. persons and business entities. In contrast, certain active income of foreign corporations controlled by U.S. shareholders is not subject to U.S. taxation when it is earned. The income becomes taxable only when the controlling U.S. shareholders receive dividends or other distributions from their foreign stockholding. The reference law tax baseline reflects this tax treatment where only realized income is taxed. Under the normal tax method, however, the currently attributable foreign source pre-tax income from such a controlling interest is considered to be subject to U.S. taxation, whether or not distributed. Thus, the normal tax method considers the amount of controlled foreign corporation income not yet distributed to a U.S. shareholder as tax-deferred income.

Under the baseline tax system, the taxable income of a taxpayer who is an owner-occupant would include the implicit value of gross rental income on housing services earned on the investment in owner-occupied housing and would allow a deduction for expenses, such as interest, depreciation, property taxes, and other costs, associated with earning such rental income. In contrast, the Tax Code allows an exclusion from taxable income for the implicit gross rental income on housing services, while in certain circumstances allows a deduction for some costs associated with such income, such as for mortgage interest and property taxes.

The baseline tax system generally would tax all income under the regular tax rate schedule. It would not allow preferentially low tax rates to apply to certain types or sources of income. For individuals, tax rates on regular income vary from 10% to 39.6% (plus a 3.8% surtax on high income taxpayers), depending on the taxpayer’s income. In contrast, under current law, capital gains on assets held for more than one year are taxed at a preferentially low rate that is no higher than 20% (plus the 3.8% surtax). 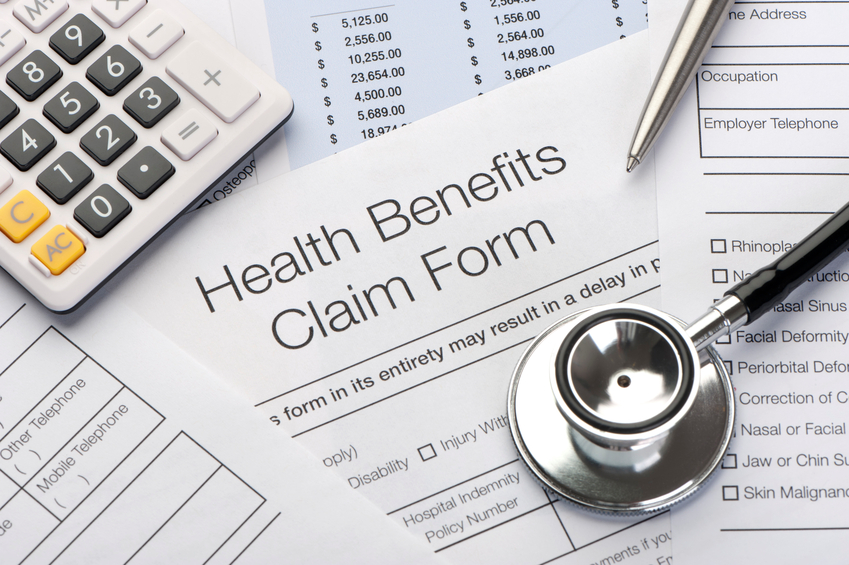 Under the baseline tax system, all compensation, including dedicated payments and in-kind benefits, should be included in taxable income. In contrast, under current law, employer-paid health insurance premiums and other medical expenses (including long-term care) are not included in employee gross income even though they are deducted as a business expense by the employee.

Crunch Time: New Standards Will Define the Future of CFPs