MassMutual will pay $300 million for MetLife Premier Client Group and related assets, the seller said Monday in a regulatory filing. As part of the deal, MetLife will be the exclusive developer of certain annuity products issued by MassMutual.

The deal adds to MassMutual’s agency force of more than 5,600 financial professionals. The Springfield, Massachusetts-based insurer had about $642 billion of assets under management at the end of 2015 and has been expanding through acquisitions under Crandall. He agreed in 2012 to buy a retirement-plans business from Hartford Financial Services Group Inc. and announced a deal last year to purchase almost all of the assets of Viability Advisory Group, which helps corporate customers analyze benefit plans.

The MetLife transaction “will result in the transformative creation of a distribution powerhouse,” Crandall said in a statement. “This unprecedented transaction will position us for stronger future growth.”

MetLife announced a plan last month to spin off, sell or hold a public offering for much of its U.S. retail unit, an operation that sells products including variable annuities and life insurance. MetLife CEO Steve Kandarian is simplifying the New York-based company after it was designated by regulators as a systemically important financial institution, a tag that can lead to higher capital requirements. He’s also contending with proposed Department of Labor rules to limit conflicts of interest in the sale of retirement products.

“We are in the face-to-face, adviser-driven business so we’re going to have to comply one way or the other,” Fanning said Monday in a phone interview. “And having more scale just helps offset the cost of the compliance.”

MetLife plans to save about $250 million a year by exiting the operation. Estimated savings for the rest of 2016 are about $100 million, according to the company’s filing.

The deal is expected to be completed by the middle of 2016, and the purchase price is not material to MassMutual’s capital and surplus, Crandall’s company said in the statement. The insurers disclosed last week that they were in talks for a possible transaction.

MassMutual will gain advisers particularly on the East Coast and in certain mid-Atlantic states. The insurer will keep its eye out for more opportunities to bolster its distribution force, Fanning said.

“We’ve got our hands full to absorb this one, but I think if the right opportunity came up as always, we’re always willing to consider opportunities if they fit,” he said. “Whenever we see an opportunity that comes in the marketplace to expand that distribution footprint, both geographically and just the overall breadth of what we have, it’s certainly something we want to take a look at.”

Kandarian’s company slipped 29 cents to $39.80 at 2:11 p.m. in New York, extending its decline for the year to 17 percent. MassMutual is owned by its policyholders. 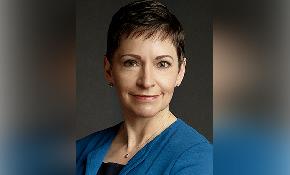