Annuities to Get Big Advisor Boost in 2014

A recent IRI poll found that 44% of advisors plan to grow their annuity business next year.

Buoyed by stabilizing sales, continued product innovation and ongoing consumer demand, the annuities business is poised for growth in 2014, according to the Insured Retirement Institute.

IRI said that the following results from its advisor survey show that the annuity industry is on “strong footing” and that the future remains promising:

Variable annuity net assets reached a new all-time high in 2013, hitting nearly $1.79 trillion at the end of the third quarter.

While changes in interest rates, equity markets and other economic factors will influence sales in 2014, IRI forecasts that the demand for annuities will remain “strong” given investor desire for guaranteed income, an aging population, increased longevity, increased interest rates and market volatility.

The supply of annuities has increased as companies are developing new products and features to attract to a wider range of clients. Specifically, the industry has seen an increase in the number of companies offering deferred income annuities, growth-oriented VAs, structured VAs and living benefits with higher payout rates.

“As additional companies enter these markets, along with sustained demand, it is reasonable to expect sales to increase in 2014,” IRI says. “However, a drop in equity markets and/or a return to lower interest rates could be hindrances to sales growth.”

The advent of deferred income annuities has proven successful, as sales of these products, which totaled $1 billion a year ago, are expected to exceed $2 billion in 2013.

Other new products that are beginning to take hold in the market include “growth-oriented” variable annuities—variable annuities that do not offer living benefits but typically have lower fees and more investment options—as well as structured variable annuities, which have caps and buffers to provide upside growth potential with downside protection.

Accumulation-oriented annuities provide guaranteed lifetime income via annuitization, but do not offer optional living benefits. IRI notes that buyers of these products are generally more concerned about growing their asset base, or protecting their asset base from decline.

– Check out more 2014 outlooks and these related stories on ThinkAdvisor.

New rule permits use of a concise, reader-friendly prospectus designed to improve investors’ understanding of the contracts' features, fees and risks. 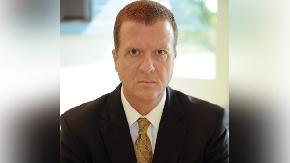 The "annuity truth" advocate tells ThinkAdvisor which kinds of annuities he prefers and which are “overhyped.”