H.D. Vest said Wednesday that it had tapped Ruth Papazian, a former executive of LPL Financial (LPLA), as the firm’s chief marketing officer and head of recruiting. It also named Adi Garg, previously with Cash America (CSH), as its chief information officer.

“We are very pleased and honored to welcome Adi Garg and Ruth Papazian to our extraordinary management team at H.D. Vest,” said President and CEO Roger Och, in a press release.

“There is a large and rising demand among mass-affluent investors for holistic advice that encompasses both tax and wealth management guidance, and there is no broker-dealer that better positioned to meet that demand than H.D. Vest,” Och said. Both Adi and Ruth will be a crucial part of the next phase of our growth strategy.”

The independent broker-dealer, which has roughly 5,000 affiliated advisors — many of whom are also tax professionals — is based in Irving, Texas. (Earlier the company said it had about 4,600 advisors with some $30 billion in client assets.) Wells Fargo (WFC) sold H.D. Vest to Parthenon Capital Partners, a private-equity firm, in 2011.

“I wanted to stay in the independent broker-dealer space and focus on change agents and growth. H.D. Vest fit that to a T,” Papazian said in an interview with ThinkAdvisor. “We are rebranding our firm and rolling out a whole new campaign that synthesizez what we do: ‘Reinvent yourself.’ “

Most recently, Papazian led Papazian Consulting, after service as chief marketing officer at LPL from 2007 to 2011. Prior to that post, she led marketing efforts at Ameriprise Financial (AMP), Morgan Stanley Investment Management and Evergreen Investments/ Wachovia. She also has worked for Wells Fargo Securities and Colonial Investments during her more than 30 years in the business.

Garg, who has 22 years of experience as a technology executive, has been with Citibank (C), Cash America and FedEx (FDX). “H.D. Vest has truly positioned itself as a leader and innovator in helping tax advisors provide a holistic range of financial advisory services to their clients, who — now more than ever — have come to recognize the inherent value of guidance that combines tax and wealth management expertise,” he said in a press release.

“I am honored to be part of this team, and look forward to ensuring that H.D. Vest’s advisors continue to be supported by cutting-edge technology that integrates their tax and investment advisory operations and positions them for further growth and success,” Garg added.

In March, H.D. Vest picked Socialware as its partner in an April social-media pilot program for 50 advisors. Around that time, Papazian began working as a consultant for the broker-dealer, focusing on its website. (A few months later, she moved from Boston to the Dallas area after accepting a new job with the broker-dealer.)

“We wanted to attract more interest to the platform and didn’t have much of a digital presence. I worked to adjust the e-marketing and direct mail, so we could put it all together into a strategic plan and [raise] the lead capture system for recruiting,” she explained.

As for the rollout of the social-media platform, “The learning curve is higher than expected,” she said, but the firm hopes to have it fully rolled out by year-end.

Check out A Trust Company With a Tech Attitude on ThinkAdvisor. 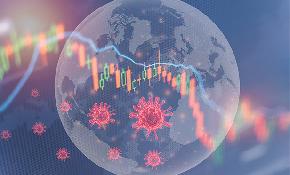 BD leaders speak out on the top industry trends.