T. Rowe Prices doctor is inand diagnosing where the best stock picks can be found in the healthcare sector as reforms take hold next year.

T. Rowe Price’s doctor is in–and diagnosing where the best stock picks can be found in the healthcare sector as reforms take hold next year.

According to Mark Bussard, a research analyst in the U.S. Equity Division for the Baltimore-based asset manager who earned his medical degree at the University of Virginia, the healthcare sector’s returns have outpaced the market over a multiyear period, but that the sector’s outlook for 2013 depends on the success of reforms that will start taking place in President Obama’s second term.

Winners under reform will include companies and business models that have offered free medical services to patients until now but that can expect reimbursement under the Affordable Care Act, Bussard said. These include Medicaid, hospitals, healthcare information technology and volume-driven low-margin businesses.

While there are no absolute losers, he said, mixed results will be seen in the managed care, pharmaceuticals, biotechnology and medical devices sectors.

“However, opportunities are plentiful in all groups because winners often are underappreciated and losers overly discounted,” Bussard said at a 2013 investment and economic outlook briefing in New York on Nov. 20.

The T. Rowe Price healthcare team agrees that the days of indiscriminate spending are over, and the sector next year will face greater headwinds as entitlement reform tackles U.S. healthcare’s massive fiscal liabilities.

On the up side, medical innovation will drive “significant” shareholder value, provided it delivers a clinical benefit, according to Bussard, who was a co-founder of Rivanna Pharmaceuticals, an early stage biotechnology firm, before he joined T. Rowe Price in 2005.

Check out these related stories at AdvisorOne: 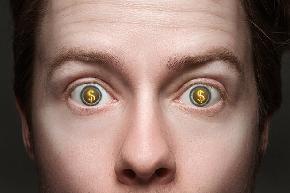 Average balances hit record highs, due not only to the bull market but plan design and better participant habits.