Is all forgiven? Probably not.

Smith, former executive director and head of the firm’s U.S. equity derivatives business in Europe, the Middle East and Africa, slammed the firm in a scathing op-ed piece in The New York Times in March, causing a bit of high-profile embarrassment for the venerable wirehouse.

Cohn also discussed the global economy with Bloomberg, saying that “I understand what the [Federal Reserve is] trying to do and I will tell you this, this is going to be difficult to stop or to exit.

“Is it coming out next week?  I probably will read it.”

“I worry about everything. My job is to worry. It’s something that you have to worry about. The Fed has pretty good information what’s going on in the economy. They’ve got pretty information what’s going on with employment. We know that the Fed wants to create job growth. We know the Fed wants to create asset appreciation. I understand what they are trying to do, whether I agree with it or disagree with it. I understand what they are trying to do and I will tell you this is going to be difficult to stop or to exit. There will be an end of quantitative easing. We will have to go through the pains of stopping quantitative easing.

On the importance of November’s election:

“We will see what happens about the election. I don’t know more than anybody else does…It looks like to me the Republicans will maintain the House, it looks like to me the Democrats will retain the Senate. And I don’t know what’s going on in the presidential race and I think all of us are operating under those assumptions, but I can guarantee you this: we’ve got other plans with other assumptions if the world were to change.”

On the global economy:

“The global economy is in a tough place, and the reason it’s in a tough place is that we’re in a unique period of history where all of the major global players in the economy are going through a relatively tough period of time.  If you look at what’s going on in the eurozone and what’s going on in the United States, you look at what’s going on here in Japan, and you even look at what’s going on in China today, you’ve got a lot of anxiety in the system to where were going and how we’re going to get the global economy growing. The world that we live in today also has a linkage between all of these major economies around the world and what we’re really looking for is one of these countries, or some of these countries to show some leadership in growing their economy where other economies can grow with them at the same time. At this point we’re really lacking some leadership.”

On whether Goldman Sachs is at a funding disadvantage compared to the bigger banks:

“There’s this common view that we’re at a funding disadvantage because of the deposits. We have a fairly large deposit network right now, close to $60 billion of deposits out there. The reality is that you can only use deposits for a very specific part of your business. There’s a couple rules called 23A and 23B that do not allow you to take retail deposits and move them into your investment banking business. So our investment banking business is on equal footing with everyone else’s investment banking business when it comes to financing that business. For the businesses where you can use deposit funding, they clearly have an advantage, but their books are so much bigger to our books relative to their advantage. We don’t need more deposit funds to fund our business, in fact, of the $60B in deposits we have today we don’t even have use for that entire $60B in deposits.”

On whether he still believes that Europe needs a Lehman-type moment:

“I think Mario Draghi has done a spectacular job, he really has. Since Mario Draghi took office as the head of the ECB, he came in and showed really leadership, lowered interest rates, has done out and done all of the other things that you would want a dynamic central bank leader to do. He has removed a lot of the risk off the table, but he hasn’t dealt with and he can’t deal with the real long-term problem of Europe, which is economic growth.” 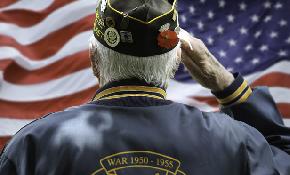