Marsh’s new index is comprised of client renewal data on property, casualty, and financial and professional lines of business, weighted by premium placed, taken from 20 large economies across all continents.

According to information from Marsh’s industry experts, the increase in property insurance rates is being driven by unexpected adverse loss developments from last year’s major catastrophes, an increased focus by insurers on the quality of data provided by insureds, a rise in attritional losses, and changes to the way insurers are calculating their risk-adjusted cost of capital.

While the index shows that insurance rates for financial and professional lines declined slightly after rising during the previous two quarters, the overall trend suggests that the multiyear slide in liability insurance rates is coming to an end.

AIG, which received $182 billion in government bailouts during the financial crisis, has all but shunned its own name for years. AIG units reorganized under rebranded holding companies, and employee ID badges did not even identify the company by name—a measure, Benmosche said, to protect employee safety.

But with recent advertising tests showing higher response rates and lower customer acquisition costs for AIG-branded products, the company said it was time for a change.

The Chartis property and casualty business will be known simply as AIG starting this fall, while the SunAmerica life businesses will be known as AIG Life and Retirement.

Other AIG entities will keep their names but add an AIG tag to their logos.

The government remains the largest shareholder in the company with a 61% stake.

Aetna, Hartford, Conn. (NYSE: AET), has been selected by the State Employee Health Commission for the State of Maine to administer the group health plan for its 33,000 members and their dependents. Beginning July 1, 2012, Aetna will manage the delivery of medical, pharmacy benefits and Stop Loss benefits for the State’s active employee and pre-65 retiree populations.

In conjunction with the administrative services contract, Aetna will work with health systems in Maine to build accountable care networks to support the employee plan. Aetna also expects to be able to leverage these relationships for other employers and consumers in the state.

In 2011, Maine began contracting directly with providers organized as accountable care organizations. Since that time, it has identified additional partners with whom to innovate and has accelerated its ACO trajectory.

Phoenix anticipates the reverse stock split will be effective after the close of all trading on August 10, 2012, and Phoenix common stock will begin trading on a split adjusted basis on the New York Stock Exchange (NYSE) at the opening of trading on August 13, 2012.

Additional information on the treatment of fractional shares and other effects of the reverse split can be found in Phoenix’s definitive proxy statement filed with the Securities and Exchange Commission on April 3, 2012. Shareholders granted the Board of Directors discretionary authority to effect this reverse stock split at the company’s Annual Meeting of Shareholders on May 15, 2012.

Following the reverse stock split, Phoenix expects to offer an odd lot program that would provide shareholders who hold fewer than 100 shares with a voluntary and limited-time means to sell their shares, purchase enough additional shares to increase their holdings to 100 shares, or make a charitable donation of their shares.

The Fiduciary Guide is one of two companion pieces designed to help fiduciaries fulfill their responsibilities. The other, MassMutual’s Fiduciary Calendar, is current with important deadlines and information on new requirements.

The revised fiduciary guide is available on MassMutual’s Sponsor and Intermediary websites. If you do not have access to either site, contact MassMutual directly.

Symetra Financial Corporation, Bellevue, Wash., has announced that Jonathan Curley, executive vice president, Life Division, is leaving the company to pursue other interests, with an expected effective date of July 31.

Symetra CEO Tom Marra will lead the company’s individual life insurance business until a replacement for Curley is named. 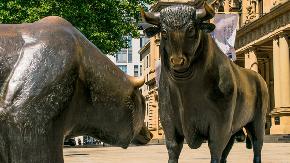