A trustee and fiduciary for a number of employer pension plans was indicted on April 10 for 17 counts of wire fraud and 14 counts of theft from an employee pension benefit plan.

A trustee and fiduciary for a number of employer pension plans was indicted on April 10 for 17 counts of wire fraud and 14 counts of theft.

U.S. Attorney Wendy Olson announced that Matthew Hutcheson, 41, of Eagle, Idaho, was indicted by a federal grand jury in Boise. Hutcheson was arrested by the FBI at his home on April 11.

“Pension plan fraud represents not only a violation of the law but a betrayal of trust,” said Phyllis Borzi, assistant secretary of labor for the Employee Benefits Security Administration. “Those who provide services for workers saving for retirement must serve the best interests of those workers. The Department of Labor will continue to pursue all possible avenues to root out fraud in employee benefits management. In this case, and many others, we are pleased to team with the Justice Department to aggressively investigate fraudulent conduct aimed at stealing workers’ hard-earned retirement savings.”

According to the indictment, from January 2010 through December 2010, Hutcheson misappropriated approximately $2 million of G Fiduciary Retirement Income Security Plan assets for his personal use. On 12 occasions, Hutcheson directed the plan’s record keeper to make wire transfers of plan assets from an account at Charles Schwab to bank accounts controlled by Hutcheson and to other bank accounts for his personal benefit.

The indictment alleges that Hutcheson used these assets to extensively renovate his home, to repay personal loans, to purchase luxury automobiles, motorcycles and all-terrain vehicles and for other personal expenses. When plan record keepers and others requested information about the location and status of the plan assets, Hutcheson allegedly misrepresented that they were safely invested.

Hutcheson is also accused of misappropriating about $3 million of Retirement Security Plan and Trust assets to pursue the purchase of the Tamarack Resort in Donnelly, Idaho, on behalf of a limited liability corporation he controlled.

In December 2010, Hutcheson directed the plan’s record keeper to transfer approximately $3 million from the plan to an escrow account for the benefit of Green Valley Holdings LLC. Hutcheson directed the record keeper to describe the transaction in plan records as an investment in a fixed-income bank note. In reality, Hutcheson used the money to buy a bank note secured by a majority interest in the Osprey Meadows Golf Course and Lodge at the Tamarack Resort in the name of Green Valley Holdings.

When an auditor questioned Hutcheson about the investment, Hutcheson told the auditor there was no plan investment in a fixed income bank note and that he had “loaned” the money from the plan to Green Valley Holdings.

The case was investigated by the FBI and the EBSA, a unit of the Labor Department. 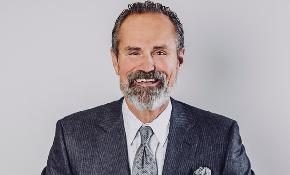 The client complained about mutual fund charges; the arbitrator agreed with Carson's lawyer that she had no case.