Chancellor of the Exchequer George Osborne on Thursday prompted a chorus of jeers over the budget he unveiled, which cut the top tax rate on Britains wealthiest even as it eliminated tax deductions for pensioners.

Chancellor of the Exchequer George Osborne on Thursday prompted a chorus of jeers over the budget he unveiled, which cut the top tax rate on Britain’s wealthiest even as it eliminated tax deductions for pensioners. Newspapers responded by attacking the “granny tax” as opposition officials criticized other aspects of the budget.

Bloomberg reported that Osborne’s cut of the 50% tax on the wealthiest in Britain was accompanied by a measure to cut 1 billion pounds ($1.6 billion) in tax deductions for those on pensions. As Osborne attempted to satisfy both his own Conservative Party and members of the Liberal Democrats who wanted breaks for low- and middle-income citizens, he was assailed by the Labour Party, which roundly attacked not just his plan but the assumptions on which it was based.

Osborne said that the top tax rate at 50% was causing substantial efforts at tax evasion, claiming that the Treasury was losing almost as much from tax evasion as the top rate generated, and that a cut in the rate would result in better compliance. His figures were based on a Treasury report that claimed a 3-billion-pound loss next year from the new 45% tax rate, while predicting that it would also take in 2.9 billion pounds from former scofflaws who would now decide to pay up.

“No chancellor can justify a tax rate that damages our economy and raises next to nothing—it’s as simple as that,” Osborne was quoted saying. “Thanks to the other new taxes on the rich I have announced today, we’ll be getting five times more money each and every year from the wealthiest.” Osborne has included a “mansion tax” in the budget as well, which raises from 7% to 5% the stamp duty on properties that sell for 2 million pounds or more. He also lowered the corporate tax rate.

Public opposition to a cut in the top tax rate is strong, and it is expected that the Labour Party will capitalize on it between now and 2015, when the next elections are scheduled. Ed Balls, the Labour lawmaker who shadows Osborne in Parliament, criticized the Treasury study estimate of increased tax compliance, saying, “That’s a heroic assumption. This is a guess, it’s a gamble and it’s deeply unfair to be cutting the tax bill of the 300,000 wealthiest people by 10,000 pounds a year.”

Most of the revenue to be raised comes from the so-called “granny tax,” which eliminates tax-free allowances for pensioners, affects 5 million people and is expected to garner 1.25 billion pounds a year for the Treasury by 2017.

Tim Bale, professor of politics at Sussex University, was quoted saying, “He’s taxing a bunch of people with whom we all have sympathy—we all hope to grow old—and who vote, and who are numerous. I’m surprised someone as political as Osborne allowed this through.” 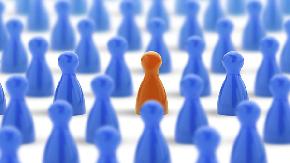