Stranger-Owned Life Insurance: Is the Contestability Period a Shield or a Sword?

Should insurance applicants and third party investors be allowed to make material representations when applying for life insurance, if they can manage to conceal misdeeds for at least two years? The United States District Court for the Southern District of New York thinks so.

In the latest STOLI case coming out of the federal courts, judge and jury considered whether outright fraud on a life insurance policy application is sufficient to invalidate a policy after the contestability period has passed. The jury and court held for the investor in the $5 million case. [Settlement Funding, LLC v. AXA Equitable Life Ins. Co., No. 09 CV 8685 (HB) (S.D.N.Y.) Mar. 21, 2011]

AXA Equitable Life Insurance Company issued a life insurance policy with a face value of $5 million on the life of Esther Adler. Although not at issue in the case, two other $5 million policies purchased from two other life insurance companies were also taken out on Mrs. Adler’s life.

The policy application claimed that Mrs. Adler had a net worth of $12 million. Originally, the policy was payable to the Esther Adler Family Trust (the “Trust”).

Sometime after the policy was issued it was sold to Settlement Funding for about $1 million.

AXA submitted evidence that Mrs. Adler did not in fact have a net worth of $12 million, but had less than $100,000 in assets and lived in an apartment at the time of the application. Evidence also showed that someone, unidentified in the case, posed as

Mrs. Adler’s accountant and verified the facts included on the policy application. In addition to this solid evidence of fraud, AXA also presented evidence that Mrs. Adler’s signature was forged on the trust agreement.

At issue in this case was whether outright, intentional fraud on the part of the policy applicant was enough to override the contestability period and allow the carrier to void the policy after the two-year period had passed.

The jury did find for AXA and against Trustee Alan Rubenstein for conspiracy to commit fraud, although it only found that nominal damages of $1.00 were appropriate.

Both AXA and Rubenstein asked the court to overturn its judgment. The court denied both side’s motions, upholding the jury’s verdict.

Caution still “makes a lot of sense” when it comes to making investments, he says.

Amid the pandemic, advisor Nick Giacoumakis is working with clients on keeping their businesses open. 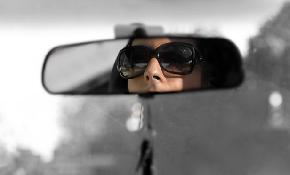 Pandemic Ready: What Your Clients Need From You

What's going on out there is why you're here.