Well-known actor Chris Noth, star of TV's "Law & Order" and "Sex in the City," will add some extra visibility to upcoming national efforts to highlight the importance of life insurance. Noth will be featured in

Well-known actor Chris Noth, star of TV’s “Law & Order” and “Sex in the City,” will add some extra visibility to upcoming national efforts to highlight the importance of life insurance.

Noth will be featured in various advertising campaigns as part of September’s Life Insurance Awareness Month, an industry-wide campaign coordinated by the nonprofit LIFE Foundation. The actor will be featured in spots sharing the story of how life insurance benefited his family after the death of his father at a young age.

Noth grew up in a life insurance-related family, with both his father and grandfather working as agents. But when his father was killed in a car accident when Noth was only nine years old, his mother was left behind to raise he and his two brothers on her own. Luckily, his father had been well insured, and the proceeds allowed his single working mother to look after the family and put all three kids through college.

Noth’s PSAs, which will be distributed nationally on radio and TV, will emphasize that in today’s difficult economic climate, the need for life insurance protection is more important than ever.

“We are so pleased to have someone of Chris Noth’s stature, lending his star power and voice to this important cause,” says Marvin H. Feldman, CLU, ChFC, RFC, president and CEO of the LIFE Foundation. “No one likes thinking about life insurance, but if your family depends on it, then it’s a subject you can’t avoid. Our hope is that Chris’ involvement in our campaign will help elevate the life insurance dialogue and get more Americans to take a serious look at their own need for coverage.”

5 Things UnitedHealth Is Saying About a Really, Really Strange Quarter

Net income doubled, but no one is breaking out the champagne.

First, regulators, developed a model regulation. Now, they're drafting answers to questions about the model. 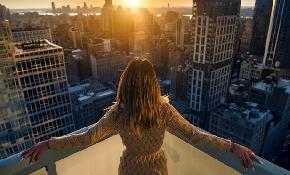 LendingTree ranked the cities by total residential real estate value and compared them with GDP of other countries.