Transamerica Insurance is a unit of Transamerica Occidental Life Insurance Company, Los Angeles, which, in turn, is an arm of AEGON N.V., The Hague, Netherlands.

Flewellen previously was a senior vice president in charge of national account sales.

In other personnel news:

Hohing previously was a senior vice president for sales at Assurant Health.

Hohing has a bachelor’s degree, and she holds the Chartered Life Underwriter professional designation.

Cahill previously was a vice president and external wholesaler in the Stamford, Conn., office of Allianz Global Investors, which is part of Allianz A.G., Munich.

Cahill has a bachelor’s degree from Southern Connecticut State University.

Muller, who will be in charge of the Southeast region, has worked at the Colonial Supplement arm of Unum, Chattanooga, Tenn.

Bozell, who will handle sales in Indiana, Ohio, Michigan and Pennsylvania, has been a national recruiting manager for Conseco’s health product line.

Woolley, the manager of worksite sales in Texas and Louisiana, has been an exclusive financial specialist at Allstate Financial, an arm of Allstate Corp., Northbrook, Ill.

Bertko, who is leaving to teach at a university, will stay with Humana till the company completes the 2008 Medicare bidding process in early June, Humana says.

Hitchings, who will be responsible mainly for sales to individuals, families and small groups, previously was director of sales for individual, small group, senior and ancillary products at UNICARE, a unit of WellPoint Inc., Indianapolis.

Hitchings has a bachelor’s degree from Illinois State University.

Beal previously was CFO of Corinthian Colleges Inc., Santa Ana, Calif., a company that operates 120 for-profit colleges in the United States and Canada.

Beal has a bachelor’s degree from the University of Utah and a master’s degree in business from Westminster College. He holds the Certified Public Accountant professional designation.

- Hawthorne Benefit Technologies Inc., San Diego, a company that does business as BeneTrac, has hired Christopher Taylor to be regional sales director for Georgia.

Taylor, who will be based in Atlanta, has a bachelor’s degree from Colgate University. 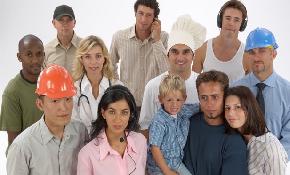 But researchers found good news for agents in the individual market.

These 4 Words Make You the Life of the Party

Here's an easy trick to draw people out in social settings — remember those?