By Arthur D. Postal | March 14, 2007 at 04:00 PM | The original version of this story was published on National Underwriter Life & Health Magazine

Limits on deferred compensation plans as contained in the Senate version of minimum wage legislation were attacked as "a solution in search of a problem" ...

Limits on deferred compensation plans as contained in the Senate version of minimum wage legislation were attacked as “a solution in search of a problem” by a representative of the National Association of Manufacturers, Washington, on March 14 in testimony before the House Ways and Means Committee.

The hearing was held by the panel because efforts by the House to pass a clean bill just raising the minimum wage and including provisions designed to ease the burden on small business from the increased cost by reducing a few taxes is running into strong opposition in the Senate.

The motive for the rare hearing on provisions contained in legislation passed by the other body became evident in comments in his weekly column by pundit Robert Novak.

“The minimum wage increase [legislation] surely will be passed in time, but the House-approved measure for now is stuck in the Senate quagmire,” Novak wrote.

He explained that Sen. Charles Grassley, R-Iowa, “who no longer is Finance Committee chairman but only its ranking Republican member, is still powerful enough to demand a pre-conference because he does not like the bill’s House-passed tax provisions.”

One witness, Edward D. Kleinbard, a partner at Cleary Gottlieb Steen & Hamilton LLP in New York, said that the Senate provisions were “profoundly undercooked” and needed to be “put back in the oven,” to develop further. He was testifying on behalf of the Securities Industry and Financial Markets Association, Washington.

Besides criticisms from witnesses and in testimony submitted by insurance companies and trade groups, among others, members of the Committee also voiced concern about the provisions in the Senate bill.

Rep. Bill Pascrell, D-N.J., said he had “deep reservations” about the Senate bill. He said he “respects the intent” of the Senate effort, but that “it is often inherently unfair to go back in time and penalize” transactions that were conducted legally at the time. Any new law, he said, should be enacted prospectively.

Rep. Earl Pomeroy, D-N.D., questioned what the effect could be on pension plans, and said that Congress should ensure those plans are protected and not impacted by the Senate bill. Rep. Joseph Crowley, D-N.Y, also expressed “deep reservations” about the Senate bill, but also said he respected the Senate’s intent.

In written comments submitted to the Committee, MassMutual said that non-qualified deferred compensation plans “are particularly essential for the survival and profitability of small businesses and family businesses.”

“However, the solution should not come at the expense of small and family-run businesses and middle management employees,” Cohen added. 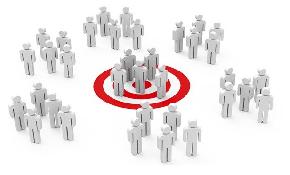 Use Target (or Blanket) Marketing To Define Your Success

A financial services veteran says there's more than one way to choose your prospects.