Market risk can show itself in some intriguing ways. Even though traders have been treated to an especially robust earnings season, growth stocks are being taken to the woodshed.

Market risk can show itself in some intriguing ways. Even though traders have been treated to an especially robust earnings season, growth stocks are being taken to the woodshed. As of the end of July, value indexes, regardless of capitalization, have amassed a lead of nearly 1,000 basis points over their growth-oriented counterparts.

Thank the forward-looking nature of investors for the current asset-buying craze. Spooked by a plethora of interest rate hikes that will eventually lead to an economic slowdown, market participants seem to be discounting the recent boon in earnings per share for the twin realities of more expensive money and higher commodity prices.

Don’t be so quick to fade prevailing opinion. James Surowiecki’s The Wisdom of Crowds (Anchor, 2005) states that large groups are often “remarkably intelligent and often smarter than the smartest people in them.” According to the author, wise crowds need decentralization, diversity of opinion, independence, and a good method for aggregating opinions–attributes can also be used to describe the modern capital markets. Surowiecki’s theories go a long way in explaining that, although fundamentals may not support current asset price trends, the tail may very well end up wagging the dog.

The Monthly Index Report for August 2006

Ben Warwick is CIO of Memphis-based Sovereign Wealth Management. He can be reached at ben@searchingforalpha.com. 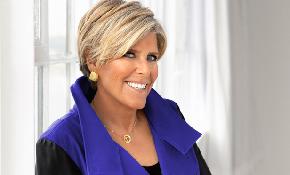