A million bucks just ain't what it used to be. There was a time when prevailing wisdom in this country said that if you amassed...

A million bucks just ain’t what it used to be. There was a time when prevailing wisdom in this country said that if you amassed enough wealth to be called a millionaire, you and your descendants were set for life and never had to worry about working again. Then the paradigm shifted and a million dollars became the goal for a sufficient retirement nest egg. Now it seems that an increasing number of people who have retired as millionaires find that amount doesn’t allow them to maintain the lifestyles they expect and want. At least that’s what Jim Trippon, a Houston-based CPA and investment advisor, has discovered.

After beginning his career as a Price Waterhouse CPA, Trippon began his own practice and currently operates both a CPA firm and a Raymond James branch where he caters to retirees and the soon-to-be retired. He refers to the niche he serves as the “mass affluent,” which he defines as those with investment assets in the $1 million to $10 million range, noting that they make up 85% of all American millionaires.

“In my dealings with high-net-worth individuals, I noticed that a high percentage of people who retired as millionaires had been forced to go back to work,” Trippon says. “Twenty-one percent of people who had retired with a net of $1 million had to go back to work within five years. That really intrigued me, so I did a three-year research project to determine the primary causes for someone going back to work after retiring.”

That research became the basis for a recently published book, How Millionaires Stay Rich Forever (2004, Bretton Woods Press), and a Web site, www.stayrichforever.com, in which Trippon attempts to pass on some of his empirical knowledge of how those who have become millionaires can stay that way. He also includes strategies for those who aspire to millionaire status.

In order to help his readers generate a lifetime of wealth and be able to pass that wealth on to subsequent generations, Trippon identifies what he calls “The Four Pillars.” These pillars represent the abilities to:

o Protect wealth in times of disability and after death.

“One of the things I discovered in my research was the importance of working with an investment advisor,” he notes. “The statistics proved that people who did work with an advisor had a substantially higher likelihood of not going back to work. I knew that intuitively, but it was a good point to validate.”

Trippon recently took some time to discuss the implications of his strategic third pillar–receiving tax-efficient income–for investment advisors and their clients.

Your book is titled How Millionaires Stay Rich Forever. Can you talk about the relationship between taxes and wealth retention? Minimizing tax liability is, of course, one of the key factors for maintaining a successful retirement and in building wealth. I probably have a little bit different perspective on taxes than a number of your readers, being a CPA as well as an investment advisor.

For people in the first group, typically the tax rate is somewhere between 30% and 35%, whereas people who live off invested capital will typically have a tax burden of anywhere from zero to 15%.

You might ask why someone who works behind the counter in a coffee shop would be in a higher tax bracket than a millionaire. Typically they are, which shouldn’t be surprising if you consider the background and wealth of who typically goes into politics and who writes the tax code and where their interests lie.

In this past year we’ve had the biggest tax cut for millionaires in years, when we cut the dividend tax rate 60%. The typical working person behind the counter in a coffee shop, or in an executive position with a corporation, didn’t get a 60% tax cut last year.

So, to me, taxes present a tremendous opportunity for advisors, not only to help create wealth for their clients but also to maintain it. To do this, you have to start with the framework that there really are two systems of taxation and it is to your advantage to be as much as possible in the lower tax system rather than in the higher tax system.

How can advisors help clients make the most of the recent changes in the tax code that you mentioned? One way to make most of those changes is to reevaluate their clients’ portfolios and to consider inclusion of higher-yielding, dividend-paying stocks. There’s an obvious immediate tax advantage to doing that. If you went out and put the money in a bank [CD] and earned 2% interest, you might pay a tax rate of up to 38% [on earnings from that CD]. Whereas if you invested the same amount of capital in the stock of that bank, you’d probably have a higher yield than you were getting from your CD. Granted, you would lose your protection from FDIC insurance, but instead of being taxed at a 38% rate on the interest, you’d be taxed at 15%.

What else should advisors be doing in today’s market? One of the theories I have in my book about staying rich is that you cannot rely solely on price appreciation of your portfolio to secure your retirement. The average mutual fund, according to Morningstar, has a dividend yield of less than 2%, yet it has average expenses of about 1.5%. So your net yield from that mutual fund is 50 basis points.

The issue you get into real quickly as a retiree is that if you only have a net rate of return of 50 basis points on your portfolio, you are solely dependent on price appreciation. If you have a situation like we’ve had the last five years where three of the five [years] were substantially down, that can account for quite a lot of people going back to work.

Statistically, it’s not that unusual [for the markets] to have a couple of down years in a row. So investment advisors [should work to ensure] a much greater rate of investment income from their clients’ portfolios.

What steps would you suggest advisors take to increase income for their clients? With my own clients, I recommend a number of strategies, including the use of dividend-paying stocks and short-term Treasuries. Other vehicles, such as REITs or royalty trusts, can also be part of the mix. The key to maintaining wealth is seeing that cash flow is about equal to–or ideally in excess of– the client’s cost of living.

My advice to advisors would be to look at portfolios with a critical eye toward income generation because clients are not going to be able to generate a 15% return in appreciation like they did in the 1980s. If you assume that they will, you’re going to have some pretty unhappy clients.

Another thing that advisors should be looking at for their clients, or at least talking to them about, is that more people than ever before are subject to the alternate minimum tax either because of depreciation deductions or charitable contributions.

Many advisors help their clients generate charitable deductions either through planned giving or through steps like a gift of appreciated stock. One thing advisors should be talking to clients about is whether those [gifts] are making them subject to the AMT.

Advisors should also be meeting with the CPAs of those clients to see if anything can be done to structure the portfolio to remove some of the current tax obligations.

I’m not saying they should necessarily act as a tax advisor if that’s not their expertise, but [they should] work with the [client's] tax advisor to generate a sufficient portfolio structure where the clients aren’t getting clobbered.

What tax advice do you have for advisors themselves regarding their own businesses and tax liabilities? I think there are two areas where advisors can help their own tax situations. One thing that’s important for advisors, since so many of them are independent contractors, is to be sure they’ve done everything they can to maximize their own pension benefits.

Many advisors working in fairly small offices could be leaving a lot of money on the table if they’re not efficiently increasing their own tax deductions. I think a lot more are setting up SEP IRAs, which is a trend that seems to be growing because of the instability of the Social Security system.

The other area would be to take a look at the new depreciation rules, where depreciation has been accelerated. The limits on first-year depreciation have been increased to $100,000, and the acceleration of depreciation has been fattened up under the new tax rules. It’s something that some advisors may not be focused on because they’ve just been working so hard for their clients. They may find, however, that upgrading the computer system they’ve been putting off dealing with will give them some significant tax relief next April.

The regs include basic statutory amendments made by the CARES Act.

But watch out — the proposed regulations could affect HSA eligibility for some concierge care users.

Should Clients Donate Now or Later?

There are several valid reasons for either choice, and for many clients, the answer is both. 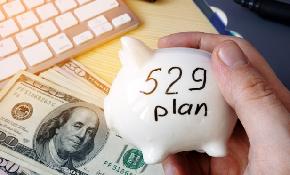 Distinctions between advisor-sold and direct-sold plans will be eliminated.